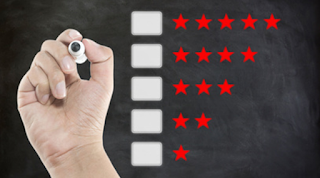 The Centers for Medicare and Medicaid Services maintain a five-star rating system for nursing homes. Those with five stars are considered the best. Gracedale, Northampton County's nursing home, now has a rating of just one star, or "much below average." Human Services Director Allison Frantz advised Council of the latest drop on May 18, and even admitted that the County had known it was coming. She said the Department of Health was recently taken to task for inadequate oversight, and that Gracedale is paying the price. But of eight nursing homes within a ten-mile radius, Gracedale is the only one with a one-star rating.

At the end of last year, Gracedale had achieved a four-star rating. Then the slide began. In January, the rating dropped to three stars. In March, it dropped again to just two stars. Now it is just one.

In addition to this drastic drop in its rating, Hayden Phillips is concerned that Gracedale is also losing residents. Last year, there was an average of 662 residents. Now, it is 650, which translates to over $1 million in revenue over a year. Frantz denied there is any correlation, and said that census increases over the year. She said it has been steady at 662 since April.

"One star is not who we are," said Frantz. She attributed the poor rating to what she calls "low level deficiencies."

Bob Werner also minimized the problem. "They nit pick, if I may use that term."

The state Department of Health lists 105 surveys for Gracedale online. These "low level deficiencies" include problems like openly displaying computer screens that display a patient's confidential information, unattended medication carts, forcing some residents to eat meals in restraints, failure to review resident drug regimens, failure to report possible abuse to state authorities and failure to notify family members of changes in a resident's medical condition. In March, Gracedale was cited after it was discovered that one resident was receiving three times the recommended daily dosage of a psychotropic drug.

Gracedale was also sanctioned with a $2,500 fine by the state Department of Health over numerous missteps in the way the facility responded to an attempted suicide.

Over the past year, Gracedale has been hit with 15 health deficiencies, which is twice the state and national average.

These deficiencies reflect Gracedale' poor rating for "quality measures," which measures things like the use of psychotropic drugs, pain management, bed sores and infections. Gracedale has just one star in this category, which is considered "much below average." It had this rating through all of 2016 as well as this year.

Most nursing homes, including Gracedale, improperly use psychotropic drugs. At Gracedale, one of every four long-term residents receives antipsychotic medications, and 35% of the facility's long-term population are on anxiety or hypnotic drugs.

A 2011 study determined that 88% of Medicare claims for antipsychotics prescribed in nursing homes were for treating symptoms of dementia even though those drugs have never been approved for that use. Federal law prohibits the use of psychoactive drugs when they are just for the convenience of staff. There has to be a documented medical need for the drugs. Otherwise, they are considered "chemical restraints."

After an effort to sell Gracedale failed in 2011, Northampton County has made changes to help improve the facility. A privatized administrator runs the facility. There's an advisory board made up Gracedale supporters. Council Executive John Brown and Council have watched carefully for increases in overtime and other labor costs. Quality measures were never discussed in 2016, and only became a topic of discussion in March. That was after Peter Melan, a Democratic candidate for Council, criticized the County's failure to discuss quality measures.

Gracedale Administrator Raymond Soto is now telling Council that the nursing home is working on a plan to reduce the use of psychotropic drugs. But at the same time, he said many other nursing homes are getting increased scrutiny and are in the same boat as Gracedale. He and Human Services Director Allison Frantz both blamed a July 2016 performance audit by state Auditor General Eugene DePaaquale, calling on the state Department of Health to increase its oversight of nursing homes.

In a 25-mile radius of the county-owned nursing home, only one facility other than Gracedale has a one-star rating for "quality measures."
Posted by Bernie O'Hare at 6/12/2017 12:00:00 AM

Peacock Warner talks out of both sides of his mouth. He was quick to criticize private nursing homes for low stars when Gracedale had high ratings, yet now Gracedale's pathetic one star rating is the result of "nitpicking." Typical phony politician.

Gracedale should not become a political football again. People have spoken and they want the county to keep Gracedale. Therefore, it is up to the county to make sure it improves its performance. We have all seen this game plan before. Right around an election, Gracedale is not doing well. So after the election and the Republicans all win no doubt there will be another effort to thwart the will of the peopled and sell the Home. This is obvious. Just another game using the home just like the last time..

The people spoke during a primary election in an off year. Things have changed. The people should be given a chance to speak again.

How much of this has to do with employee morale? All after Trapp took over??

Another failure of the Brown/Allen/Trapp team and their useless cohorts on council. This so called "cost-effective" government, from Brown through Council, has to go!

The only people that put their loved ones in a one star facility are those that lack the means to go anywhere else. If the County wants a competitive facility that attracts more than those that have no other options for such a huge facility, they need to fix those problems as soon as possible.

I'd agree that the problem is from top on down. An Executive and Council more concerned about costs than ensuring proper care. An administration that has played into this instead of correcting these poor quality measures.

John Brown and the county council all get one star rating. Dump them, keep Gracedale.

Brown and Company need to go! Brown, Allen, Trapp, and Keen high paid disasters. Wonder were they will go when the get the old heave ho?

GET OUT AND VOTE!

Word on the street is the republicans are getting advice on Gracedale form Stoffa and Angle. Good luck with that.

MY father-in -law would have discussions about this place he cared so much for.Years ago after 78 was complete the transplants start arriving and they were more savory than the locals .They were moving 'grandma' in after they depleted her saving and she was getting to be more of burden than her social security check was worth.Revenue depletion. The way they were accepting residents was a concern. I can't say if this issue is an present day concern but did the county get return on some of disposed assets from some of the selfish relatives. The ability to at least plan for geriatric care is part of social responsibility to your spouse, sell the beach house. Stars mean nothing really it's how the residents are living a day at a time and the staffs interaction to their needs.

What a disgrace! Brown, Allen, and Trapp should have to live there until it is back up to 5 stars.

Lehigh County must be doing something right or at least better.

By the number of beds, Gracedale is the second largest nursing home in Pennsylvania behind the Fair Acres facility down near Media. Lehigh County's Cedarbrook is third in size by number of beds.

All are county-owned and operated.

Fair Acres has two stars. Gracedale has one star. Cedarbrook has five stars.

Typical nonsensical response about Gracedale. The days of "milking assets" are long over. Not everyone has a "beach house" and not everyone has someone to care for them. The county has a duty to help the poor elderly of this county. that is something the dye-hard alt-right does not understand.