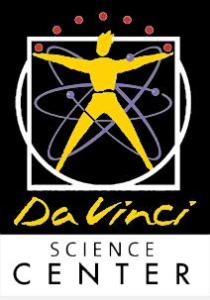 Da Vinci Science Center Executive Director Lin Erickson updated Northampton County Council June 1 on its proposed Easton Center expansion. It's a 170,000 sq ft facility that includes a science center, a 500,000 gallon aquarium with large view panes, an Aquarium Restaurant and event center with seating for 500, an immersion theater, a creativity studio or "Fab lab," classrooms and offices. It is proposed at Days Inn on Third Street. Since that's already in the floodplain, it should be easy to fill the aquarium.

This is a $130 million project. Northampton County has already spent $50,000 in hotel tax grant money for a feasibility study, but that's nothing compared to the $30 million pledge made by Easton. It has already agreed to purchase Days Inn, with closing scheduled in December.


According to WNEP-16, Ripley's Aquarium was in talks with Tobyhanna officials last year to build its fourth aquarium near the Kalahari resort. Erickson never disclosed this possibility to Council in previous meetings, which members like Hayden Phillips and Bob Werner.

Now she claims that she conducted a study of markets that have aquariums in close proximity. "In all instances, the multiple aquariums coexisted, and they were very successful," she told Council. She said they were "complementary," and offered "distinct experiences." She cited San Francisco as one example. She indicated that the experience in Easton would be completely different than a Ripley aquarium.

She did say that the DaVinci aquarium would have sharks.

Given that Northampton County's total real estate tax revenue is only about $100 million per year, there's something fishy about this projection.

Erickson also claims there will be 200 permanent jobs at the site, as well as 650 union jobs during construction. 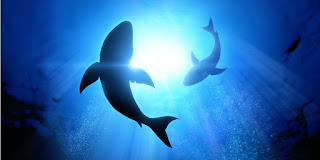 Right now, Erickson is having trouble raising the $1.2 million needed for a real feasibility study, as opposed to whatever she has done. She claims to have $425,000 in secured gifts and pledges. She claims to be "in negotiation" for an additional $400,000. "We are delightfully pleased with the funding opportunities so far," she said.

Ron Littlefield, former Mayor of Chattanooga, addressed Council by phone. He said his City was once designated by no less a person than Walter Cronkite as the dirtiest city in America. The aquarium is one of the reasons the City turned around. He was unable to tell Council President John Cusick how much money Chattanooga spent on the project. He did say that hotel taxes paid for the project.

Easto Mayor Sal Panto,who not long ago was waving pom poms for a High School Hall of Fame in downtown Easton, is now cheering for the DaVinci Center. He claimed  to be "very, very pleased by what we've seen over the last six months. A lot of studies are being done. It is amazing. A lot of big, large corporations are really interested in this project."

Right after talking about the City's A plus bond rating, Panto told Matt Dietz that the City has already spent $6 million on this project,and intends to borrow $24 million through a bond issue,paid by the amusement tax on 400,000 visitors per year and income taxes paid by 200 permanent workers. .

Peg Ferraro called the project "exciting." She said, "DaVinci has such a history. They have a track record."

650 Union jobs. Say no more, Ken Kraft will be all in for the project. Didn't he do the same with the Human Service building? If his guys get jobs, you get his vote.

Northampton County has more pressing problems than a big fish tank in Easton. Practically next door you have an archaic crumbling prison. Let Mayor Panto pay for this, afterall, if successful, he is the one who will benefit.

This is a project that this area of Easton drastically needs. It will force road improvements in that traffic-snarled mess and get rid of that disgusting Days Inn which is a rampant home for crime.

Only curmudgeons are against this. Make it happen Sal!

This blog article is spot on. If a developer came to me with a project needing $130 million of capital funding and then proceeded to tell me that he or she was having difficulty raising a relatively small portion of that money for a feasibility study, I would be very concerned about the financial viability of the project. I say this even though I have a positive opinion of the existing DaVinci science center and it's current staff.

Curmudgeon here. Or rather proponent of using taxpayers money wisely. This is the dumbest public project ever! The privately funded aquarium at Kalihari will be open at least two years before Uncle Sal's Fish Tank. It will be bigger and better. No one outside the Lehigh Valley will be interested in the scrubby Easton aquarium two years later. Kalihari is a destination resort. People already flock there from the NYC area. Are they going to stay overnight in Easton to see a smaller aquarium and the friggin' crayon fun house? That is laughable! The only good thing coming out of the waste of money study will be to show what a mangy fish with barnacles idea this is!

Bernie - talk to Sen. Scavello about this. Rumor has it he is livid about the DaVinci deal as the Ripley's Aquarium up in the Poconos has been in the works for several years now.

I'm unsure as to whether council is being obtuse or just paying lip service to this organization's fantasy.

DaVinci is not being honest in hoisting up an aquarium in Tennessee as an example. For starters, the Chattanooga aquarium took 12 years to build. It had no nearby competition, required a herculean effort by a single donor and a single foundation that the Lehigh Valley doesn't possess, lawmaker influence and access to dollars the Lehigh Valley doesn't posses, and had the benefit of raising donor funds in an era of great local economy and from a state that at the time, was flush with cash to spend on such a project.

Easton is also a small village compared to Chattanooga.

I'm not at all opposed to DaVinci doing something in Easton but that board is on the hopium if they think this is a realistic endeavor.

Kraft voted NO to giving them Money to do the project

It shall be called the Rover73 Fish Tank and feature shad, exclusively. Mayor Tom18017 will conduct the ribbon cutting and Mrs. Paul's will pick up the entire tab for the Shadtown spectacle. I'm waiting with baited breath. It is it breath that smells like bait. Whatever. Sal is like Fiorello LaGuardia walking among us. We should be thankful to breath the same air as such an astute politician and cunning linguist. Naysayers be damned.

This project is really floundering. If you have an idea that can possibly work let minnow.

That land is no longer available

Why is a 'study' 1.2MM - how many hours are required by the brightest people on Earth, to tell you if this will or won't work. Software today should have pretty much what anybody looks for in demographics.Just get a Lafayette kid to do a 'paper on it' and you will have it. Consider this -Mandela Research one outfit -say's-- U.S.Culture and Heritage Travel the average traveler in this market spent 994.00 usd as opposed to 611.00 usd against all U.S. travel . So-in that market place during 2009 that told them something,118.3 million adults were seeing this type of market. Is it a great idea if it works -you betz ya. besides it's down the hill from the prison and if they throw in a bad boy once a week to the sharks --don't worry, you'll fill up downtown AND reducing recidivism.

With Ripley's project slated to build next to the water park in the Mountains just a little over 40 miles away will indeed be a HIT to Easton's Project. It's going to be a double edged sword because people living up toward that area with kids are going to take the shorter drive rather than travel down to Easton. & likewise for people in our area they will choose the shorter drive myself included. Why drive on RT378 RT22 RT33 & I80 when I can just jump on Freemansburg Hi way & be in Easton within about 15-20 minutes depending on traffic from Bethlehem. Than 45-50 minute drive & lot's of traffic to deal with on I80 from RT33 gets to be a Log Jam up to Swiftwater Exit on the weekends with everyone heading to the Mountains from work from NJ & NY on I80. I know because I been stuck in a traffic Jam on that stretch of I80 on a Friday Night heading up to my parents Cabin in Lake Wallenpapack.& it's a Log Jam the other direction on I80 to RT33 on a Sunday evening because everyone is heading home from the mountains for work next day & the State has RT611 from Swiftwater Exit to entrance of casino Single lane now for repaving project

Why drive to Pocono Manor rather than Easton? How about an aquarium much larger than Uncle Sal's Fish Tank, next to the largest indoor water park in the USA, with one of the largest arcades in the country? I think the 40 mile drive, even with some traffic, would be worth it.

Anon 11;06 Water park people are not going to be in same market as a STEM kid and day trips ,what do you think. Students that have a heads up on why they go to the Smithsonian Institution for example ,are prepared by their teachers on what to look for and why.Remember a hair raising event.I loved that place. What do the trustees at Da Vinci know.This would be wonderful facility and it's not geared for ''entertainment''but to foster thought positively ,making it 'fun'. I think Lafayette College folks should get on board here.'' I gotta believe '' the world of Da Vinci will open opportunities for college students as well that are unexplored now. What do you think.--my key board missing question mark,sorry.