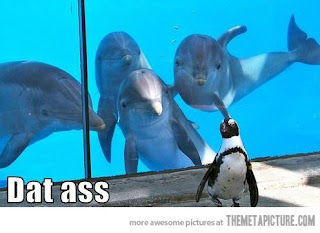 Da Vinci Science Center Executive Director Lin Erickson is scheduled to make a presentation to Northampton County Council today concerning what Council Prez John Cusick has derisively called a "fish tank" in Easton. That city has already agreed to contribute up to $30 million of the projected $130 million cost.  But then again, Mayor Sal Panto thought a high school Hall of Fame was a great idea,too.

Easton already has an agreement to purchase Days Inn. That aging hotel will be demolished and replaced with a 170,000 sq ft facility that includes a science center, a 500,000 gallon aquarium with large view panes, an Aquarium Restaurant and an event center with seating for 500, an immersion theater, a creativity studio or "Fab lab," classrooms and offices.

Erickson never bothered telling NorCo Council, when she pitched successfully for a $50,000 grant, that a similar project was under consideration in Monroe County. Nor did she tell them when she later came back in a failed attempt for another $50,000.

Amazingly, Erickson only knew about this because Diane Donaher, NorCo's former Director of Community and Economic Development, told her. Donaher told Erickson, but never bothered to tell Council. Erickson explained that she had no idea if the plan was moving ahead or not, so she never told Council. Phillips found that explanation to be "disingenuous," but Glenn Geissinger said it would be "absolutely unreasonable to have asked you to notify us of a project that may or may not exist."

According to WNEP-16, Ripley's Aquarium was in talks with Tobyhanna officials to build its fourth aquarium near the Kalahari resort.

Build the prison on top of the aquarium. Win/win.

that would be Tobyhanna officials

tonyhanna officials would be an army of Tony Hanna clones.

Give them more money council, that is your mantra! While your at it, raise my taxes again for no good reason.

Taxes for fish..... Isn't this what private investment is for ?

Easton buying the property is a good idea and the City should be commended for taking decisive action on such a nuisance property.

The aquarium is a bad idea. They will spend years, perhaps a decade or more, trying to cobble that amount of money together and never get there. It is the wrong project for the wrong time.

This isn't the 1990s where corporations would give $10 million for some naming rights and the government would give you millions in grants towards such a project.

You can only build those things today with bonds through an authority or if you have a one of a kind fantasy land tax scheme like the NIZ.

Uncle Sal's fish tank is is an incredibly dumb idea, and waste of money. Built in a flood zone with poor road access. If Kalahari builds a bigger one next to it's fabulous resort, game's over. This idea needs to swim with the fishes.

Sal needs to resucitate the Al Bundy Hall of Fame he championed not long ago, with Jack Cuvo in the first class of inductees!

I do not understand this project. The city will borrow 30 million plus which means debt service is at least 1 million plus for thirty years. If the project fails after ten years, then taxpayers will have to pick up the pieces. Nearly bankrupting city. Businesses do not survive twenty years. Why would you think this project would survive that long.

Everything about this project is "disingenuous".

What you will see tonight is a very slick and orchestrated PR campaign designed to fleece as many tax dollars as possible from Easton and Northampton County residents.

I am willing to bet that the local press has already been provided a briefing on what will be presented tonight, well before the public sees it and possibly even before their elected officials see it.

What that means is that the stories on tonight's meeting are already written, with only a few quotes to be filled in to make it all seem legitimate. There will be no real discourse tonight, and any public sentiment against the project has the deck stacked against it.

IF, and its a big IF, the financing can be worked out - I don't understand why people are so down on this project. Coupled with the Crayola Experience, an aquarium/science center would be a great fit for Easton and the Lehigh Valley. Close to 78 & 22, it would attract tons of day trippers and school field trips which would be a boost to local retail shops.

I find their financing model of the Chattanoga Aquarium 100% disingenuous as you put it - as that model can't and won't be applied to this project. I don't know who told them that it was a relevant example. It's equivalent to using the NIZ as a model to replicate development of a downtown anywhere else in the world.

The DaVinci Center folks are out over their skis on this project. I applaud the ambition and thinking big ideas but the $$ reality of building it is impossible to ignore. They are going to ask the county to fund a study that will arrive at this conclusion - project is too big, financing untenable, competition too close. Project needs to be scaled down, create a new niche. Several months later, they will be asked to fund another study of that scaled down proposal.

I know Easton feels it's due for something. Allentown has baseball and hockey, Bethlehem has a casino. However, a $130 million dollar aquarium is a fool's errand.

Anon 10:32. There is a much larger world-class aquarium in Camden. So no one from the Philly area would come to DaVinci's. If Kalahari builds a bigger one, NYC area residents would go there. This is a pipe dream and water of taxpayers money.

Another concern. This proposed non profit could soak up all the charitable money that goes to the State theater, signal museum, Hugh Moore park, etc. It may just be too big for such a small town to really support. It may work better in Atown where the tax schemes could favor the development.

I doubt county council will give them any money. They are waiting until after the election to rubber stamp John Brown's $100 million jail next to Gracedale.

If the private sector will not fund an aquarium then please do not do so with tax dollars. If it's not profitable then it becomes a hole in which to dump truckloads of money.

Much better option for hotel taxes than aquarium to compete with private industry development. County Council needs to say no.

Sounds fishy to me.

"Great project and great location"? Compared to what? A bridge in the middle of the Sahara desert?