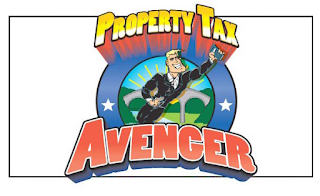 Late last year, Executive John Brown sought a temporary Assessor II position. It was easy to justify as a prelude to reassessment. But Council is having second thoughts about a request from Human Resources Director Amy Trapp to reclassify the position from temporary to permanent. In a 7-2 vote, they voted last night to table the request. The two dissenters were Seth Vaughn and Mat Benol, who generally vote for what Brown wants

Human Resources Director Amy Trapp told Council the day before that a permanent position is needed because the work this temp is doing is unfinished. In fact, this was supposed to be only a six-month job, but the assessor doing it is already working on her second six months.

Trapp also said there was no need to post the position internally because the only person who possesses the necessary qualifications is the temporary employee. She is in fact a former County employee who was previously employed as an Assessor III. Trapp may very well be correct when she asserts this is the only person who is qualified for this job, aside from other assessors. But what she was proposing would make a mockery of the County's Constitution, the Home Rule Charter.

The Charter requires open positions to be advertised internally so that people can bid on them. Under the Charter, this Assessor could be appointed provisionally (Section 804(e)) while the position is advertised Trapp instead just chose to ignore the Charter completely.

Council's decision to table this new hire was without debate. Motions to table are never debated. But I suspect they are telling Trapp and the John Brown administration that they need to follow the Home Rule Charter. I also suspect that the explanation Trapp gave is inadequate.

Also, as someone who works with real estate myself,  I can say with some certainty that the County is insane if it expects to be able to do a reassessment with one new hire.
Posted by Bernie O'Hare at 6/16/2017 12:00:00 AM

It's about time that they start standing up to Trapp's BULL!

Amy trapp doesn't care about what is right. She is trying to justify her 104,000 a year salary.

Isn't it actually any Assessor I position? In which case, lots of people would be qualified. Why would you hire a temp as an Assessor II instead of promoting a current Assessor I?