Bethlehem Leaders Claim To Work Together 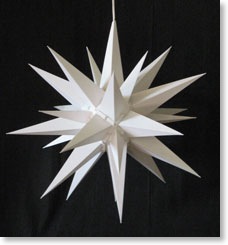 Bethlehem City Council Prez Willie Reynolds has asked me to publish an op-ed that he and Mayor Bob Donchez have co-authored. I am happy to oblige. Though this story will also appear in both dailies, publishing it here gives me an opportunity to give my own perspective.

I do agree that Bethlehem leaders usually do find away to work together. But how hard is that in a one-party town? This is a real problem. Our urban centers are becoming increasingly Democratic while our suburban communities are moving to the right.

From the earliest days of the Moravians to the formidable industrial power of Bethlehem Steel to the contemporary era of revitalization, people have always wanted to move to Bethlehem to live, work, and raise a family. We have safe neighborhoods, strong schools, and opportunities for citizens of all ages, income levels, and backgrounds. The center of our City’s story has always been the idea that everyone in Bethlehem is part of a bigger community. It is a community that always finds a way to work together for a shared purpose.

The closing of Bethlehem Steel over twenty years ago has not prevented the continued vitality of our great City. Led by former Mayors Smith, Cunningham, and Callahan, our City persevered through difficult financial times to stabilize and regenerate itself into a diverse 21st century city of opportunity, vigor, economic and cultural promise. Many other cities facing comparable post-industrial challenges have not experienced the same levels of success and resiliency that have characterized Bethlehem over the past two decades.
A fundamental factor in the continuation of this revitalization has been the hard work of the City’s current elected leadership, department heads, employees, and citizens. During a time in our country’s history that finds many governments plagued by antagonistic competition between the executive and legislative branches of government, Bethlehem provides an example of what is possible when doing the right thing takes precedence over narrow self-interest. This type of cooperation has not always been the hallmark of our city government. Bethlehem has, in fact, seen its fair share of years where contentious acrimony overcomes commitments to the shared good. Thankfully, 2017 stands as a time of collaboration and teamwork among everyone involved in our City.

Our City Administration, with support from City Council, has made significant progress over the past four years in fortifying the City’s financial future while always making good on the promise to do more with less. Acting with a core commitment to the well-being of our community as a whole, the Administration has executed a number of pro-active financial measures, not designed to play to short term reactions, but rather to protect the long-term financial stability of the City while continuing to deliver the highest quality municipal services to our residents and surrounding communities. This progress throughout our City would not be possible without a shared determination by the Administration, City employees, and City Council to make the right, albeit not always easy, decisions.

Building on this collaborative foundation, the Mayor, City Council, and members of the Bethlehem community are currently working on several joint projects that will extend the progress we have made. With help from dedicated citizens and local environmental groups, our City has begun work on a Climate Action Plan that will put Bethlehem at the forefront of cities doing their part to battle climate change. North Side 2027, an initiative undertaken with cooperation from the Bethlehem Area School District and Moravian College, calls for increased investment in our north side residential neighborhoods. Social media and open data efforts currently underway will increase the efficiency and transparency of city government. Ideas emanating from several members of City Council have prompted constructive review of a variety of proposals that the City will consider to enhance openness and accountability within our governmental processes. As public officials elected to continue the progress inherent in the initiatives listed here, we sincerely encourage our fellow citizens of Bethlehem to join us in transforming these initiatives into policy.
At a time when many governmental bodies seem paralyzed by private ambition and divisiveness, Bethlehem should be proud that both its leaders and citizens have shown commitment to find ways to come together to move the City forward for both the present and the future. The sense of community and shared purpose manifested in that commitment is in fact, what makes our City so special; and why people want to call Bethlehem home.

Don't fool yourself into thinking all Democrats are the same. Bethlehem has always had the 2 party system. The old school Democrats like Donchez and Evans, who are following in the footsteps of Schweder, Marcincin, Delgrosso and others like them. Then there are the new school progressive Dems, like Reynolds, Callahan, Cunningham and even going back to guys like Mowrer. I would even put Gregory in that category.

It is nice to see the Reynolds clan playing nice with Donchez. Callahan never really had the same courtesies from council when it was led by Schweder and Leeson.

This is nothing more than a set up for Reynolds to become the Anointed Mayor in 4 years as he cut a deal with Donchez to not run against him this year. Unfortunately Reynolds has underestimated his repeated rude arrogant behavior toward respected citizens of the city at city council meetings. He will face the same fate as Hillary when a populist candidate faces him down in 4 years. In the meantime he can waste his time diverting attention from city unethical behavior by pretending to save the globe from bogus climate study data.

You said the same thing about the Council members and Donchez for this year's election after they passed the Martin Tower re-zoning, and failed to deliver any candidates to challenge them. They all ran unopposed.

I can't wait for Martin Tower to be developed with a new hotel!

Callahan was and is an arrogant tool and everyone knew it. You noticed how the Bethlehem voters knew it when he ran for county executive.

They should have also mentioned all the "winners" the casino brought into my beautiful city.

@11:53 Callahan was and is one of the best mayors in our city's proud history. His championing of Steelstacks alone will see to that, not to mention LVIP VII, Greenway, Casino etc. Don't confuse confidence and competency with arrogance. Might be hard for a jealous bitter person like yourself.