Should Mandatory Retirement Age of Judges Be Upped to 75? 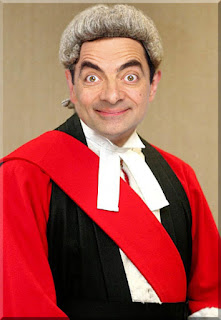 This question is actually on the ballot in two states this November. In addition to Pennsylvania, voters in Alabama are being asked to increase the retirement age. Oregon voters will consider eliminating it entirely.

In Federalist No. 79, Publius (Alexander Hamilton) argues that independent judges should serve for life. I agreed and voted to increase the retirement age during the primary. But in nine of 11 state referenda on this topic since 1995, the measure has failed.


I am not in favor of raising the mandatory retirement age for judges from 70 to 75 years old. It is not based on my opinion of the mental capacity of 71 year old jurists. It is based on my belief in term limits. Raising the retirement age will add 5 more years before mandatory change can take place and I don't think that is a good thing.

Not no, but HELL NO.

Judges should be limited five year appointments and that's IT.

Hokie Joe says:
Someone just doesn't get it. Term limits and serving till your 75 are two different issues. You can have term limits. Judges are elected for ten year terms. Change it to two or three six year terms. The Senate and the House can follow the example. However putting a judge out to pasture when he is only seventy doesn't make sense. He can be elected and not serve out a full term.??????? Seventy Five seems a fair age.

At 75 you can be painting pastures, not serving in a courtroom. We need mentally sharp people as judges, not old people with borderline dementia.

putting a judge out to pasture when he is only seventy doesn't make sense.

No it doesn't, that's why they can continue serving as senior judges. No need to raise the retirement age. What's really going on here is that Republicans in Harrisburg are trying to keep incumbent Judge Saylor serving on the Supreme Court. He would have to retire next year if the referendum fails.

The Senior Judge thing is a sweet deal. Some of these folks continue to make nice coin until they drop. Just check out the sweet deal some former magistrates have.

Baked Ziti should be taken off the menu