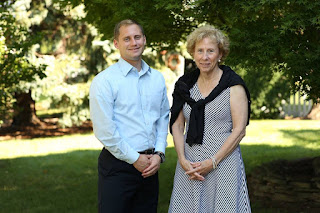 In case she wasn't clear enough during the primary, State Rep. Julie Harhart has blessed Zach Mako again as her heir apparent. Harhart has been useful to the Harrisburg power structure as someone who does as she's told. Even now, on her way out of government, she's too timid to cosponsor legislation to end gerrymandering. Mako can be counted on to continue that tradition of subservience.

Mako has given the worst debate performances I've ever seen. It goes beyond style and raises questions about his basic competence. He clearly has no grasp of statewide issues.

He has been ducking a debate request from the League of Women Voters and passed on an opportunity to appear on television with opponent Phillips Armstrong. But on Friday, he finally said he'd be available right before the election.

The Mako shark fears no man! Your buddy Phillips A. (what kind of first name is Phillips?) will fall on election day. This is a Republican seat and it will stay that way. We need real world experience. We don't need another lifetime public teacher in Harrisburg.

Something smells FISHY about this Mako.

I remember in the 2014 Primary, Julie Harhart refused to debate Marc Grammes. She said she was too busy. Well the same broken Harrisburg we rallied against back then is still broken today. The campaign fought very hard to get her to debate so voters could compare and contrast. Here we have a very experienced legislator and a very inexperineced kid, pullling the same tactic. Except now we have a kid who still follows his parents and wants to be a "world" leader but cannot even face his opponent. Too little, too late Zach. Republicans deserve a primary do-over.

I like Zach
Zach is a Republican
That's all I need to know to support him.

Vote TRUMP... Vote full slate Republican...... NO more free cell phones Get America off its ass and back to work and not looking for a freeby or handout....

I see. Pull the lever no matter what the candidate is like. Phillips Armstrong is thoughtful and articulate while Mako is a few cards short. But you'll install an idiot bc he is with the right party. Yu;ll even install Donald Trump, even though he is not really a Republican.

Even vote for Hillary because she's a Democrat. No matter that she's a liar and crooked as hell.

Mako's literature states that he would like to get rid of real estate taxes. How does he intend to pay for schools, roads, and other basic services provided by local government?

Bernie,
I thought Allentown's sneak that snuk the infamous law under her skirt was top choice, not dark voter!?
REpublican redd not joining nor traveling with either of the carnival circus sideshows