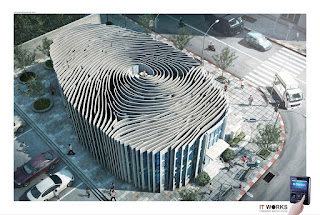 Punch clocks are standard fare for Northampton County employees who work at the jail or Gracedale. Not at the courthouse. When he was Executive, Gene Hartzell used to stand at the door at 8:30 every morning, and tease employees who were late. Wayne Grube liked to do that, too. He'd look at his watch and  ask,"What time is it?" Amy Trapp has a different approach. She installed a punch clock on the third floor for her own staff. you can expect to see more of them in the near future.

County workers view these with suspicion. Bob Werner, who'd like to be Executive himself, tried to make Trapp look like the heavy.  He conveniently forgot that the idea came from Council itself, a point that Acting Administrator Cathy Allen made. It followed an audit by the Controller of Public Works. She said it is actually an "unfunded mandate" from Council because she has to scrounge for the money to buy clocks. "I know the employees are not excited or happy about this, but we need to capture time," said Allen.

But Trapp likes the idea. She wants every worker who is overtime eligible, union or nonunion, to punch a time clock. It is actually not a punch clock but a fingerprint clock which would prevent one person from signing in for another unless he chops off that person's finger.

At the courthouse, the timeclock on the third floor is used by any member of her staff who is over-time eligible. It also includes over-time eligible employees in the mail room, administrative services, Solicitor's office and County Council. She explained this is far more efficient than having a manager waste time filling out time sheets daily and weekly.

The next phase will be a timeclock for PublicWorks, then Deputy Sheriffs.An employee will be able to clock in on any floor.

"It's great to have an idea, but if you can't get it to the people the right way, to the masses and get them to understand it, it is just an idea and will never go any further," condescended Werner.

Each employee received individual raining,said Allen.but Werner complained it should be written.

Who changed the fourth floor to the third floor? What the Hell is that all about?

It's been the third floor since the courthouse expansion was done.

No OT in the budget. So you clock in/out and go back to work and get comp. What has changed.

7 minute range -- So you come in 7 minutes late and punch out 7 minutes early. So what has that helped.

Cathy should use the clock as an example for County Employees

shame management must protect the citizens from county employee sloth

It's not only county employees who steal time, private sector employees do as well. Until biometric time clocks are installed. Then the problem of time theft goes away and the remaining issues are lack of productivity, people failing to get along, and people lacking the skills necessary to do the job correctly.

As long as the admin. people use the same as the employees, I'm ok with it, NO DOUBLE STANDARDS for the working class and the privy few in the admin. I would expect that all admin. be at their desk at 8:30 sharp until closing at 4:30pm for normal courthouse hours, like all the employees are being asked to do.

Horrible to think that the biggest thief of county time and resources Cathy Allen is now lecturing council about the value if time clocks. What a disgusting phony.

If admin are overtime exempt there is no value in having them punch a clock. Admin also works off hours as they are exempt.

Please, no two sets of rules! One for the workers and one for administration! Nothing will change

Elaine, There should be a different set of rules for employees who are salaried. They cannot steal OT, so it would be silly to have them punch a clock. N'est pas?

"Horrible to think that the biggest thief of county time and resources Cathy Allen is now lecturing council about the value if time clocks. What a disgusting phony."

I have to be fair, here. I am highly critical of Cathy Allen and have made that known in numerous posts. But it was not her, but Council,who wanted timeclocks. She merely reminded Werner as he started to complain.

I have made clear that she lacks both the education and appropriate experience to be County Administrator. But the claim that she is a time thief is a lie. She has begun responding to emails concerning different aspects of county government. I will ask a question, and will get answers at all hours and on weekends. So she is a hard worker, if nothing else. I have to give her credit on that point.

For one thing, it eliminates a lot of paperwork. It also prevents time theft.

I'm salaried and average 60 hours per week. Some days, I blow off work at 3 PM and get funny looks from hourlies who weren't at work when I arrived at 4 AM. C'est la vie. When I divide my salary by the hours, I want to vote for Bernie Sanders and get on the free shit gravy train. Time clocks are like locks. They keep the honest from straying. The dishonest will find a way to steal time, like running off to teach a community college class in the middle of the day or simply dragging anchor instead of being productive. There's a reason it's called "work."

I welcome the time clocks. I work far more than my scheduled 40 hours, but still get lectured when I walk in the building at 8:32. My director doesn't care that I often work through lunch and stay past 4:30. Bring on the clocks!

Management that don't get OT should be there during 8:30 AM - 4:30 PM so hourly workers would be able to get their work down and answers on a timely basis. Without management mandated to be there during those hours all suffer. That goes for HR also!

Bernie, you miss the point. Cathy Allen cheated on her travel expense report. She tried claiming mileage from her home to Gracedale and Easton, which is against county policy and IRS rules. She is using a county car with no controls. She is often seen outside the courthouse milking cigarette breaks. And if you were to actually track her work hours you might change your opinion of her being a "hard worker." She is a sleazy, unprofessional political crony who takes care of herself and her friends first and always.

I am well aware she abused her expenses. I believe I broke that story. Is she using a county car with no controls? That is not what I hear, and believe me, I know people who look at that all the time. As for cigarette breaks, I am not going to hold that against her or anyone. I know exactly where she goes. I am suspicious that she does take care of her friends. I am not her pal and believe her unqualified. But I do think she works hard.

No, management should not have to punch a clock. These positions are exempt because those that hold these positions are trusted to do what it takes to get the job done. Hourly employees, on the other hand, can put in their time and be gone without a second thought. At least this is how is supposed to work theoretically...

30 years ago maybe. We now live in an electronic world where managers can be called upon as a resource without being in the same building or same city.