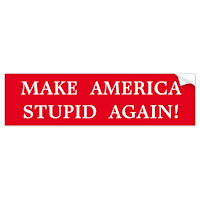 Wanna' know why State House candidate Zach Mako refuses to face Phillips Armstrong in the race for Julie Harhart's seat? In addition to being completely uninformed, Mako has violated military directives in his race for the state house.

According to the Office of Inspector General for the US Army, Mako improperly disclosed "future mission information" during a tea party-sponsored debate. he disclosed he would be heading to Europe, and that NATO generals would be getting advice from him.

In addition, Mako improperly played upon his military background in the primary.

Any adverse action against Mako will be taken by the Commander of his aviation brigade.

If there were a medal for stupidity, Mako would have several by now.

The letter from the Inspector General is below.

Once again you are swimming in dangerous waters, Bernie. The Mako Shark is ready to make chum out of your bubble-butt.

Looks like Mako is the one swimming in dangerous waters not Bernie, Mako is a low life that lives in his parents house, and has no respect for anyone, this clearly shows that he doesn't even respect our military. He's a debate dodger that can't speak for himself. Mako only got this far in this election by running on the shirt tails of Harharts name! SHAME ON YOU HARHART! for being a bitter old lady that has proven she really don't care about the constituents in the 183rd. Mako you have already proven to be a puppet for the establishment! All you think about is finally collecting a paycheck.

His slogan should be ""Uh oh, better get Mako"

Why is Robert Kerr such a bitter man? It really isn't a healthy way to live. Has he nothing better to do?

So his campaign strategy is run of Harharts name and send out flashy mailers made by others? He cannot even be made availble for a debate? Awful. The last thing we need is a puppet in Harrisburg

in addition to numerous mailers, he also has robo calls by harhart and a television ad, again featuring her. i should note that the same formula prevailed for him in the primary.

When you consider that the republicans didn't pass the pension reform in the house, even though they're in control, you see how broken harrisburg really is.

Mako just graduated from college last year. He has virtually NO job, government, or community experience. He was reading his answers off note cards at the spring debate. His campaign manager answers all the tough questions when he is out knocking. It is an embarrassment that Harhart is backing him.

"in addition to numerous mailers, he also has robo calls by harhart and a television ad, again featuring her. i should note that the same formula prevailed for him in the primary."

But this is not the primary. Harhart is popular among both Ds and Rs, but is more popular among Rs. I doubt many Ds will be influenced by her endorsement, and some may be turned off by it.

I love the fact that all of Mako's mailers come from the Republican Party of PA and then had the gall to send a negative ad depicting Armstrong as a puppet. He's the real puppet in this race.

Well, this will put a bee in Frank Harhart's bonnet.

Mako's campaign manager is resorting to the same negative distorted flyers he always uses. This guy does not care about the fact that Mako has no clue on the issues and NO experience. He just fights dirty to win at all costs. And the taxpayers and voters will lose if they elect a KID with no business even being in this race. Harhart does not seem to care that this kid has no qualifications, she does not care about the future of her district. She got her big pension, so she is happy.

bernie@11:29, living in the district i have the opportunity of seeing the mailers, and receiving the calls; they are slick. it worked for mako in the primary against cindy miller, who was well qualified. now in the general, mako's campaign literature is again more numerous and better packaged than armstrongs. i'm afraid that he will again prevail.

for the record, my support and vote goes to armstrong.

That's interesting. But you and Armstrong are probably on the same page when it comes to gerrymander reform.

bernie@12:36, i do not know armstrong's position on gerrymandering. i have a friend in danielsville, and i can tell you that it's absurd that both he and I are in the same district. (i live in S. Whitehall) Because armstrong is a former teacher, i suspect that we wouldn't agree about pensions. however, at his age i know that he's not looking for a career. i believe that likewise, he would be inclined to vote his conscience, as opposed to a dogmatic party platform. i have little faith that much will change in harrisburg. they have rejected pension reform, they have rejected downsizing of the number of representatives. i base my choice on my perception of integrity.

What difference, at this point, does it make? It's not like he drove a motorcycle while drunk, choked his wife in front of the kids, or got hammered in public and talked about his sexual proclivities. Two of three political hacks who committed these offenses serve in the legislature today. I appreciate that you hold high expectations. I gave mine up when the choker got a soft landing with the state party organization, and the other two skated. I have more respect for vermin than for those who represent us.

Michael Molivinsky, to answer you question Phillips Armstrong is strongly in favor of gerrymandering reform. He stated that position in the primary debate that you can view here: https://www.youtube.com/watch?v=OomAWVfe20Q He also has that position stated on some of his campaign literature.

That's also a great place to view how completely lacking in knowledge of the issues Mr. Mako is.

Harhart may be liked, but she was a totally ineffective legislator. I've never seen someone who got less done in the decades she was in office. She loved to take credit for everything, even when she had nothing to do with it. She is a perfect argument for term limits.

Hey Okam, did you ever live in Trevorton, Pa? Why does the web list that as a possible former address when your mailers said you were a life long resident of District? Are we to believe you bought investment property there but live in the LV? Come on Okam,why are you avoiding the public?

Michael Molivinsky, when you ran against Harhart, did the Morning Call ever run a story about the race? I am actually surprised the Morning Call has not kept voters informed especially after Mako's 2 months of debate dodging and now seemingly thumbing his nose at the League of Women voters. Is purchasing an online poilitical add enough to silence the press? What happened to informative journalism?

I'll let MM answer that for himself, but can tell you newspapers are a disgrace. It has reached a crisis point. They are not covering anything. I try to cover NC,Bethlehem Tp and Hanover Tp as a "beat." I can tell you neither paper covers HT. The only time the Morning Call covered Hanover in recent years was to attack the Tp over its NIZ opposition. The Express Times has stopped covering Beth Tp. The MC is reducing its coverage. In NC, no paper has covered the authorities for years. They mostly skip committee and budget hearings. The ET has not been to a Council meeting in three or four months. The Morning Call is increasingly absent. They're mostly interested in people who get caught flashing their peepers. The are not covering government. The ET has an office subsidized by NC, and it should be closed. Given this reality,do you honestly think they are going to cover an election?

Right now, WFMZ provides more local news coveragethan either paper. I remember when reporters looked down their noses at TV

BOH. Things seem to have gone downhill about the time Paul Carpenter and the Road Warrior retired. I am beginning to wonder if the editors work in the advertising department and good journalist like Bill White are limited to what they report on.

Bill White is good, even though half of his columns are about TV shows and contests. People actually read him more for those than his pieces on local government, he once hinted. The problem is there is only one Bill, there is no editorial board, and the paper's policies concerning op-eds and LTES are restrictive unless your name is Alan Jennings or ... me. The actual news coverage is virtually non-existent be these guys are limited by shrinking pages. All of this is bad for us. And TMC is far superior now to the ET, which I at one time thought provided better local coverage.

anon@9:13, when i entered the campaign as an independent in early summer of 2014, the morning call declined to do a story on me, even though they had profiled both the republican and democrat during the spring. they claimed that they only cover primaries, thus excluding independents. (the same happen to me in 2005 in a city race) they did cover the league of women voter debate, in which i participated.

in today's paper, i have an op-ed piece on wehr's dam. i submitted the piece on october 5th, and it took until 5:30 last night until they finally confirmed to print it. i will refrain from the details of the effort necessary on my part to achieve that confirmation, because i might again need that exposure for another issue. i will say that it was very frustrating, and would have discouraged most people.

Haters gonnna hate. The Mako shark is going to swim right over Phillips milk of mag. on election day. This is a Republican District and that will be that. You all can rail on him o=all you want. All ten of you won't make a difference when the great Mako shark swims wild all over his opponent.

Anon 6:25 Since when did being a registered Republican translate to an automatic vote for Poor Judgement? One would hope that good character, demonstrated success and life experience should prevail and that a registration advantage is not a free pass to a goverment job. Grammes, Miller, Molivinsky are absolutely more qualified than Mako. In this case, it is OK to cross party lines and vote for Armstrong.

Anom 6:25 haters gonna hate:
Don't count your chickens before their hatched, you seem to forget that voters have a third option when it's time to vote. It called a "write in" and that's exactly what I will be doing.

no political experience, against a former teachers union member, no brainer, at least with Mako the taxpayers have a chance.

Mako is the most unqualified candidate the Republicans could have run. He is just looking for an easy paycheck and benefits. He has no qualifications, experience, or knowledge of the issues. Shame on the voters if they elect this youngster.