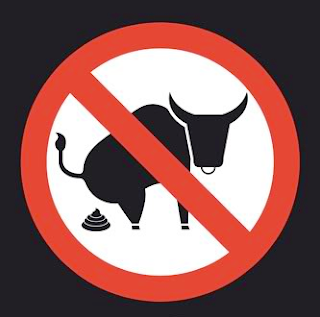 I was unable to attend, but picked up on what must have been a lively discussion on Emily Opilo's twitter feed. Robert Trottner was there, too.

When I first told you about Walker, he was at the helm of Community Services for Children. But the ship foundered, and they are looking for a new skipper.

Mayor Edwin "Fed Ed" Pawlowski, in a rare appearance, pitched his prospect. But in the end, his only real argument for hiring him was to add a black face. Diversity is important, but competency must come first. Walker lacks that quality.

Council's rejection of Walker is a clear indication that they are unwilling to accept any more bullshit burgers from Fed Ed.
Posted by Bernie O'Hare at 10/14/2016 12:00:00 AM

This is truly a red letter day and imho just the beginning of the movement to oust Fed Ed.

Unfortunately I east there, I am laid up with a terrible cold or virus and a hortibke back. But I enjoyed it as much as if I had been there. Lewis Shuts has a vueo if most of the evening and i believe the city made a video.

I hope this was not a form of bigotry against this man. It cab be dressed AS a vote against Mr. Pawlowski but it may actually be something else. With the hate generated against the minority community in Allentown, this action does not speak well for the city.

No bigotry council finnaly grew some balls and said no to a bad pick from Ed. Hopefully this is the beginning of the end game now that he is out of lawyers. :)

Tha salary diacussion intrigued me. While details were limited, it sounded like Council voted against a rais for Mclean when he was Chief, bumped it up tremendously for Fitzgerald was Chief, and then brought it down some for the current position

I see the two stooges, [Affa & Guridy], are ready to sail on the SS Pawlowski again. They'll follow this crook to his grave. I was glad to see that some of his past supporters on council and some of the new talent voted against Mr. Fattah's unqualified right-hand man.

When the rotund self anointed Polish Prince raised the useless former Chief's salary to $130,000, [approximately $28,000 more than the former Chief of Police made], a sheepish and blind supporting council backed this outlandish proposal. On top of that, they gave him a $9,000 raise the next year: All in the name of diversity and Fed Ed's political aspirations for higher office!

Maybe, just maybe, there seems to be a shimmering light in Allentown politics once again.

The entire meeting was a vote against Mayor Pawlowski. All of his proposed salary increases for the Public Works Director, Police Chief, & Fire Chief were denied by 6-1 votes. In the beginning of the year, Allentown City Council unaminously passed a resolution of no confidence in the Mayor and called for his resignation. Last night's Council meeting supported that vote. It also showed who the Mayor's staunch supporters are on City Council, Candida Affa & Julio Guridy. Julio ia up for re-election next year. He has proven time and time again that he is not for the citizens. He accepted money for his campaigns for City Council from Mayor Pawlowski. So did Candida. But she is in her first year on Council and we are stuck with her for another 3 years. GREAT JOB by City Council!

Were was Fed Eds multifaceted miscalculating calculater last night? Not there to co-sign the shitstew served to the public as a whole?

Fed Ed is on life support and only his stooge buddies Affa and Guridy are keeping council from pulling the plug. The DCED pick was a Hail Mary involving an unqualified candidate with a shady past. No decent candidate would want to work for this lame-duck, or rather lame-turkey administration.

Visionary Mayor Ed Pawlowski has told me in private that not only is he innocent but there is a cabal of dour and misguided hate bloggers who have been conspiring to oust him from the minute ground broke on the arena. There has been a movement withing UPAC 108 to back Ed in his bid for reelection, when the decision is made we will let you know.

I totally agree anonymous 8:25. A $13000 raise and he doesn't even live in the city. He is already making about $18000 more than Chief MacLean made. Chief MACLEAN put 38 years in and everyone of them while living in the city. Let's wait until the next mayor picks his choice then talk money. In the meantime continue to vote no.

A reality check "slick Eddie". Your hold on council is over; just like your political career in Allentown is. Can't wait to see the cuffs on!

Bernie,
It seems to me that there is no mention of the shitstorm that brewed erlier on in the meeting between Mc klean and Fed Ed about parkway aqwisition? We all know of the mancave REmodel that was done by city line and in the end game stellar was the permit puller?
The dates and acts conflict with said breaking stories in the collective carnival workings?
REpublican redd
not joining nor traveling with the carnival circus sideshow= politics+lawyers+real estate flippflopps = corrupt workings!

Anonymous 7:22 AM-- "...Guridy, are ready to sail on the SS Pawlowski again"
Are you kidding? Get a clue. Look at the video of meeting on the city's website, Guridy took a beating by the mayor. 55:40 minutes into the video. The days of council rubber stamping the mayor has come to an end.

3:07 Yes, the Mayor attacked Guridy. But when it came to vote for Walker he rowed over for the Mayor. So yes he is sailing on the SS Pawlowski with Affa.

The DCED pick was a blatant attempt to get "free" legal council (now that Pawlowski is presumably broke, what with his campaign funds frozen. Walker obviously knows his way around corruption charges...I'm certain he was chosen for his expertise, but not in terms of his city management expertise.

For two years this blog has hammered Mr. Pawlowski. It has accused him of unthinkable and heinous crimes. It has claimed he will be arrested and jailed.
Yet he has yet to be charged with a crime, much less arrested. Will LVR issue an official apology. Maybe to the African-American gentleman it is now attacking.

Our current and future Mayor should fight this but he won't go in the gutter.

Unlike many others, I have said all along that it would make time to indict Fed Ed. The evidence of criminality against him is overwhelming. He engaged in bribery, extortion, bid rigging and lied to federal agents. He will be prosecuted, but on the feds' timetable, not yours. No one seriously thinks he's walking away. But you can run his campaign, Blog Mentor, and let the entire world see you as the asshole you are.

So is this Walker still on the payroll or was his last day yesterday?

I would imagine his last day was when he was rejected, unless Fed Ed wiggles around the Charter. This can be determined via RTK.

God is the answer.

I kinda think this was an attempt by Ed to give Walker three months experience running the city.Then just before the deadline Walker announces his run for the office of mayor. Despite his connection to Fattah he is a very capable individual and has connections for campaign support. Have a strong hunch that Ed will strike a deal with the feds and drop out of the mayors race and just go away.