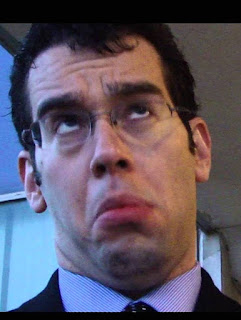 State Representative Mike "Darth Voter" Schlossberg missed 13 votes on Wednesday evening, including votes on the opioid crisis and to help veterans find job. He did this so he could campaign with VP candidate Tim Kaine at Muhlenberg College.

Ben Long, who is opposing Schlossberg, properly took him to task. “Mike Schlossberg is a paid employee of the taxpayers of Pennsylvania," he said. "He is supposed to work at their discretion and put their needs and wants before his own political interests. This is an attitude that has unfortunately shown to be the norm with Mike Schlossberg and in Allentown recently. He has consistently surrounded himself with people who could further his political career but have plead guilty to various crimes from extortion to conspiracy to commit bribery. The people of the 132nd District deserve better. As the state Representative I will represent the people, not special interests. Mike is not interested in working for his constituents. His actions, like those last night, show that clearly. He needs to go. It is time to bring trust and integrity back to our community.”

After attending a political rally at Muhlenberg College, Schlossberg drove back to Harrisburg to resume his work. Long hopes he has not charged taxpayers mileage or used a taxpayer paid car for his trip.

Schlossberg is a New Jersey transplant who stuck around after college. Ben Long is a fifth-generation resident of Allentown. Born and educated here, he learned to swim at the Jewish Community Center and spent "countless hours" (his words) at places like the Allentown Farmers Market and the Civic Theatre which helped build his passion for our community.

He is a recent graduate of DeSales University and works for his family’s small business which has taught him the value of hard work, integrity and the importance of creating quality family sustaining jobs. Ben’s grandfather was a proud UAW (United Auto Workers) Union leader at the old Exide battery plant on Lehigh Street.

That is outrageous! Schlopsberg is a partisan hack who represents his party more than the people he is supposed to be serving. He is a bum. Let's hope Long gives that sorry excuse for a state rep a scare this election.

Every day is a payday for this self centered money grabber! For those in that district, please vote for Ben Long, you'll be glad you did.

Schlossberg was a speaker at last night's Muhlenburg event - he didn't just go to fangirl over Kaine. Muhlenburg is his alma mater, and it makes sense that he would help campaign for the Clinton/Kaine ticket in a battleground state in his own district, at his own college. Like it or not, his job is multifaceted and does include campaigning for other D's, especially the Pres/VP ticket. It's not really something he could reasonably turn down, in my opinion.

To say that Mike isn't interested in constituents is just false. Yes, he's too close to slimy individuals in Allentown, and he has done a lousy job of distancing himself from the creeps. But every day he is in the community, working for his constituents. He does go door to door, himself and with volunteers.

I was stunned and saddened when I heard about Mike's "ghost voting," so I can't help him there, and I remain very bitter about that scandal.

I think there are plenty of reasons to want to vote Mike out of office, but what's presented in this particular blog post does not offer compelling evidence.

Guilt by assoseeation, remember this is the alma matter that has helpped allentown to its current situation! Now the administration uses lehigh as there in house studies, recently the daycare study and innercity high standarts for our children!
Didn't you see the vidieo of the cursing todlers were Hendricks feels safe taking his grandchildren?

So monkey, ghost voting is ok with you and not compelling evidence?

Anon 7:37 - if you'd read my full comment, you'd see that ghost voting is certainly not OK with me.

I never have liked Schlossberg. I'm not in his district but my parents are.

My mother told me to stay away from men like him when I was growing up.

". Yes, he's too close to slimy individuals in Allentown"

"I think there are plenty of reasons to want to vote Mike out of office, but what's presented in this particular blog post does not offer compelling evidence."

Missing 13 votes, including one on the heroin addiction that is now the leading cause of accidental death in Pa, is pretty compelling to me. also, Schlossberg has failed to knock on doors to any meaningful degree and is instead relying on money. I expect him to win, but he should be shown the door. He has yet to apologize for ghost voting. he had an opportunity to do so and did not at a recent debate. He instead attacked Long for not owning real estate and actually made the argument that only the landed gentry matter. Pretty incredible from a guy whose constituents are mostly tenants. He needs to go.

Little Mike is a man on the move.
There's no telling how far this youngster might go in politics.
A young man with unlimited potential.

The Schloss phenomena is not about Democrats or Republicans it is about insiders and outsiders. You must remember that little Mikey was given his start in Dem politics by Donny Cunningham and then got to mingle with the republican business elite with a job from Tony Iannelli at the chamber of commerce. They are his godparents and shows how party has little to do with the politics of the Lehigh Valley. The insiders and the outsiders.

It is out there for those willing to acknowledge the truth.