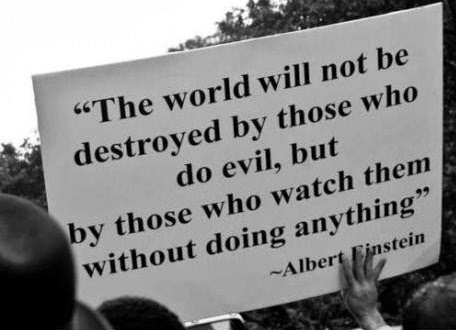 In a news conference last month, Northampton County Executive John Brown blasted the leadership of his two most immediate predecessors. "The challenges we face today are a direct result of the failure of leadership over the last eight years - and certainly the eight before that," he pontificated. But a review of his voting record, obtained yesterday, reveals that Brown is a failed citizen. Though people have fought wars over the right to vote, Brown himself had no interest in local government and was only rarely at the polls.

He was a member of the Apathy Party.

He did not bother voting at all in the race in which John Stoffa was chosen to lead Northampton County.

Brown did not start voting regularly until 2009, when he decided to run for Bangor Mayor.

I asked his public relations consultant, Kim Plyler, to explain how he can claim any sort of leadership skills when it's pretty clear he had no interest in his own government. I'm still waiting for an explanation on the legality of the no-bid contracts. If I hear anything, I will pass it along.
Posted by Bernie O'Hare at 3/05/2014 12:00:00 AM

I can't believe Callahan's team let this opportunity pass by.

(btw, your captcha pix don't seem to be appearing in the Firefox browser.)

Callahan's "team" was made up of his usual yes men and ring kissers. He was arrogant and lazy.
Callahan not only let himself down but the entire ticket and the party.

He is as much to blame for John Brown as Brown.

Had he not wanted his ego front and center they may have been a chance but none of his courtiers could tell him he had no cloths and drank too much.

Now we all pay.

What a great example for students from area schools and scout troops who tour the court house and end the tour in the Executive`s office to be spoken to by someone with so little regard for the civic duty to vote. He should be ashamed.

Are the Gracedale Saving Privates and Ms. West Easton Mezza happy with their new Exec?

What an affront to those who have never, ever, failed to vote in a number of elections. This is front page news!

May appear to be abysmal, but Brown was an independent business consultant on the road a lot. Compare his voting record with your mancrush Muller.He is probably not much better.

There is absolutely no reason for missing an election and exercising your right to vote. Did you ever hear of absentee ballots? When you don't vote, you don't care. Someone else is making the decisions for you. It doesn't matter what you think about taxes. It doesn't matter what you think about scandals in government, because you didn't vote. When people stay home and don't vote, less than 15 percent of the people make decisions for you. You don't count. You don't vote.

Wow. Damning information. Callahan not having or not using this information betrays the smugness of his overconfident loss. John was certainly despised, but this might have helped him.

Last time I checked, you have the right NOT to vote as well.

This isn't Russia. Yet.

"May appear to be abysmal, but Brown was an independent business consultant on the road a lo"

Then he could vote by abstention. I have no idea what he was doing.

"Last time I checked, you have the right NOT to vote as well."

So you must be very proud of him. That's correct, and his supporters should now know that the best way to signal that is by exercising their right not to vote for him.

You keep requesting information and Brown will use that as a see, I told you so and need this $80k+ person to answer all this bullshit...

This could have been a valid Johnny Casino talking point prior to the election..but it wasn't! WTF were his people doing with all that campaign cash? They should have hired you Bernie but they chose poorly...and lost.

I wonder what percentage of people vote or vote in every election? I think many do not vote and a fair amount vote the way Brown did or does.

Yes Callahan was too full of himself and at least voters are now not rewarding someone like him by voting for him.

Was Brown better? In some ways yes and some ways no.

I want to believe that the attributes he had over Callahan will bring him and us to a better place.

Callahan did have all of the answers but many were not liked by the voters. His arrogance and dishonesty as well as lack of character show that voters are waking up. Many D's stayed home because they are party line voters just like the R's did with Romney.

The unions were even split over Callahan.

I guess no vote is better for some then having to pick what they see as the less of 2 evils. Could be why Brown past up some voting. I get that but I can't do this.

It's not always right or wrong. Many have to have a clear choice. It use to be easier....

interesting, john brown doesn't vote so lets attack callahan. Not sure where all this is coming from. Callahan ran a positive campaign based on the accomplishments and progress of the city he has lead for the last decade. Brown ran a negative campaign attacking Callahan and making promises of tax cuts that will never happen. Brown made promises he will never keep and Callahan kept it real

You have to love Mr. Lehigh Valley Republican Elmer Gates' Letter to the Editor in today's Express Times. WOW!!! Brown's friends are wasting no time in distancing themselves from him.

Former Exec Jerry Seyfried and his wife will soon be honored for fifty years of voting in every election. John Stoffa, Glenn Reibman and Bill Brackbill are setting that example, too. Brown only started voting when he himself wanted to hold office. This tells me his primary motivation is himself, not the government he supposedly wishes to serve.

The election happened four months ago. We could recall him and if you believe that process is unconstitutional, vote for a new charter study and get rid of this absurdity forever.

If anything, this solidifies the argument for open municipal elections, and greater ballot access .

12:20, it is never too late to expose bad government or bad elected officials whose actions betray their disdain for democracy.

So when does Obama get exposed and held accountable accordingly?

2:14? Huh? You do understand this is about northsmpton County, don 't you?

anon 2:14 personifies all republicans. Everything they do derives from an irrational hatred of the President.

Get a grip people!

Like the Dems did not have an irrational hatred of W. when he was in office. Pious hypocrites.

W was an arrogant, swaggering prick in office. I detested the guy. But he was not weak. Obama is an arrogant, condescending snob, but one who has displayed incredible weakness in foreign policy.

Let's get back on topic please. My post has nothing to do with Obama or Bush. It is brown's voting record.

Bernie, I was amazed this never came out during campaign, but there are those who had it and sat on it.
I have written many times about my commanding officers in the Army making sure that every soldier got an absentee ballot for his home precinct and sent it in on time. Voting is a DUTY of citizenship. It is a right DEFENDED and HONORED by our all members of the ARMED Forces. John Brown is an embarrassment. Yes, he has the right NOT to vote, but his record seems almost disconnected from the people.

Bernie, is this the same Brown that made the Gown for the first lady?

I don't think so.