Let's Raise Some Caine About Kane 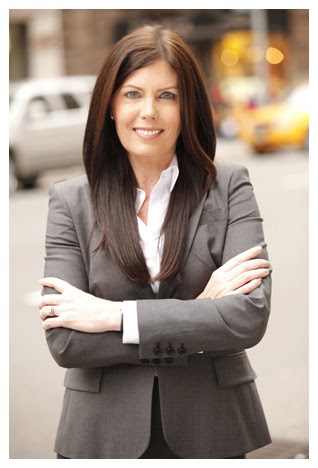 Pennsylvania Attorney General Kathleen Kane is on a roll. She's lost her third press secretary in a little over a year, as a media frenzy has erupted over her decision to kill on investigation into four state representatives and a district judge who have either been bribed or accepted gifts that never showed up on their statements of financial interest. As she put it herself, “I believe that we have evidence that certain legislators were taking money, and that’s a crime.”

Instead of going after corrupt politicians that she herself believes are criminals, she's attacking investigators with charges of racism (though the lead prosecutor is black) and hurls the sexist card at anyone challenging her decision. The state's highest lawyer has even hired hotshot Richard Sprague to threaten reporters with defamation lawsuits.

It's not working. Philadelphia DA Seth Williams, a fellow Democrat, has ripped into her over her handling of a sting investigation that netted five crooked pols. Tom Wolf, the leading Democratic contender in the Governor's race, has said she was "wrong" to just drop this inquiry.

If Kane is unwilling to prosecute for whatever reason, be it bad or good, the state legislature should. As Will Bunch observes, "The four lawmakers accused of taking money from the so-called lobbyist Tyron Ali need to be investigated by their House colleagues, and, if necessary, expelled. Then lawmakers need to pass the nation's toughest ban on all gifts to elected officials. if they can't do those things, they should ALL be voted out." So for, the good ol' boys in the land of midnight payraises seem unlikely to do anything at all, although the state senate is going through the motions.

In the meantime, Kane's investigation into Corbett's investigation of the Sandusky scandal, has dragged on for 15 months.
Posted by Bernie O'Hare at 3/26/2014 12:00:00 AM

As a voter, and I am a young Republican voter, too, when I am going to learn that if it seems too good to be true, it usually is. I voted for her and she is not what she portrayed herself to be. The duck test doesn't work with her. But the choices for AG weren't the best, either. Damn, I wish I could have my vote back!

I'm an old Democrat voter, and I wish I could have my vote back, too.

No you didn't. Another right wing Republican trying to hard to convince people he is really a moderate. All to take another cheap shot a t a Democrat.

You fool no one,

I wrote the comment at 12:22. I did vote for her and I am a Republican. She was going to take Corbett to task. As a Republican, I didn't like what he was doing at the time and definitely didn't like his charade with Sandusky and Penn State. But he seems to be coming around now. But Kane is still dragging her feet on Corbett's dealings with the Sandusky debacle.

But hey! Whatever you need to tell yourself to get you to sleep better during the night is up to you. Republicans can vote for Democrats and dislike other Republicans. We don't just pull a straight ticket lever vote.

That comment was likely posted by a partisan Dem. Extremists on both sides pose a greater threat to democracy than Putin.

I voted for her, and I am disappointed at what I am seeing in the press.

Now I don't feel as bad as I would if I voted for Christie in NJ. It hasn't gotten that bad yet.

I am a Democrat that voted for Christie and I am so disappointed. I wish I could take my vote back.

All you have to do is look at the local election results in Northampton County to know that Republicans never split tickets. they vote Rep0ublcian or not at all.

Fox News covered this story today.
Shame. Philly looks awful and so does Kane. Interesting that four R's also asked to take bribes but declined. And of all issues,
Voter ID.

Having dealt with her and the family business in a previous life, I'm amazed such a virulent anti-union company owner ever rose to the top of the state party. When her excuse makers are being changed like dirty diapers, it's apparent she has internal problems. At least her quest for governor is essentially over. It's good when grimy political cockroaches have the light turned on them finally. That's the only positive aspect of this story.

Imagine that, a crooked lawyer having a high up political doner telling her what to do!

I'm an old Democrat voter, and I wish I could have my vote back, too.

Wow, you are an old freakin' coot. Trying to revive the cold war. We better invade southeastern Asia and Central America again!

O'Hare clearly has something against attractive middle aged women who are active in politics, an undercurrent rage so turbulent that it drives him to craft hatchet jobs worthy of Hearst era yellow journalism.

Whenever I see a public official with high turnover in staff it raises some questions about that individual in my mind. Kane, 3 PR officials in less than 2 years. Michelle Bachman has had what 7 chiefs of staff since she took office? Corbett has some fairly high turnover in his cabinet positions. Karen Beyer had 24 different staffers in 5 years.

When you can't keep people in positions that are considered fairly good jobs that says a lot about the person in charge.

9:15 who are the attractive middle aged women Bernie "hatchets" against?

We should ask our lehigh valley delegation when they are going to start to condemn the thievery that goes on daily in Hburg. Legislators have been convicted of crimes while in office and not a squeak out of our local reps. Why? Perhaps they are knee deep in the mud, too. No votes from me.

In the land of midnight pay raises, the people we elect soon forget who they work for. Joe Emrick is my state rep, doesn't answer emails but takes money from JB Reilly. That is who he really represents.

The NIZ, as originally drafted, was unconstitutional. Harhart, Hahn and Simmonx tried and ultimately succeeded in changing the legislation. But Emrick did not lift a finger. Nor did anyone else. But he has no challenger.

Emrick is a pathetic, feckless representative, who walks around with his nose in the air, still bragging about his old football days- like he played at a high-profile, division 1 college program. He's lucky Rich Grucela didn't seek re-election. He should be challenged- anyone with an ounce of substance would beat him- please not joe capozzolo.

With Barron & Pawlowski, who wears the strap on as neither seem to have a set of balls!

Now that is funny!!!

So hot but so incompetent and borderline sketchy.

As the saying goes, for every hot attorney general, there's a press secretary tired of her crap.

She is not that hot. Her Publicist has handled her makeup and wardrobe well. she is hefty but they have worked around it well.

2:50pm This is true allentowns king and his mancave remodeler as well as a realator on the HARB, housed a shim for years in the 500blk of 6th st for there nightly get aways? My guess is they have paid for a bad sex change operation being there preferences? This was there of there kept shim? This sexaully deviant behavior runs through the very core of allentowns now elite?