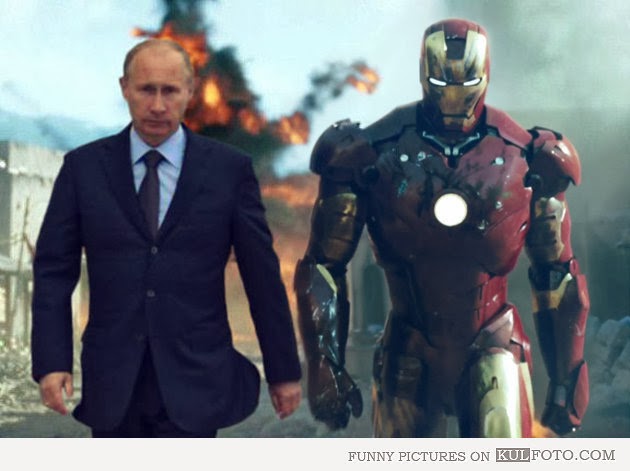 I was proud to be part of the bipartisan House effort today aiding the people of the Ukraine who are yearning for freedom. The House passed H.R. 4152 by a vote of 385 to 23.

President Vladimir Putin must be checked. His unlawful incursion and impending annexation of Crimea to satisfy Russian territorial ambitions represent an unacceptable escalation of tensions in Europe and undermine many years of peaceful European cooperation.

Today’s effort is an important first step. Until such time as Putin de-escalates his efforts, America should take the following actions:

1.) Freeze Russian assets currently held in the United States and work with like-minded nations around the globe to do the same;

2.) Restrict the foreign travel of Russian leaders and oligarchs;

4.) License the export of Liquefied National Gas which will relieve European and Ukrainian dependence on Russian energy sources;

6.) Expel Russian from the G-8 and cancel participation in G-8 summit in Sochi.

President Obama and Congress must continue work together to contain Putin’s aggression.
Posted by Bernie O'Hare at 3/06/2014 09:55:00 PM

Does this mean that the russian who runs the deli in Bethlehem is being deported?

I cant wait for russia to dump 300 billion in treasury bonds and dump the dollar.

Does the US fighter cover sent by the President count? Or is that too impotent for the bare-chested Putin loving teabagers?

By the way you Putin lovers. The RNC handout read by all the Fox talking heads was not entirely accurate.

While I have never studied Obama's jeans close enough to declare them "mon jeans", the tiger that Putin shot was first snared in a trap, tranquilized and laid prone as Putin shot it.

He is your bare chested, firm nippled hero teabaggers. I think that makes everything very clear.

Interesting that Dent said it was"none of our business" when Russia invaded Georgia. I wonder what changed?

Russia is 'gonna do whatever Russia wants to do.

Our performers in Washington, including Charlie, have been all over the map on too many issues. America is pretty much the 'State of Confusion' right now.

What has changed is that we are worn out and broke. You don't see that? We are still in Afghanistan spending borrowed money and worse yet is the death of our soldiers but you'd have to be a teabagger to recognize that or to care about that.

Putin at least is a leader. I do not approve of what is going on there but I wouldn't send one soldier there.

He is there because he can be......Obama was busy giving up things to them while they were planning to take advantage of his weakness. The bully always goes after the weak but arrogant one.

This is partly on this president as many of the last takeovers are. Weak on foreign, weak on the economy but social events and issues he gets an A. We are so lucky.....right.

Good thing there are risk takers and hard workers out there yet. They may help us overcome this bad economy. It certainly isn't because this president did anything to create jobs other then grow government. And what do they do? Just cost us money.

Better to be a teabagger then the spoiled brat in the room. Which pretty much describes the libs and those who blindly follow.

Excellent post! I wouldn't send our troops into that situation either. I have little to no confidence in the wisdom of their leadership. I mean, Obama, Kerry Hagel, Reid, and maybe Clinton later? Good grief!

What the sheeple don't realize, it's not easy to get accurate news as to what's going on now. It's still there, but one has to dig, compare and contrast, analyze. Start at Drudge Report and go from there.

5:13, Except Dent never said that and you are lying out your ass. In '08, Dent said, "he Russian bear is awake and is angry. Prime Minister Putin and President Medvedev have territorial designs and ambitions towards Georgia. There are clearly ethnic tensions in South Osettia, which is largely driving this dispute. But what we are also seeing here are very aggressive territorial designs of the current Russian leadership.

"This is unacceptable. The Russians must withdraw. They were parties to a cease fire and they seem to have violated that cease fire - they must withdraw from Georgia. That is the first thing that needs to occur.

"Clearly, a military option from our country is off the table. Nobody is seriously talking about that. The issue for us is - how do we appropriately appropriately sanction the Russians for this egregious military action?"

Hahahaha!!! Yeah, that will get you real factual information..not!


What a load of crap. Why not just implant a Glenn Beck talking doll in your head.


Well, well, well. It's the Dent and Bernie Show again, back by "popular" demand.

I knew the mention of Drudge would get a rise out of someone. If you've spent any time there you will know Drudge is a consolidator of headlines. Leads to all kinds of viewpoints.

Click on a few headlines that concern your favorite topic and go from there. I must caution you, however, at some point you WILL need to use your brain to sort things out.

"aiding the people of the Ukraine who are yearning for freedom"... such idealistic words are used for consumption of the masses. As Russian does, we must ask ourselves what is or is not in the US interest? Our actions will reflect.

"Realpolitik...refers to politics or diplomacy based primarily on power and on practical and material factors and considerations, rather than ideological notions or moralistic or ethical premises. In this respect, it shares aspects of its philosophical approach with those of realism and pragmatism. The term realpolitik is sometimes used pejoratively to imply politics that are coercive, amoral, or Machiavellian. Realpolitik is a theory of politics that focuses on considerations of power, not ideals, morals, or principles." princeton.edu

"He is your bare chested, firm nippled hero teabaggers. I think that makes everything very clear.

So says teh gimmecrat who's party supports licking shit off a pole, cuz it's the same as normal.

Thought I'd take it to a level you're comfortable with, 2:22 am.

When will the Russians kick the Americans out of the ISS given the fact our leaders made access to ISS a Russian Monopoly by having no American launch vehicle and capsule available to transport our astronauts from the USA to the ISS ... Now they must launch from a Russian spaceport in a former Soviet Union Republic..


How did Dent vote on this travesty.

And the missile shields were given up to appease Putin.

Isn't that just sucky??? Actually I meant sucky but this fits.

We are the bullied kid on the playground.

Our so called leader complains that the will of the people must be heard and they must abide by the constitution and on and on.

Why is he such a hypocrite? They must laugh at him when he appears. Forget opening his mouth.

I am not use to such weakness nor do I see anything good coming from it. Never does...

Mr. Pearson,
a very valid criticism. NASA has been a target of budget constraints, as you know. The silver lining in this situation, is that it should wake Dems and Reps up to the need to cooperate and better support NASA and its cooperation with the aerospace industry. My understanding is their goal is to have American-based launches by 2017.

It was not the "left" who has posted bare-chested photos of Putin on horseback ad nauseam. It I snot the left that has continued to show him kneeling next to the tranquilized tiger he shot. It is you Fox News.

As to your pole licking fetish, I never heard of it or anyone other than you mention it or refer to themselves that way.

However, I have heard Glenn Beck, the spiritual leader of the tea party use the term "teabager" as well as numerous old white people wearing teabags on their hats and belts. Thry aslso had the pictures of Presdient Obama dressed as an African witch doctor(racism much).

So when one decides to use a name or slogan before properly researching same, then one is stuck with the consequences of it.

Don't know of any Democrats that ever used this term or mentioned it other than you. Of course their are the Log Cabin Republicans. Maybe you are just confused.