Should Public Funds Be Spent on Public Relations Consultants? 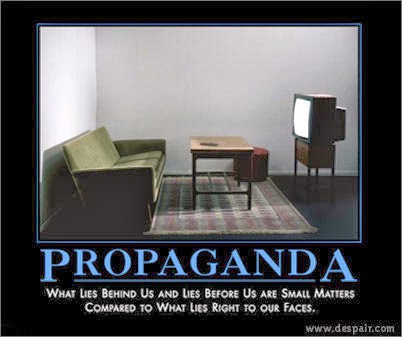 Elected officials in the state and federal government have franking privileges under which the occasional mass mailing is permitted, but regulated. They also have public relations personnel, bound by state and federal laws that prevent or at least limit them from crossing the line from informational services and into propaganda.  One of the things that really others me about Kim Plyler's one-year, $84,000 public relations contract is that there is nothing in place to prevent wholesale abuse.

Although this contract is nominally with the County, the real beneficiary is the Executive. Plyler's "scope of services", refers to weekly phone calls with the "client," meaning the Executive, though the the bill for these services are being paid by the people of Northampton County. Nothing in that scope of services provides for communications with either the workforce or Council. It appears that she is being paid $84,000 a year to make sure brown appears in Bethlehem's Saint Patrick's Day Parade. In effect, the public has just made an $84,000 campaign contribution to Brown's next campaign. Why use NIZ twins J.B. Reilly and Joe Topper if you can get the public to foot the bill?

I am also disturbed that Plyler could use her inside knowledge to alert potential vendors to possible County business.

It's a bad contract.

At the last Council meeting, Council tabled a resolution condemning this contract, but the matter was only tabled until the meeting this Thursday. They are going to have to weigh in on the legality of this contract.

Solicitor Vic Scomillio told Council that no bid was required because public relations is not a professional service as that term is defined in the Administrative Code.  Since Plyler has had specialized training in public relations at the Defense Information School and is a member of the Public Relations Society of America, that's a tough sell.

But the biggest obstacle to the legality of this no-bid contract is that the Executive Order authorizing it occurred after the fact, in violation of the Administrative Code. Moreover, the order fails to state any reason why it would be imprudent or impractical to proceed with competitive negotiation. Scomillio noted this process is time-consuming and could take two to three months, but Brown has wasted nearly three months without appointing most of his cabinet.

This contract is certainly illegal, but worse than that, it is something that can easily be abused. Public relations should be performed by government employees who are barred from using their role to play politics or curry favor with vendors.
Posted by Bernie O'Hare at 3/17/2014 12:00:00 AM

What would really suck is if she was paid up front...

bullshit. Mohr was doing work that other cabinet members should have been doing, but not this stuff.

this is taxpayer-targetted larceny at a whole new level.

Taxpayer dollars should not be used for this purpose. Who better to be public spokesmen than residents? Get volunteer videographers from NCC's award-winning Communications Department to capture comments and use those to publicize county wonders.

it is a total waste of taxpayer dollars and just not necessary, it is outrageous that the county ex. is unable to speak for himself! we aren't in dc for Christ sake this is Northampton county ! john brown needs to get over himself and get to work !

You're right, of course, regarding public funds to promote the wonders of public funding. Brown would be a disappointment if expectations of him weren't so low to start. Welcome to the fiscal conservative side, Bernie. I doubt you'd come over if a Democrat was wasting this kind of money. I remember Stoffa proposing debt spending on a Christmas list of projects, just as the economy was tanking. I liked John, but knew he was no good with others' money. Lesser of two evils and all that. You never peeped when they did.

Brown needs to get his act together. The resolution of condemnation is nice but meaningless and would not stop this wasteful spending. What Council needs to do at its next meeting is direct their solicitor to file a lawsuit against the executive to block the contract.

Stoffa spent next to nothing on capital projects until his last two years in office, and that spending was very necessary unless you like collapsing bridges.

Also, I have consistently opposed spending public money to promote elected officials, particularly with Dent and Boscola mailers. I have realized in recent years that the practice is strictly regulated to guard against the dangers I warn against in this post, so have not been critical in recent years.

I do not mind seeing public relations handled in house. Then it can't be political bc of the Admin Code.

It is a fire wall for sure. Is it really needed? No it isn't at a county government level. Why spend money on this when other issues scream for attention as desperately needing support for residential services. Sheer nonsense and council needs to grow a set and quickly.

Anti-transparency at it's most heinous. JB needs to face the public and explain himself and the vision..completely. Stop the subterfuge for goodness sakes.

I wish I had a better understanding of his vision.

In my opinion Brown's vision is about the same as Ray Charles. Brown obviously lacks the knowledge and confidence to speak for himself and needs a mouthpiece to avoid looking like the ass he apparently is. It's hard to fathom all his screw-ups in the short time in office. Does not bode well for the rest of his term.

Gracedale is the budget buster. Wolf was a dump and now even Brown reluctantly agrees that Human Services are better off. The wise fiscal move will be to purchase the new building @5 yrs. Using Mohr was cheaper than an engineering consulting firm.

So, should this pass on Thursday night, would a citizen have to bring a lawsuit challenging the legality of this contract?

The only way it will not pass this Thursday is if partisan politics plays a role. The only reason this has not been stopped 2 weeks ago was due to partisan politics, all 4 democrats voted to sue all 5 republicans chose to table. This is not what we elected a republican majority for, the democrats are being the only fiscal watch dogs in the whole county, these 4 new "conservatives" are letting the fox in the henhouse and they think it is just fine.

Matt, I've heard that a citizen could sue, but I would not bc I don't think I could overcome a standing objection.

I'm sure these clowns are not really spending any more public money on consultants, etc., than the clowns pushing the Free Public Money Train that is the NIZ.

4:32 the niz is in Lehigh county stick to the Northampton county line

Such a lack of understanding of the need for 'professional' communications. Contributor Mr. Coker said: "Brown obviously lacks the knowledge and confidence to speak for himself". One wonders if he would say the same of Obama, et al. Is the county solicitor a gov't employee or an 'outsider?" Just wondering.

First, if you want to attack one of my readers, you need to identify yourself instead of being a coward. Second, Mr. Coker is a Republican and is no fan of Obama.

People in Northampton ARE paying for the NIZ, whether or not they realize it.

You want to tell me what to do without first identifying yourself?

I don't sign documents without reading them first ... and I don't take "orders" from anybody who is anonymous.

I will apologize for any inconvenience this causes and refrain from telling you where you can stick it.