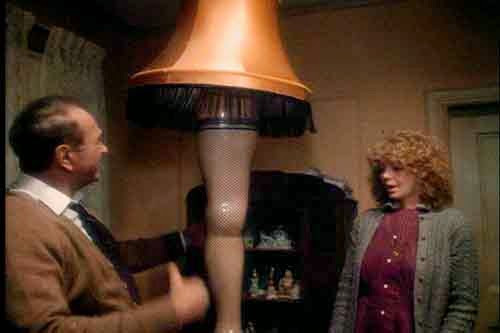 In addition to the Mezzacappa verdict, I have more good news. The haters are gonna' love this!

Yes, I'm a bottom-feeding blogger. I'm more suited to diving head first into garbage cans, looking for dirt, than wearing a suit and acting all dignified. But the Pennsylvania NewsMedia Association has just handed me a major award. Believe it or not, it's for journalism.

In this year's Keystone Press Awards, I've been awarded first place for investigative reporting. This is for my stories about Northampton County full-time Controller, Steve Barron. He was caught playing hooky at Northampton Community College three days a week in the middle of the work day. Twelve hours a week. Barron eventually quit his teaching gig.

Actually, there were 11 major awards for my newspaper, The Bethlehem Press.  It's a small weekly that was up against powerhouses like The Abington Journal and Dillsburg Banner. We won our division sweepstakes with 11 awards total.

Believe it or not, this is my second major award. I got one last year for my NIZ stories.

Other Bethlehem Press winners include the following:

The Morning Call is in a much more competitive division. It's more like NCAA Division 1. The paper still grabbed six awards for sports coverage and design.

The Express Times picked up three major awards, too. Brad Wilson, whom I've never met but whose breezy sports stories are the best I've ever seen anywhere, picked up a second place in sports beat reporting that should have been a first. I hope the fame doesn't go to his head.
All award winners get a real heavy plaque.
Posted by Bernie O'Hare at 3/31/2014 12:00:00 AM

Email ThisBlogThis!Share to TwitterShare to FacebookShare to Pinterest
Labels: journalism

Congratulations Bernie - who says hard work doesn't pay off? It isn't surprising to hear that you won an award for investigative journalism.

You can use the heavy award plaque to hold the door open at Mezzacappa's palace, while your team cleans out her belongings to sell at auction. Then you can throw it and hit her in the head, in the hope that the ^$*@ she is using for brains falls out and she regains (?) some sense. Yesterday's solution was lobotomy. Today's is the non-surgical award plaque treatment to the forehead.

I understand that another blogger won the crazy-assed bitch award, in a non-competitive category. They tried to send it to her, but it wasn't accepted. The mailman reports that some odd looking fellow with a crappy old car is living at the address, mumbling about getting rid of a pig carcass found out back.

Anon 1:12, you sound like a very mean and angry person. You should consider if you are describing yourself.

1:12, I do not condone any mention of violence, even when meant in humor.

Congrats, Bernie. You're right about Brad Wilson's talent, too.

I really like his writing, and wish straight news stories were written like that. Reveal the bias, but tell the truth.

Thanks very much for the nice words, everyone. Can't wait to see how it looks from the window.

If you keep it up with JB Reilly and the NIZ stuff in particular the campaign finance shananigans you will be on your way to even bigger awards. There is a lot of fire with that smoke. Who knew what when and who bought which properties. The MCALL has refused to connect the dotes but you can and should. Someone should go to jail over there.

Now that you are flush does that mean the clients you failed so long ago will receive the money they deserved? That would warrant a true accolade.

As you know, I never cheated anyone out of a dime. Make that accusation and attach your name to it and see what happens, coward.

Folks, this is the Blog Mentor, a man full of hate and rage, marginalized even in the blogosphere.

Congratulations Bernie. You certainly deserved this award. As I said before, you do your job and do it well. Shame most other journalist lost their way.

Lunch next week instead of coffee? It's overdue.

Should we make it for 3?

Sadly, awards for sports writing, graphics and design are all that are left for teh local rags.

WIDOW GETS NOTHING IN MINE CASE HANDLED BY EX-AREA ATTORNEY

The mine subsidence case in Scranton that former Bethlehem attorney Bernard V. O'Hare III "settled" two years ago for "$19 million" is finally over.

The plaintiff, the widow of a man buried in the subsidence five years ago, got nothing.

Gerald J. White, 33, a laborer, dropped into a hidden mine shaft in Scranton in 1982 during a mine-flushing job for the U.S. Office of Surface Mining.

At one time, widow Lucille White was led to believe by then-Assistant U.S. Attorney O'Hare that the federal government had accepted blame and would pay a structured settlement totaling the $19 million to her and her two children.

But U.S. District Judge R. Dixon Herman for the Middle District of Pennsylvania threw out the settlement on the ground O'Hare never got it cleared with his superiors in Washington.

Shortly after that, O'Hare lost his job with the U.S. attorney's office in Scranton.

White appealed to the U.S. 3rd Circuit Court of Appeals, which turned her down this spring.