Donches Down But Not Out at Steel Museum 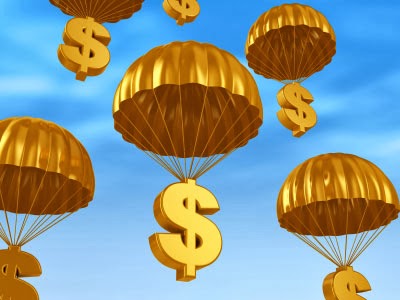 Bethlehem's National Museum of Industrial History, known to most as the Steel Museum, announced late Friday that it has "reluctantly" accepted the resignation of its beleaguered Executive Director, Steve Donches. But he will remain on staff and still be paid about half the $200,000 in salary and benefits that was going to the former Bethlehem Steel public relations VP.

Donches salary is still higher than the $70,000 compensation package paid to Charlene Donchez Mowers, who administers Historic Bethlehem Partnership. It is approximately the same as paid to Executive Director Mike Stershic at Discover Lehigh Valley, whose annual revenue tops $3 million.

Donches is being replaced by L. Charles Marcon, who will serve as Interim President and CEO as the Board of Directors ponders the Museum's future.

In late January, a Northampton County Grand Jury recommended big changes at the Steel Museum, including the replacement of Donches. At the time, they noted that Donches' compensation was approximately twice what is paid to the executive directors of similarly situated nonprofits. In a scathing criticism, they called the Museum a "resting home" for "soon to be unemployed officials of the [Bethlehem Steel]Corporation who continued to benefit from high paying salaries, retirement benefits, and other benefits at the expense of the organization."

The Grand Jury also called for changes on the on the Museum Board. They questioned the conflicts of interest policy, especially since board member Lee Butz managed to get nearly $1 million in business from the Museum after being named a director. Marcon came under fire, too, for bidding on construction work at the Museum while serving as a director.

The state Attorney General's Charitable Trusts Section has also been asked to investigate whether to dissolve the museum.

Over the years, this Museum has received public funding, including a $1.4 million state RCAP grant, as well as the donation of artifacts from the Smithsonian. Ironically, there are no Bethlehem Steel exhibits.

Initially, the Steel Museum denied any wrongdoing at all, choosing to blame everything on a "Monday morning quarterbacking" District Attorney.

But Directors belatedly recognize that Morganelli's passing game might be pretty good. In addition to cutting Donches' pay in half, the Board intends to seek partnerships with other groups. Possibilities for this could include Northampton Community College and the Historic Bethlehem Partnership.

The quarterback, John Morganelli, is encouraged.

"I believe that the demotion of Mr. Donches is recognition and validation of the recommendations and findings made by the Grand Jury. It is recognition that this organization has been mismanaged, wasting millions of dollars of donated money and public funds. I believe that but for the work of the Grand Jury, Mr. Donches and this board would have continued on their failed path and the museum project would have ultimately crashed and never brought to completion. Thanks to the bright spotlight that the grand jury cast on them, they have now been jump started to get realistic about the scope of the project and their wasteful spending. Hopefully, after the Attorney General weighs in in whatever manner they so choose if any, this project will be brought to a successful conclusion."
Posted by Bernie O'Hare at 3/10/2014 12:00:00 AM

This demotion comes about $19M too late! Why is Donches still employed? Oh I know, the museum Chairman says they can’t afford to lose his expertise !!!
This was the standard response by Bethlehem Steel's management when major losses occurred but top management was never held accountable and replaced. It's hard for me to believe this stuff continues. For God sake, these people stole $19M and no one is going to jail?

It's good to be one of the old boys.

Where did all the money go?
Isn't anyone interested?

The recommendation was to reduce Donchez' salary to a comparable amount, not reduce it to that amount and "demote" him a job pushing a mop around (which is more than he has done). As your graphic shows, this is just a golden parachute. These bloodsuckers will take the remaining funds as salary and this ship will go down. Just divvy up whatever is left ($700K doesn't go far in your circle), write yourself checks, and be done with it.

Too all those who claim it was all the unions fault that Bethlehem Steel went away. Please take note. Other than world competition and changing demographics and other book learning stuff.

You need only look at the greed and avarice of some of these old steel executives to see the real culprit.

Too bad for all the good folks of Bethlehem and the brave steel workers for their heritage to be lost to a bunch of bozos. Maybe now The Smithsonian will wake up, too, and save the NMIH and relocate it to Homestead, PA where the folks there are making real progress on a steel museum.