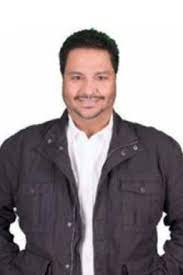 According to Allentown's 2019 census figures, it's 52.5% Hispanic or Latino, 14.7% black and 2.9% Asian. It's definitely a majority of minorities. But they are divided. This fissure existed in the municipal primary because many Latnos refused to get behind black Mayoral candidate Ce-Ce Gerlach or black City Council candidate Justin Parker Fields. Things have gone from bad to worse, with the usual tired accusation of "Racist!" being tossed around by Comrade Fields. He labelled me a racist for daring  to point out that he gave Coplay police a fake name when he was stopped for driving with a suspended license. I was a racist for reporting that Mayoral candidate Ce-Ce Gerlach dumped a 16 yo runaway at a tent city.   Now, Allentown's Robespierre is claiming that Victor Martinez, the popular President and CEO of La Mega radio, is a bigot, too.

Victor Martinez, by the way, is the reason Julio Guridy very nearly became Allentown's Mayor. His car parades for Julio and Latin City Council candidates struck me as hokey, even borderline ridiculous. But then again, so did Trump's flag rallies.

As ridiculous as these campaign styles might appear, they are effective. Malcolm Gladwell notes in The Tipping Point that a few people can, on their own, create a social epidemic. Hush Puppies became popular when a few kids started to wear them because no one else would. They created a social epidemic, in which a few could spread the Hush Puppies virus with the same geometric progression we've seen with Covid-19.

So it is with politics. A few connectors can spread the Trump virus or the Latino candidate virus.

Victor Martinez was that connector for Julio Guridy and other Latin candidates in Allentown. How else do you explain how a 21 yo Kutztown University student who never made an appearance got elected? She was part of a social virus being spread quite effectively by Martinez.

Julio Guridy walked away with nearly twice the number of votes that everyone had predicted. His tally was far higher than had been predicted just a few weeks earlier in a  Muhlenberg survey.

Not everyone was happy with Martinez. Bullhorn-toting demagogues like Enid Santiago and Justan Parker Fields wanted to be the center of attention themselves. Instead, Fields and Ce-Ce Gerlach tanked.

So now Fields is suffering from sour-grape-itis. He's calling Martinez a racist over the radio host's on-air disparagement of a group of African American women who were on a recent flight Martinez made to Puerto Rico to surprise his wife. It was clear, at least to a racist like myself, that Martinez' humor was directed solely at the African American women in his plane. I do agree he could have avoided mentioning their race. He was criticizing people because they were obnoxious, not because they were black.

Now Fields is trying to persuade sponsors to withdraw their support, while Martinez is threatening to wage a write-in campaign for City Council.

Is there anyone Fields has not called a racist?

This is just like the divisions we see among those of us who happen to be white.

I guess we're all human.

Bernie - are you going to cover the significant election results in UMBT, now that the write-ins have been tabulated? Bermingham got over 200 write-ins from Dems, and Friedman got over 300 from Republicans. Amazing feats, and these candidates will turn a 4 candidates for 2 seats race into 2 for 2. Unless one or more independents emerges.

At least they got rid of O'Connell

You write about groups as if they're caged exhibits at the zoo. That's your racism. It's not the affected guilt you're passing off. You group. You categorize. You keep score. You practice vicious low expectations racism. Yeah. You're a classic white liberal bigot. It's remarkable that liberals don't see this while making half baked apologies. Weird and sad.

The hispanic citizens of Allentown just have not yet discovered their political power. That may very well be changing. Why do black candidates feel that the hispanic community should vote for them in lock step. Eventually the Hispanic community will become organized and become the dominate voting block in allentown.

I can agree, being called a racist these days has nowhere near the effect it once did. Way overused term, it’s become a “Who cares?” moment. Its value as a weapon of defense is gone. It’s a kind of check valve used by those who are unable to keep-up in a discussion of differing views.

I'd like to see Mr. Martinez get behind Latino Mayoral candidate Tim Ramos. Ramos was actually raised in Allentown and his policy platform can appeal to working class Latino families regardless of their party affiliation. Wouldn't it be exciting if the "Latino Wave" generated an interesting Mayoral race with a focus on issues important to Latino families?

I'm the one who brought the tip on this story. Now, while I have some minority ancestry, I'm a centrist and emphatically NOT one to bring up "racism" at every opportunity. I have zero respect for Parker Fields or his allies. Nonetheless, what went out over La Mega (transcript) WAS actually pretty offensive. They could have busted on the vulgar vacationers without bringing in the over-the-top racial insults. Imagine if a Puerto Rican DJ slammed a group of Dominican travelers with similar ethnic language? Or Italian-Americans? Seriously, we all need humor but I urge people to respect each other, and try to work together.

"Virus" Bernie? Is that appropriate language after this past year? There's been enough racial violence spurned on by that kind of talk to make it uncalled for.

Go, Tim Ramos, an allentown for the citizens of allentown.

"You write about groups as if they're caged exhibits at the zoo."

no, that's what critical race theory does. bernie may be a mongrel inbred bog trotting paddy, but he is no proponent of CRT

3:55-not so fast--O'Connell has an ego the size of a whale--he may run as an independent

”
"Virus" Bernie? Is that appropriate language after this past year? There's been enough racial violence spurned on by that kind of talk to make it uncalled for.”

It is entirely appropriate and my use of that word and the term “social virus “ comes directly from The Tiipping Point.. It has nothing to do with race and everything to do with two kinds of campaigns. Read the book.

Scott McCloud, appreciate the tip. What bothers me is we are relying on a partial transcript prepared by a person who is on ARD for lying. I suspect Victor might have been insensitive or possibly racist, but I’d want to see the entire transcript or better, listen to the audio.

I'm offended,. I'm offended, The new complaint from everyone with a gripe. Please I am offended that you are so easily offended. You have cheapened the phrase by weaponizing it. Everyone but old white guys are now offended by everything. As they use to say, but on your big boy and girl pants and deal with it!

The entire piece needs to be transcribed by a fluent speaker knowledgeable of the culture. Tone of voice needs to also be considered. The transcription I read was not as was spoken in a fluent 25 minute exchange among a shock jock and his straight man and the buffer

The only issue in Allentown is the recent 27% tax increase and the likelihood that the city's fiscal atrocity will require another one. That's even more true for the school district.

Fix that problem, and all the others fall into place. Don't fix it and everything else falls apart.

The little psychodramas over "racism" are little more than a sideshow to draw attention away from the main issue that none of the candidates wanted to in any way address.

You are giving Natalie far too little credit. She didn't just win with Latinos she also won with women across the board isn't it possible she's just some sort of political master mind.

No. It is possible though that Erik Rodriguez put in the majority of the work just to not get a seat sigh

Is this to protect victor, too???? did you even watch the video or watch his lame apology?? fields has his points on this one.. no matter how polarized you happen to be with him.... real is real.....

people who are right don't need to apologize!!!

its just amazing how you give Fartinez the benefit of the doubt without even watching the vid or getting a transcript you approve of....

Imagine Ted, Marco Rubio, and Julio Iglesiais have the same discussion Victor and his co horts had??? wow whatever..

Have you made any attempt to hear the audio or even call your boy and ask him like I did???? smh

You may very well be correct. The fact that Fields himself is dishonest and is suffering sourgrapeitis is not itself a reason to discount the accusation. I do not have the full audio or even a full transcript. Yes, I did reach out to Martinez about this, but did not ask for a transcript. I have heard from two people who listened to the broadcast. One said Victor clearly crossed the line. The other was a bit more equivocal. You probably do not know this but I have immense respect for you. I know from stories about you that you are pretty fearless in your quests for the truth. Moreover, you are actually pretty even in your approach. I just find it hard to believe that someone who has pretty much dedicated himself to raising up minorities would actually be an overt racist. But perhaps he is. I appreciate your remarks.

I appreciate your work Bernie, and have mutual respect.... fair enough...

Trek, I admire you and your work and your comments are making me rethink things.