Patrick Palmer is a Puffer 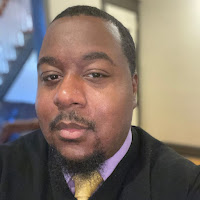 According to his LinkedIn page, Allentown City Council candidate Patrick Palmer chairs the City's Human Relations Commission.  He's also a board (not bored) member of Allentown Commercial and Industrial Development Authority. He repeats these claims in information he supplied for the Voter's Guide prepared by the League of Women Voters. He adds that he's a "co-legislator" of Youth Council. On his campaign webpage (interestingly called Run for Something), he portrays himself as a "mentor" and "teacher." He fails to state exactly who he mentors or teaches. He's running as a supposed "progressive" who opposes "consistent policing." If you want inconsistent policing, he's your man. But if you want someone who is more accurate about himself, think again.

Palmer is a Puffer. His claims about himself are an attempt to pad his resume. .

The members of Allentown's Human Relations Commission are listed here. Palmer's name is missing. City records show he was appointed to the Board in 2018. He may have even chaired it. But his term expired on January 1, 2020. His contention that he is both a member and the Board's current Chair is misinformation.

Allentown's Commercial and Industrial Development Authority five members are listed here. Palmer's name is missing. City records indicate he was appointed to that board in 2018, with a term expiring on January 1, 2023. But he was replaced by Linda A Rosenfeld on January 6, 2021. His claim of membership on that Board is false.

Finally, he claims to be a "co-Legislator" at Youth Council. That group has no co-legislators.

Maybe he can post a video about his boasts and claim he was joking, like he was supposedly joking in a mean-spirited video he published on Facebook, demeaning Allentown's struggling small businesses.

But he does support "inconsistent policing."

LOVE PUFFERS, SMOTHERED IN LIVER AND FRIED ONION WITH A NICE CABARNET

His only response, indeed the only thought he is capable of articulating, will be to call you a "racist."

I dated a girl who claimed to be a film industry fluffer, furniture industry stuffer, and scratch golfer. She turned out to be a frigid and lazy duffer of a puffer.

There's a slummy rental property dragging my neighborhood down that has Patrick Palmer and Me Me Gerlach signs in the yard. I find them be a good symbols for the type of self-serving, inexperienced/inept politicians who have put Allentown in the position it is in right now. Roy Afflerbach and Fed Ed instantly come to mind. I really love living in Allentown and I truly hope that good candidates are elected who will focus on the nuts and bolts of local government; delivery of good services, financial stability and good quality of life for all residents.

If I wrote something like that my Mom would have called that lying. Wonder what his mom would have called it? What the heck is inconsistent policing? Is this a new term used by the Left or some of those goofy groups spouting their nonsense in Allentown.

Updating his Linkedin takes 5 minutes. He should just do so in response to this blog piece.

I guess it's better to be a puffer than a fluffer.

"Updating his Linkedin takes 5 minutes. He should just do so in response to this blog piece."

If it was just hid LinkedIn, I could see this as forgetting to update. But he also fed this info to LWV, and it was dutifully and incorrectly published by two newspapers.

"His only response, indeed the only thought he is capable of articulating, will be to call you a "racist.""

I suspect he himself is a racist bc he sees color in everything. I recently pissed off a black person when I told her she was a racist, but she is man and we are all guilty of bigoted thinking.

(mel brooks would be crucified these days)

A quick search of the ujsportal will tell you which of these mayoral candidates is the slumlord AND it isn't CeCe!!! Four cited violations in the last 2 yrs

Bernie, use proper terminology while writing about a she that is a he, SHIM.

Come to think about it, aren't most politicians puffers, some just more outrageous than others.The majority of them never had a job.

Present members of city council have decent resumes but "What difference does it make". Palmer is just a slug who will fit in nicely with the others. What has been accomplished in city administration or the school district since Eddie went to jail? With a majority democrat run city/school district along with a majority democrat voter registration, they are in full control. What else could go wrong in Allentown that already hasn't? There is not too much left to damage and Palmer can clean up his resume after the election. Vote for Palmer, he could use the experience.

Not only did he make false claims to exaggerate his "qualifications", he does not own a property in the city. He lives with his parents. Why would any city resident want a city council member who can not be responsible? But then he is supported by Josh Siegel.

Hate to say it but he doesn't sound too bright if you ask me. Basic spelling and punctuation are probably good things to have in public office.