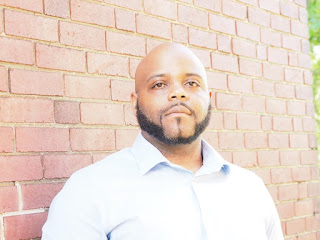 Five Democrats and five Republicans will square off in November for five seats on Northampton County Council. But there may soon be an 11th candidate. Emmanuel Jah-El, an Easton resident, is seeking signatures to get on the ballot as an independent. His webpage is located here.

Jah-El did seek the Democratic nomination, but his nomination petition was rejected for failure to obtain the requisite number of signatures.

Independent and third party nomination petitions must be filed with the elections office no later than August 2.

Too dumb to even be a Democrat. No thanks.

I thought there was a sore looser law, you can’t change party after a primary and get on ballot as an independent, you need to be an independent before primary? Did I just dream this law? Let me know Bernie

I was under the impression that Pa.'s sore loser law prevented an unsuccessful primary candidate from running as an independent and hence would have no application to someone whose nomination petition was rejected. But I just read the law and it applies to everyone who filed a nomination petition. 25 P.S. Sec. 2936(e).

I do not believe you need to be a member of the independent party (there is no such thing) to run as an independent. But you need a lot of valid signatures (2% of the registered voters).

I through Bruno dumped this guy from the ballot? How can he run again?

On his FB account he accused Bruno of Filing a false police report against him for harassment. Do you know if there is any truth to that? If so it would be a pretty despicable act by Bruno.

Bruno complained Jah-El had harassed her at some Dem club or office, but (1) the factual citation she gave to police was no crime; and (2) he was not even there. So I completely understand why he is upset with her. But since her allegations against him did not aver the elements of a crime, she cannot herself be charged with making a false report. Moreover, you'd have to prove intent.

She lied about a black man so she could get sympathy. Also she wanted to sully his reputation. Reminds people of another woman from that area.

If his accusation were about Tara Zrinski or Lori Heffner Bernie would write 5 articles about how they falsely accused & reported a Black man to the police. But since Patty Bruno kisses his ass she get a pass.

By no means does Patti Bruno get a pass. I will certainly be looking at her with the same scrutiny I give to everyone. The purpose of this story is to bare attention to Jah-el’s effort to get on the ballot. If he does, I will be looking at him as well. Nobody gets a pass in NorCo government.