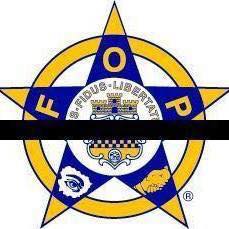 Bethlehem Police Department's FOP (Star Lodge #20) requires a 2/3 majority vote from its voting members before it will endorse a candidate seeking elective office. Two magisterial district judge candidates - Tony Rybak and Van Scott - have jumped this hurdle and attained a rather coveted enforcement.

Tony Rybak is a full-time Northampton County Assistant Public Defender seeking the Democratic nomination in South Bethlehem. He's the son of the late Bill Rybak, a former state representative who maintained a south side law practice for five decades. Tony himself has been a lawyer for 20 years.

Rybak's opponent, Jordan Knisley, is seeking the nomination of both parties. She is a part-time assistant public defender who also works as an associate in the Nazareth office of Harry DeWalt. He's her uncle. She's been a lawyer for five years.

Referring to Rybak as a "courageous public defender," the FOP credits him with a "thorough knowledge of criminal and civil procedure." It also recognizes his "lifelong commitment," claiming this is what makes him the most qualified candidate.

Van Scott is a retired Bethlehem police officer who currently teaches criminal justice. He has cross-filed in his quest for a Magisterial District Judgeship in West Bethlehem and Fountain Hill. A lifelong Bethlehemite, he has shown his commitment to the community by his volunteerism with noble endeavors like the Boys' and Girls' Club and Habitat for Humanity.

Scott's opponent, Amy Zannelli, is a Jersey transplant and Lehigh County Commissioner. She has claimed she could remain in office for 30 years if she wanted, but it's time for to become a judge. Her volunteerism consists solely of political organizations like LV4All and the Democratic party.

Noting that Scott has devoted his life to Bethlehem, the FOP is endorsing him because of his "commitment to judicial neutrality."

The endorsement carries little weight. Most of the cops live outside the city, so they are not getting voters out of it. And the FOP rarely goes out and works for the candidates they endorse. And this is Bethlehem...very liberal.

Willing to respect or accept behavior or opinions different from one's own; open to new ideas.

A supporter of a political and social philosophy that promotes individual rights, civil liberties, democracy, and free enterprise.

@ 9:51 you either didn’t get the endorsement and are sour grapes, don’t know what you’re talking about, or both.

It matters not where the officers reside, but rather, that the primary law enforcement agency, who works hand in hand with the elected magisterial district judge in each of these districts, has determined who the best candidate is to uphold the law and protect their respective communities. This should matter greatly to voters.

I care very little about what a police union has to say. The cops should spend a lot more time wondering about what the public thinks of them.

The Police endorsement is not respected or recognized as much as the firefighters. The Bethlehem Fire Union actually carries weight. They go door to door with their endorsed candidates and work the polls with them on election day.

He will lose any way because of voter fraud in the lehigh valley. This has been a one party area with party favors For those claiming ignorance.
Did you get that new pair of sneakers you so love yet Bernie?

The Bethlehem Liberals won't be influenced by an FOP endorsement. In fact, in some areas of the South Side it will hurt the candidate.

If someone wants to buy the Morning Call for millions of dollars, I sure hope they cut Bernie in for at least 50% because he covers actual local news.

"Amy Zannelli, is a Jersey transplant and Lehigh County Commissioner. She has claimed she could remain in office for 30 years if she wanted, but it's time for to become a judge. Her volunteerism consists solely of political organizations like LV4All and the Democratic party."

Wow Man! I heard you had this. You think you have problems, we have the same in Northampton County. Tara Zirinski has claimed to say she is the most popular and well known elected official in the county. She is already running for next years state house while she is running for the county. I have been told she pumps out a cause at every meeting she goes to for her image.