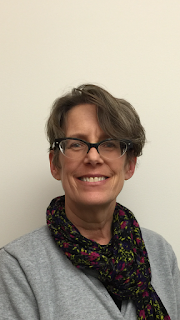 Pat Broscius, a former Assistant District Attorney, is seeking re-election as the Magisterial District Judge in Bethlehem Tp. She has filed nomination petitions from both Democrats and Republicans. Surprisingly, she faces a challenge from NorCo employee Andrew Tupone.

Tupone made a name for himself, and not in a good way, when he was part of the Panto Parking Police. Several lawyers felt they were targeted by him, which is hardly the kind of conduct you want to see in a judge. Tupone then bounced around in the county. First, he was a 911 dispatcher. Then an elections clerk. Most recently,. he is an assessor. Along the way, he's tried to get himself appointed as Controller. He stormed out of Council chambers when passed over, which is rather injudicious.

Tupone is being pushed by the Bethlehem Tp GOP Committee.

Tupone knocked on my door soliciting signatures for his ballot. He told me that Pat was sick and led me to believe she was not running or too ill to run. So he lied.

1:00pm Sounds about right. Guy sounds like a weasel with an inflated sense of self-importance. In other words, perfect for the job! -J

He didn't lie, she is sick and off and on working in her court. Many times there are Senior Judges assigned to work because she is out. While I wish her well and a speedy recovery, she should NOT be running again for an office that she has barely been able to attend to her duties for the sake of pay and benefits from the taxpayers. We need a full time Judge who can be there and handle the job.

That’s not the question. The question is whether you misrepresented that Broscius was not running. Ian’s why don’t you sign your name? That appears to be dishonest too, just like your slurs when you were in the elections office.

Exactly, whether she was out of the office or not IS NOT THE POINT. Furthermore, whether or not her or a close friend or family member was sick in the past few months because of the GLOBAL PANDEMIC is absolutely NONE of your business.

Bernie suggested that the comment from 10:36 was made by the candidate. I...I just refuse to believe that a candidate for a DJ in this year of our Lord 2021, would suggest that this woman's past POSSIBLE personal medical obstacles should preclude her from holding office in the future. But then again, if this guy really said that in the course of door knocking then and no longer gets the benefit of the doubt, completely inappropriate. -J

Furthermore 10:36, I'm sure the senior Judges to whom you refer are more than capable of filling in for a respected colleague when need be. How about you don't speak for them mmkay?

Andrew is not qualified, end of story.