Why Gracedale Advisory Board Has Stopped Meeting 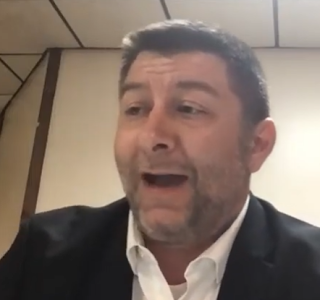 Jim Irwin is a former Gracedale employee (1999-2013) who has gone on to represent the AFSCME bargaining unit at the county-owned nursing home. He also chairs the Gracedale Advisory Board. He responded at last week's County Council meeting to Council member John Cusick's complaint that there have been no meetings over the past year.

Irwin prefaced his remarks by noting tht the Advisory Board was established as a watchdog to guard against the sale of the facility to a for-profit corporation. "Councilman Cusick should be aware of this as he was one of the members of Council at that time who were in favor of the sale," he remarked.

Irwin went on to tick off four reasons why meetings have been suspended.

First, in the midst of a pandemic, there is little danger that any for-profit corporation would want to buy Gracedale.

Third, as AFSCME's representative at the home, he is on constant contact with both employees and administrators, and knows exactly what is happening.

Fourth, conducting meetings may actually have increased the infection and death rate because it would have imposed a burden on staff at a time when "one more straw could break the camel's back.

Irwin vowed meetings will resume once the pandemic abates.

An ugly comment about unions will not be published. You can be anti-union, but can express yourself with a little less vulgarity.

Pennsylvania law provides that when someone is appointed to a board or authority, he remains in office until he is re-appointed or someone is chosen to replace him. Irwin is still a de facto board chair.

Go get them Jimmy. Keep up the fight for our Unions.

The last point is the only real concern. Not sure if the union president is best to preside as his main concern is union staff. The pandemic is a good reason to hold up for now. A citizen advisory board is essential. Since it can operate without Executive control. Believe this Board is a council created law
The rest are just McClure talking points. He is known to hate any one looking over his shoulder. Just as all staff have a gag order on them.

If the purpose was to not sell I understand a union person involvement. However a union rep with no experience in running anything like a nursing home seems to be a poor choice for this role. What was his job at gracedale?

@4:12, Mr. Cuaick was smart. He stated that the counul passed a law to have an advisory Board for Gracedale. He also said that since e McClure ignored the law and violate his responsibility to appoint members within a certain timeframe, county council has the power to appoint the members themselves. The only question is do the head bobbers have the guts to do it.

The blind leading the blind.