Osborne: Did South Whitehall Strike Out With Youth Sports? 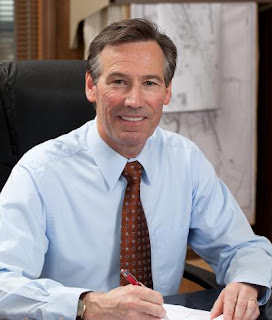 As the BOC meeting last Wednesday was coming down the home stretch, a seemingly routine question was asked by a commissioner concerning a recent contact from a constituent about increased fees associated with the use of ballfields for youth sports this year. And that question turned into a “porta-potty issue” as dubbed by an administration official. Apparently, the township had forewarned the youth groups last year that beginning in 2021, they would no longer “foot the bill” (as this official worded it) for porta-potties on non-township owned sports fields. And now they followed through with this plan in an effort to cut expenses for the Parks & Recreation department.

Based on the public discussion, it is unclear who made this decision, but very clear that not all the commissioners were aware of this policy change for something that has been in place since 2005. Ironically, a commissioner who is typically in the majority of the 3-2 decisions, stated earlier this year that the township exceeded budget expectations in 2020 and ended up with a “surplus.” Residents are wondering why, then, is this relatively miniscule expense been targeted for cuts after a “surplus” year?”

I’m committed to call “balls and strikes” as I see them in this blog. In light of a supposed budget “surplus”, is this the year to impose a greater financial burden on our families and their young athletes as we get back to some semblance of normal life?

Thankfully, a pinch hitter stepped up to the plate . . . hearing this news, a longtime township resident started a GoFundMe account this week to help defray the cost to the families in the township. Within 48 hours, they have reached over 70% of their goal.

How do you see this . . . did the township leave our youth groups stranded on base, or is this right time to enforce the “rules” and let the residents go to bat for themselves??

Government mostly hates citizens. We know what happens when the government says it's here to help. But the GoFundMe proves that people can handle there own business. In this case, the BOC or whomever is responsible, although hilariously dysfunctional, stumbled into the correct decision. Even mean spirited, blithering idiots get lucky sometimes.

This is so sad there’s something fundamentally wrong with the core of South WhiteHall’s government.. in one breath they give Grants out to Small businesses and then the next breath they take Porta potty‘s away from kids. This is not the South Whitehall Township that I grew up with ,something has to change I’m not sure what but I’m sure it’ will start to change on May 18.

I understand lines need to be drawn and the twp doesn’t have unlimited funds but it’s important to keep youth programs supported. If a change is going to be made, the programs should have been given at least a year to make other arrangements. Springing this on them at the last minute is not fair.

Since I'm not from SWT I don't know the set up/structure of their youth sports programs, but to be honest, that the township was providing porto potties on non-township owned sports fields is incredibly generous. There certainly is a not insignificant cost associated with having them, and like everyone everywhere, those costs have slowly risen year by year.

That said, yes with a surplus its an easy item to provide that has a tangible impact on the quality of life in the township. Youth sports brings communities together and boost civic pride and involvement.

Thanks for Bringing this issue to the public, Brad. I am the "Township Resident" you mention in the blog. I just want to clarify that it was David Kennedy and Monica Hodges, two candidates for SWT Commissioner, who decided to start this fundraiser and help these kids. I only helped them by getting it up and running on Gofundme. For any who read this and wish to help them, please follow this link.

Apparently the link I added to my comment for the GoFundMe page did not work. Can you please post this link? Hopefully this one will work.

Brad - please write something about the people running for SWT commissioner. I am starting to receive mailers and of course the mailers all imply each person is great. I'd love to have your insight prior to voting in the primary.

Thanks and keep up the good work!

Time for fresh faces in SWT, Morgan and Setton be have gotta go, as n do NO to Tom Johns, rep turned dem.

Andwhy is Joe Setton to re-elect him? He was never elected... He was appointed during a midnight fiasco meeting thanks to known clown Pinsley

Thank you for your response. I plan to post about the South Whitehall commissioner race soon!