Do You Have What It Takes to Be a NorCo Poll Worker?

Though the courthouse is still closed to the general public, I was allowed inside on Monday. That's because I'm a very special person - a poll worker. I was really looking forward to a class on pole work and was loaded up with dollar bills. But I was disappointed. Instead of seeing this:

I ran into this: 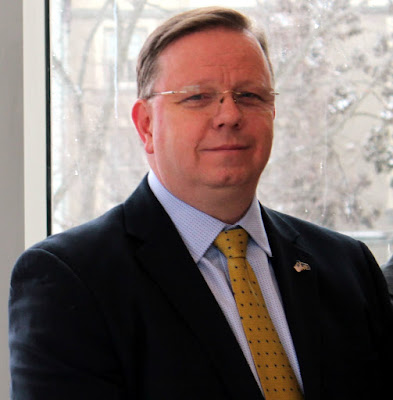 "What's that doing here?" Administrator Charles Dertinger said when he saw me and, to his credit, had me tossed. But I was able to sneak back in through a very clean air duct.

Unfortunately, instead of pole training, the class I attended was poll training. To be specific, it was regarding the epollbook that comes into play on June 2.

Voter Registrar Amy Cozze and her Deputy, Amy Hess, taught us how to use what is essentially a glorified iPad. It seems really easy.

What could possibly go wrong?

Cozze also told me that her office has now processed 30,000 requests for mail-in ballots, and is receiving 800 requests per day.

She added that, after Governor Tom Wolf on May 8 extended the shutdown until June 4, she lost about 30 pollworkers. Many of them are elderly and are reluctant to risk themselves while we are under quarantine. So despite best efforts, we might go into the June 2 primary a little light on manpower.

If you're one of the many people out of work right now, you could work the polls on June 2. If you have questions about it, contact the Northampton County Voter Registration office at (610)829-6260. The only requirement is that you be a registered voter somewhere within the state. The pay is $175 for a poll worker and $200 for a judge. It is a very long day, but is good money if you're unemployed.
Posted by Bernie O'Hare at 5/13/2020 12:00:00 AM

I though she told the council she was OK with poll workers and now she has a problem. Amazing how they tell you one thing an the council something else.

Of course the administration has zero respect for those council people. Its like a Caesar talking to the roman senate. They tell them what they want but do as they pileate. The council is also to blame as they are just a passive sounding board for McClure and his political crony hires. Mr. Cusick is trying but no one helps him.
Grow a backbone council people or leave.

Those two pictures do not belong next to each other.

If I'm wearing a mask for poll workers' safety, will I be able to vote several times?

This sure is the place for that!

"I though she told the council she was OK with poll workers and now she has a problem. Amazing how they tell you one thing an the council something else."

She did and the very next day, Wolf extended the lockdown and several dozen poll workers said No to the polls. Many are elderly and high-risk.

Hilarious photo. The one of the pole dancer is good, too. I always wondered what happened in someone's upbringing to put them on the pole. I never bought the "I'm working through medical school," excuse. Are these workers paid in folded singles? God love the older ones. But when they've timed out, it's just sad watching.

Despite its inauspicious beginnings, pole dancing is considered a great form of exercise and is featured in various classes.

"Hilarious photo. The one of the pole dancer is good, too. "

Deringer is the worst Administrator in county history. He is arrogant and clueless. Your initial reaction to him was the right one.

Also as you trip over yourself praising all things McClure's empire, your golden girl Cozze has some tarnish. People are in fact complaining that their requests for ballots have been screwed up So much for this wonderful efficiency.
In fairness much of this is county councils fault. They have become a bunch of ineffectual stooges that is there is to kiss McClure and companies rings. Councils of the past must be turning in their graves.

Agree 100%. Northampton County government is a farce. Home Rule hasd turned into one person rule. It took some time but it does not work. It took a slick talking lawyer and a crew of cronies, along with a weak kneed county council to prove it. It is time foe the county council to grow pair and put a ballot question to the voters, if they want to go to a
Commissioner form of government. This form was created by business elite for supreme control. Now the county is in essence controlled by one person.

Time to fix the mistake. Put it to the people to decide.

In my opinion the pay needs to increase this time around. I am there for EVERY election as a Constable, these poll workers are the glue that keeps it together and things running smoothly. Hats off to them...PAY THEM MORE!