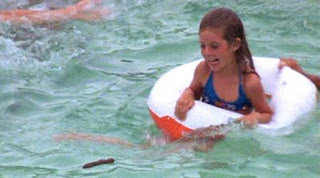 Joe Negrao is the owner of Alexandria Manor, a popular assisted living facility with locations in Nazareth and in Bath. He has a personal care facility in Bethlehem at the corner of Linden St and Oakland Rd, and had a green light for another.  But instead of the personal care facility he planned to build, he's decided on a swim school for children. It will be located next to Lightbridge, a pre-school center he plans to build there. He owns the entire city block along Linden Street, between Johnston Drive and Macada Road.

The swim school would have a smaller footprint. The personal care facility he originally planned would be a three-story 18,300 sq ft building. But his swim school would be only one story and only 8,500 sq ft. In addition to being next to his own pre-school, it would be across the street from an early learning center. "A swim school fits perfectly in this area," he said.

But he will have to wait for approval until May. He needs to advertise that he is seeking a special exception.

In other business, a divided Board granted only partial relief in a request for signage at the new Nitschmann Middle School along Union Boulevard, called NewNitsch. Gus Loupos and Mike Santanasto wanted to allow the signs to identify Nitschmann with Bethlehem Area School District, but were outvoted by Bill Fitzpatrick, Linda Shay Gardner and Jim Schantz.

Principal Peter Mayes were a bit miffed that the Board rendered a decision without hearing from him first, a mistake that Chairman Gus Loupos acknowledged Mayes said that NewNitsch, as he called it, "is not just a school, it's part of the fabric of the community." He called the decision a "missed opportunity" to market the school and let people know where it is, just as drivers along Route 378 can see signs marketing B. Braun. "What a great opportunity to let everyone know," he lamented.
Posted by Bernie O'Hare at 4/27/2017 01:13:00 AM