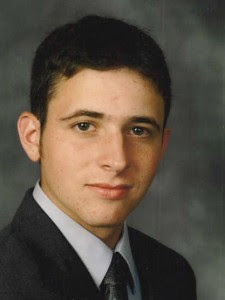 The 13th annual Justin Sheftel Memorial Softball Tournament is set for June 17, 2017 at the Lehigh County Athletic Fields. Twenty-two teams will be competing and over 800 friends, players, family and community members will be in attendance.

Former Philadelphia Eagles placekicker and 6-time NFL Pro-Bowler David Akers will be part of a new VIP Reception and will participate in a free Fitness and Sports Performance Clinic for middle and high school aged students. There will be softball, but mostly, there will be fun.

Through the Tournament, the Justin Sheftel Memorial Fund has grown significantly over the years and, with its growth, the memorial fund has been able to increase its impact on local non-profits and to deliver a message against underage drinking and drinking while driving. The Justin Sheftel Memorial Fund has awarded twenty-two scholarships to deserving Parkland High School students and participates in many other charities throughout the community.

Information on how to meet David Akers and to become a sponsor: http://justinsheftel.com/sponsorship/sponsorship-information

This event is held in honor of Justin Sheftel, who died in June of 2005 at the age of 18, just hours after he graduated from Parkland High School. Sheftel was hit by a car driven by a drunken driver while crossing a street in Ocean City, Maryland. Out of this tragedy grew the annual Justin Sheftel Memorial Softball Tournament, which was started by a group of Justin’s friends as an incredible and meaningful way to honor his life.
Posted by Bernie O'Hare at 4/19/2017 12:00:00 AM

I went to William Allen with Justin's father Elliot. I didn't learn about this until a few years ago, as I no longer live in the area. Justin's sudden death at a young age was a terrible tragedy, as I still recall my own commencement and graduation day from William Allen, and the sense of achievement I felt.

This is a wonderful event and it's a pleasure to contribute to it.

Thank you for your kind words.