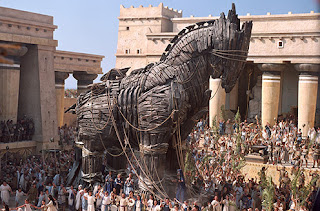 In Northampton County and other municipalities, some employees have something called a P-card. This is a purchasing or procurement card. It's similar to a credit card. It eliminates both a cumbersome procurement process and the need for petty cash, which is always subject to abuse. It provides an electronic trail, so people like the Controller or any good government watchdog can determine whether taxpayer funds are being spent properly. But Northampton County's Department of Human Resources has basically perverted the P-card system to crate another kind of petty cash or slush funds. It is doing so by purchasing gift cards.

On January 1, Courtney Kendzejeski, who is in command of Human Resources at Gracedale, used her P-Card to purchase $1,000 worth of gift cards from Target. Human Resources Director Amy Trapp has been handing others out to some county workers. So what's the big deal?

First, gift cards totally defeat the purpose of having P-Cards. With a P-Card, you can follow the money. But once that money is spent to buy gift cards, accountability is gone. When $1,000 worth of gift cards are purchased, what assurance is there that these gift cards are actually being used to reward worthy employees? Unfortunately, the potential for fraud exists. Amy Trapp or Courtney Kendzejeski or someone else could simply keep a few or even most of those cards for themselves, and no one in the county would be any the wiser. To be clear, I have no reason to doubt the personal integrity of any person in Human Relations. But sooner or later,someone in that department will use these gift cards as his or her personal piggy bank.

Second, there is some evidence that rewarding employees with gift cards can backfire. According to one article in Forbes, they can actually demotivate workers who would prefer to see their hard work rewarded the way it should be - with a fair wage. Some will also feel that favorites are being rewarded.

Finally, gift cards are taxable income. The County derives its revenue with property taxes, yet is handing out cash equivalents to employees that it is failing to report as income. This happens to be the opinion of SHRM,where several HR staffers are members.
Posted by Bernie O'Hare at 4/19/2017 12:38:00 AM

This does not appear to be a problem.

All that training to learn how to circumvent the system. They should have to produce receipts for every penny or take it out of their pay.

Fortunately there were no problems or terminations yesterday because there were no HR management people to be found. Guess they were on another junket getting there basic HR skills on the back of taxpayers and the Spoiled Entitled Brat Government Workers. Maybe they should be forced to finger punch in and out!!!!!

Non-transparency once again. This is the legacy of the Brown/Allen/Trapp regime! Where is the policy for this lunacy. Where is our vaunted county council once again; sleeping at the wheel I suppose. This administration makes a mockery of themselves and council. If this is so, and I firmly believe it, this should make excellent political cannon fodder. The fat cows who sit on council should resign on what BOH has provided us! Fire them all on election day!

is there a list of who got the gift cards?
if not then there should be.
posting a list should be no biggie.
the biggest problem is the optics of the situation.
first impression is HR hands out cards only to people who kiss their ass.
which will be the attitude of everyone who does not get a card.
if HR say gave out a card for employee of the week for example then it would look a little better.
but to run a stealth plan(kinda doubt that handing out gift cards are common knowledge) then that is just a bad idea.

Trapp was recently handing them out like candy to deputies and COs. According to what they tell me, she did not have recipients sign for them or note to whom they were given. This means there is no accountability.

To be clear, this is no challenge to the personal integrity of Trapp or anyone in her department. But this is an observation about human nature. If you tempt someone to steal, eventually the wrong person will. This seems like a nice idea on the surface, but I question whether it really works, don't like the idea of gift cards for doing your job, think there is no accountability and it is a taxable incident. The county needs to follow the law if it expects others to do so and is not.

Why is a county government employee handing out gift cards to staff?

Why are they permitted to buy them in the first place?

If SHRM isn't a requirement for the position, it should be at the expense of the employee.

Is this an employee incentive plan? Where my wife works they give them out every quarter for health related plans. Wear a FitBit, hit the points required, and you get to choose a gift card from a merchant you select. The company HR buys the appropriate number for each, and they're handed out to the employees who earned them at work. If this is the case, there's gotta be a paper trail though. If not, then they got some 'splainin' to do.

"Where my wife works they give them out every quarter" Does your wife work for the public? If so, the taxpayers should be pissed off. If she works for a private company then the tax payer isn't concerned.

I am less concerned if there is a paper trail. But I am still bothered that even though these are small gift cards for general merchandise, they are taxable. Ironically, a Starbucks card for a small sum is not, but a Target or Giant card for the same small sum would be because those are considered cash equivalents.

"but I question whether it really works, don't like the idea of gift cards for doing your job"

Who gives a leap what you want, King Crap. If you are so great run for Executive. Otherwise your opinion Is like another asshole. If you had been this picky during the Stoffa years the county would have saved millions but that is another story.

If you want to do something for the employees and better morale. Or for what ever reason it is being done. Takr all that money that is being wasted in stupid shit and guve the employees back there HEALTH INSURANCE!!!!!!!!!!!!!

Why only to deputies and COs???? What about the rest of Entitled Spoiled Brat Government Workers!!!!!

There may have been handouts to other spoiled brat government employees, but the deputies and COs are the only ones I know for sure. I just want to make clear that, for two or three gift cards, you're toast.

What does that last line even mean? Why would you "be toast" for receiving 2 or 3 gift cards?

Thus is failed humor on my part. I was suggesting I could be bribed forvtwo or three gift cards. It would actually take four.

Ahhhhh, so that's how Barron got you in his pocket! Weakness for Starbucks? Or was it Dunkin'?

Try Panera and he's in your pocket! Lol