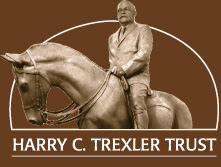 From Lehigh County Court Administration: The judges of the Court of Common Pleas of Lehigh County have selected J. Scott Pidcock to succeed the Reverend Daniel G. Gambet, OSFS, as a Trustee of the trusts under the Will of Harry C. Trexler for a ten-year term effective May 22, 2017.

Mr. Pidcock is the managing principle of the Pidcock Company, an Allentown-based civil engineering, land planning, architecture and land surveying firm. The company was founded in 1924 and employs 50 persons.

He currently serves on the Yale University Divinity School’s Board of Advisors, and is a Trustee of the Rider-Pool Foundation and an Elder of the First Presbyterian Church of Allentown. His previous service to the community has included membership on the Boards of Trustees of : the Wildlands Conservancy; Moravian Academy; Allentown Art Museum; Baum School of Art; Cedar Crest College; and American Bank. He is also a member of various state and national professional organizations for professional engineers.

Among Mr. Pidcock’s various charitable involvements in Lehigh County is a program he and his wife initiated at Sheridan Elementary School, where Mr. Pidcock attended the sixth grade, which provides winter coats and a food pantry for students and families.

“Mr. Pidcock has a demonstrated a long history of understanding the character and evolution of Lehigh County, from what it was to what it is. He is a careful listener, deep thinker and thoughtful communicator. His business acumen, sense of community and philanthropic commitment will help steer the important work of the Trexler Trust in the years ahead” said President Judge Edward D. Reibman in announcing the appointment.

The Trexler Residuary Trust was created under the Will of General Harry C. Trexler, who died in 1933. It is a $120 million charitable foundation that distributes about $5,000,000 each year. Under the terms of General Trexler’s Will, 25% of the net income from the Trust is added to the principal of the Trust, 25% of the net income is distributed to the City of Allentown “…for the improvements, extension and maintenance of all of its Parks; …” and the remaining 50% of the net income is distributed by the Trustees to “such charitable organizations and objects as in their discretion shall be for the most benefit to humanity, … limiting them … to the City of Allentown and the County of Lehigh ….”

ALL Bluebloods. No commoner will ever be on this Trust.
Michael Molovinsky should be on it. No I am not kidding.
He knows the Parks better than anyone and could give valuable advice to the Trust.
He would also make $30,000.

Bernie, I must ask the question as to why the musinex man still sits on this board? Just think of the commercial and it is easily figured out who that person is, and while I am typing I love the new sale logo on park workers shirts at a cost of what and who approved that because work dickies were just fine for all city employees for many years?