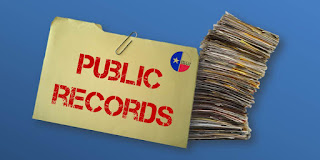 On Friday, I received a 500-page response to a Right-to-Know request in Northampton County. This is pursuant to recent state law designed to make records more accessible to the public. One of you had these questions. "[H]ow would you know if you got all the expense reports and p-card use? i believe you will get all of them but what if some were hidden?" Well, that's what has happened. Though the law provides sanctions for refusals to disclose made in bad faith, I think what happened here is just an honest mistake.

In my Right-to-Know, I asked for the following:

Though these informational requests must be answered in five business days, most governments respond to even the most routine records requests with an automatic 30-day extension. Then, despite a presumption in the law itself that all records are public, government officials will look for a reason to say No. All too often, the Right-to-Know has become the Right-Not-to-Know.

I've criticized Northampton County and Executive John Brown for their complete lack of transparency, so they apparently went all out to respond within the required five days. But in the process, mistakes were made.

Also, I know that over $4,000 was spent for furniture in Human Relations almost as soon as Amy Trapp was named Director there, but only a few have been supplied.

I have asked Attorney O'Donnell to comply with his Right to Know and produce the records that I know exist. W are currently in the appeal period, so I will be forced to appeal this refusal unless they are produced.
Posted by Bernie O'Hare at 4/17/2017 12:00:00 AM

You must have a lot of free time on your hands. How much is it costing taxpayers for the manpower and work for your latest witch-hunt?

John Brown, Cathy Allen and Amy Trapp=No transparency. Are you surprised? But you should be applauded for this costly endeavor!

@ 5:13am- how much does it cost the taxpayers for the "witch"- your word- to ride around on a hover board, shop for unneeded furniture, sponsor lunches against policy and send her staff to unnecessary, yet luxuriously located training sessions?

This woman is a disgrace and so are her counterparts. They bend the rules when it suits them and screw everyone else. Where is council on this? Why havent they at a minimum called her out on the "entitled" comment?

"You must have a lot of free time on your hands. How much is it costing taxpayers for the manpower and work for your latest witch-hunt?"

5:13 AM: Free time? This is first rate investigative journalism, you were up at 5:00 am to read! The question you should be asking is how much it is costing the tax payers to send this department head to junkets all over the east coast for 40 working days in 2 years.

any person who has the authority to spend the taxpayer's dime should be able to defend such purchases.
if they are abusing such trust they deserve to hear about it from the taxpayers.
given the record of abuses mentioned so far--if anything more oversight is needed not less.

Why not show the pattern of govt employees who waste and spend tax dollars and further your RTK in Beth Twp? You seem to cover their meetings regularly and might see some low hanging fruit worth investigating.