Seth Vaughn Has 0% Attendance at LVPC 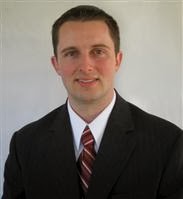 The Lehigh Valley Planning Commission, formed in 1961, is our regional planning body.  It has studied light rail, passenger rail and widening Route 22. It reviews every plan proposed in the Lehigh Valley, mostly in an advisory capacity. For some smaller municipalities, it is the Planning Commission. So it's no surprise that NorCo Council candidate Seth Vaughn would tout his membership, calling himself  "an active member." But according to the minutes of the LVPC's monthly meetings, he has yet to attend a meeting.

That's a strange way to be active.

In addition to the online minutes for January through August, he also missed September's meeting.

In my questionnaire to County Council candidates, one question focuses on the important of attendance. I've always believed that showing up is half the battle. I thought Seth agreed. Here's what he said.


I feel that if someone chooses to seek public office and is successful at achieving that office, has an obligation to serve the public as best they can. It’s an embarrassment when a public official skips committee meetings and does not show up for work all the while collecting money from the public to work for them. What’s worse is the public which is primarily uninformed regarding local politics trusts these individuals to do the right thing and show up for work and assumes they are even if they aren't.

Vaughn pleads guilty. "I will be the first to admit my attendance has been abysmal for the planning commission," he admits candidly, acknowledging it is "an issue for voters to consider." According to Vaughn, a "perfect storm" of unusual circumstances has kept him away. "I read all communications and minutes sent to me from the commission," he tells me.

And he'll be there in October.

Who appointed him? They should be held to task for appointing some one who fails to show up.

He was appointed by Stoffa, with Council's assent. When I contacted Vaughn, he told me Stoffa has written to him about his poor attendance, pointing out he may not want to reappoint him.

Sometthing else must be going on. For any candidate to openly acknowledge their shortcomings and tell us that it is, indeed, an issue voters need to think about, is either completely stupid or very7 brilliant.

Grade A twink meat, he's got my semi and vote.

When we appoint someone to a committee or Board they send a Resume' and we review their qualifications and vote on the appointment. There is no way you can tell how a person will attend until they do (or don't in this case) and only after their term is up do we have a history to look toward before we re-appoint or recommend to not appoint.

No one has a crystal ball, but if you do, please bring it to the next Personnel Committee meeting on October 16 at 4pm

Stoffa has been known to appoint who his handlers tell him to. If you go down the line on his appointments most are those his Republican bosses push or people that have kissed his backside.

The Republican boss who recommended Seth Vaughn, I am informed, is Democrat Ken Kraft. So your conspiracy theory is more than a bit off. Ken got to know Seth when they ran against each other. Ken chairs the Personnel committee and vouched for Seth, but has been disappointed by the absences.

Ken also had Borso put on there. What is her attendance?

Fair. She has missed two of eight meetings. 75 per cent. Don't know if she was there in September.

She was there in September. I saw her.

This guys a regular Lamont McClueless. He takes a job and doesn't show up. Kids learn bad lessons from lazy and irresponsible adults.

Once again McClure is the most knowledge councilman there is. He has a full time job and can't attend committee meetings. Even though he doesn't attend he still knows the issues.

That's because as a councilman everything comes through the email that is done in every committee meeting and every Council meeting etc. if u take the time to be informed you will be knowledgable of the happenings of NORCO

Lamont McClure insults the voters who elected him by failing to represent them at important committee hearings, where most of the heavy lifting is done. Then, during meetings, he asks questions about matters that had already been discussed, demonstrating his own uninformed status. He does not belong in any office, and that will be what happens in the next election should he dare run.

That young kid came to my door and i asked him about a lot that he had on his information card. Maybe he did not attend those planning meetings but he certainly knows everything going on in this county. With everything goin on around here I would take a doctor that served in a war than another democrat raisin my taxes.

Another hit job from the vortex of hate. Sitting alone in his dirty hovel, crafting malicious smear pieces in exchange for inside information and privilege at courthouse. Vaughn will win despite your best efforts to sabotage his candidacy, kind of like the lady from West Easton.

7:37 he knows everything? Let's analyze this. You asked him about stuff on His card and he answered your questions. Wow that makes him know everything? And who has raised your taxes one cent at the county level in the last 9 years?

Everybody wants the Glory but nobody wants to work for it. Council meetings are only part of your duties when you are elected to County Council. There are numerous boards and commissions that you must attend. Some of them are:
Lehigh Valley Planning Commission
County Housing Authority
Prison Liason
Lanta
Airport
Soil Conservation District
Lvedc
Children n youth
Mental illness
Senior advisory
6 (six) major council committees
(finance, human services, etc,)
community block grants (casino)
plus a few others.
Council members can't attend all these meetings but are expected to attend those meetings assigned to them. The information pipe line closes down when meetings aren't attended. It also means your constituents are not being represented. McClure is a bad example of a responsible and responsive Council Member.

Vaughn is a physician's assistant not a Doctor. He is also clueless about the county. I would rate him and Borzo neck and neck.

Vaughn is a PA, not a physician, but is very well-informed on County issues.

Borso seems to be very knowledgeable on county issues and so does Vaughn. Can't say the same for Phillips and Hunter.

Come on 3:29pm; Deb Hunter went to the Citizens Academy, hell she knows everything about NORCO now, didn't you get the memo?

The LVPC does important work with a limited staff. They need better directors than those who believe they only need to read minutes of meetings they are to attend, and show up for group pictures. This guy deserves to be removed from the LVPC - he is simply taking up empty space.