Some Facts About NorCo PFAs 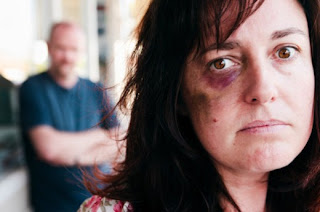 Many of my recent posts have focused on Pennsylvania's Protection From Abuse Act (PFA). That Act was adopted because our criminal law is inadequate for dealing with the violence that sometimes arises in a domestic environment. Police are reluctant to get involved, especially when battered wives drop charges only days after they are filed. So this domestic, non-criminal  law was adopted. It includes a temporary protection order, which can be issued based on the testimony of just one person, to provide some basic protection from violence, as well as a cooling off period.

Based on some disinformation being spouted on the AM airwaves by Jim Gregory, Brian Bind and Tricia Mezzacappa, I decided to do some research into the law as it applies in Northampton County. They claim that the PFA process is used as a tool of revenge. Here are the facts.

2) Over half of the PFAs filed are withdrawn or dismissed. - A study of 200 PFAs filed this year reveals that over half of them (117) are withdrawn, dismissed or just expire. 67 were simply withdrawn, in some cases, even after a final PFA Order has been entered. 43 were outright dismissed for insufficient evidence after hearing. 7 cases, emergency orders from a Magistrate's office, simply expired with no further action.

In many of the withdrawn cases, the files contain photographic evidence, showing that violence did occur.

3) PFAs are often very limited in scope and duration, with the focus on minimizing family violence. - Although a PFA can last as long as three years, judges are reticent to make them last that long, especially when children are involved. They usually impose a shorter duration and often allow limited contact between mothers and fathers for visitation purposes with children.They appear to be particularly concerned about children. In one case, where a mother commented in passing about unexplained bruises on her children, Judge Michael Koury requested that they be brought to him that very day so he could ensure there is no abuse.

4) Some PFAs are agreed orders. 14 of the 200 matters reviewed resulted in agreed PFAs.

5) Contempt of a PFA is uncommon, but not rare. Of 200 cases, contempt proceedings were filed in only 17 of them.

7) The PFA staff is very helpful. - Far from being "lazy", as they were portrayed by Tricia Mezzacappa, this staff has always been helpful to the victims of abuse. Not only do they help in the preparation of complaints, but they accompany parties to the courtroom and ensure that Court Orders are timely delivered to police and Sheriffs. They see the abuse first hand, every day, and you could not pay me to do what they do.
Posted by Bernie O'Hare at 9/03/2013 12:00:00 AM

Then there are the cases were you have a mensa involved. You didn't factor that in your research did you Bernie?

PFA's are serious business. Judges take them very seriously. The local, "no sensea mensa" blew it when he decided to ignore the judges warning, twice.

He better have one Hell of a case on Friday. Otherwise he may be spending Thanksgiving in the can.

Bernie,Why are so many babies being killed by their caretakers this year? It seems almost epidemic.

environmental estrogens have reached oversaturation in human's. That's why.

Oh no Bernie, do a report on this.

JG claims to be so smart; however, what support did he have at his last court appearance. He is an abuser and in complete denial of it. It is very difficult to figure out whether he is mentally ill or his true personality finally came out. I still cannot believe the radio station allowed him to have a show which did nothing but harass and intimidate a person who has a PFA against him. That is not freedom of speech; that is contempt of court. Also, I am starting to wonder if he wants to stay in prison. What has he really done to try to stay out. It should be interesting to see who his lawyer will be. I doubt he will listen to them as he doesn't appear to be listening to one ounce of reason. He is going to have to figure it out on his own at this point. It is totally up to him whether he wants to stay in or out of trouble.

This shows you that Gregory is in the minority (just like his mensa membership). That is not good. He thinks he is smarter than everyone else and he thinks he can outfox our judges. Real "Mensa" members sre smart enough to know you don't refer to judges with "ethnic slurs" i.e. baked ziti, baked ravioli" and think you walk away. Nope. You just walked your way into a jail cell. The employees in Northampton County PFA Office are always going to look out for the abused person coming to their office. They will send a case to court every time. Let the Judges make the decision on who is telling the truth and who is telling lies. They don't get paid enough to take on that kind of responsibility. You did a good job on the research Bernie. Now lets start a lottery to see how many more weeks Gregory gets added on to his jail term. Better yet, will Mezzacappa have the same address as Jim for her part in the harrassment of Jim's ex.?

CLEVELAND — A man who threatened officers in Cleveland is making a court-ordered public apology by standing near a police station with a sign describing himself as an idiot.

A judge had ordered 58-year-old Richard Dameron to stand outside a local police station with a sign bearing an apology. He began the vigil Monday and must stand outside for three hours each day for the rest of the week.

Dameron was convicted of threatening officers in 911 calls.

His public shaming isn't the first of its kind in the city. The Cleveland judge who sentenced Dameron previously made a woman wear an "idiot" sign in public for driving around a school bus.

Someone said the word on the street is,"Free Jim Gregory, political prisoner"

Jim has 5 contempt charges, for which he will try to attack the character of the Victim, in each case. After the 5th hearing, comes the Gagnon II hearing. With the previous contempt hearing's fresh in the Judge's mind, Jim will be Judged on all his previous statement's/behavior's in Court.

Bernie could you look into another facet of your investigation? How many PFA's are filed where the parties are involved in civil litigation, i.e. custody.

Personally I am 100% for PFA's, however what about the ones that are bogus. Is it not a crime to lie under oath? After speaking with someone who has first hand knowledge of the PFA procedure and use to be the escort from the PFA office to the court room, this person would tell you 75% of the PFA's are bogus. Divorce / custody attorneys are sometimes the first to say "go get a PFA" so when the parties go into a custody conference, when the phrase "oh he has a PFA against him" or "we are waiting for our case" it gives a black mark automatically and the person (as with anything in todays day and age) is guilty before innocent which prolonges the custody hearing and does not help the "best interest of the child."

No system is perfect and you have both sided that would say, "if a person is scared to come in to testify because they could be in trouble if they aren't believed" I understand that so they should make sure it is proveable. But on the other side, what about the person that is using the system and is a great liar? If caught, do they get in trouble for their actions? Check the stats on that.

Our court system for child custody, PFA's and some other facets needs a major overhaul. I am all for them to protect a truly battered person, however justice should be done to those who misuse the system that is meant to protect. Heck, if I call 911 and lie a bunch of times, I believe I will go to jail will I not?

One other facet, how many are filed woman vs. man compared to man vs. woman. In todays day and age again, men are getting hit moreso than not? Is there a bias as to gender if a man comes in and says "I am scared of this woman because....?"

You are asking to do waaayyy tooooo much research to back up some anecdote that someone told you. I believe the research I have done already disproves it. Crosschecking 200 cases to look for separate custody disputes and then to look for a connection to a PFA would take me time i don't have. What I did do took several hours.

You are anonymously asking me to spend a day of research.

Besides, the research I have done persuades me that, for the most part, PFAs are NOT being used as a weapon. They are being used to protect people from abuse. if anything, many women allow their abusive significant others to woo them bac, and then get beat up some poor. That is closer to the truth.

Of course, there always will be those who use the system to try to screw others. Mezzacappa tried to do it to me, filing a PFA though there is no and never has been any form of relationship. She lied under oath, too, and it was pretty apparent to everyone. But her attempt at relief was denied. Judges are pretty good at sorting through the nonsense, and can spot a bullshitter.

This is a subject I know full well! As a woman I sought & received a PFA against a physically, emotionally & mentally abusive husband (the relationship didn’t start out that way). Although it really was useless, not because the city or county didn’t enforce it but due to the fact that he was determined to cause me harm at any cost. I went through NORCO and the staff was very helpful. Once the PFA was served, I was immediately contacted by the Sheriff’s dept. I can say nothing but good things on the handling of the PFA.

Now, let me tell you about a man who was scratched, bitten & bruised then carted off to jail after his significant other attacked him in a drunken rage. Because she had fallen down and injured herself he was blamed for her injuries. Not everyone that has a charge against them or a PFA is a woman beater. Again two sides to every story. And some men (and I assume woman) are wrongfully accused. However I believe Judges have no choice but to grant PFA’s, err on the side of caution so to speak for numerous reasons.

So in closing remember this…How easy it is to judge rightly after one sees what evil comes from judging wrongly!

Let us be clear. Jim Gregory had a good chance of having the PFA withdrawn or terminated had he used common sense and intelligence. Had he waited for the hearing on the actual PFA, as friend and lawyers advised.

Instead he went on a crazed rampage attacked the alleged victim, her family, his family, his friends and most importantly the judges.

He showed neither common sense or intelligence./ He violated a standing PFA and as a result went to jail. he was released, continued to harass his alleged victim, her family, the court, etc and was put back in jail.


so please explain how he is a victim?

Of his own lack of common sense and intelligence, yes he is a victim of being a,

"mensa who makea no sense"

Clinton Oxford. Jim Gregory is not a violent common criminal. He is a political prisoner who will soon be free.

"Jim Gregory is not a violent common criminal."