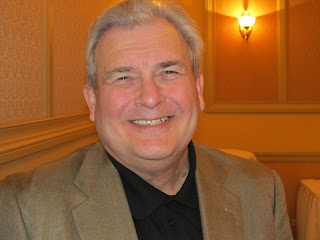 When Heckman worked for Glenn Reibman, I disagreed with Ron on numerous initiatives, particularly the $111 million megabond. But I never doubted his good intentions.

Now I agree with nearly all his answers in this questionnaire. So we both have become much smarter, or more likely, much dumber.

Because some people have been hostile to candidates, I will not permit any commentary with these questionnaires.

By way of full disclosure, I have already decided tentatively that I am supporting Jerry Seyfried, Ron Heckman, Deb Hunter and Peg Ferraro.


1. Lehigh County Commissioners and Bethlehem City council have both toyed with the idea of rejecting pass through grants based on objections to the federal deficit, money owed to China and antipathy to charter schools. Would you reject pass through grants?

ANSWER - No. Local government is trying to meet infinite demands with finite resources.

2. Most of Council's work is done at its busy Personnel and Finance Committees, at which every member of Council is encouraged to attend. How do you feel about participation at Council Committee meetings? Will you attend?

ANSWER - Yes, they are very important and I will attend as many as I possibly can. While on County Council in the past, I served on the County Commissioners State Human Services Committee and made as many of those meetings as I could throughout the state despite working full time. So, I feel we must, at the very least, do everything we can to attend our own meetings in Easton.

3. One candidate has rejected the concept of regionalism as one big mess that is harder to manage than a group of smaller messes. Do you support or oppose regionalism, and what regional projects would you endorse on Council?

ANSWER - I support intelligent, meaningful regional projects. As the former Lehigh County Manager of Regional Partnerships, I was involved in creating the Lehigh County Council of Governments and putting together projects that saved municipalities money by sharing costs and improving services through shared initiatives.

4. During the Executive primary, one candidate made a no tax hike pledge. Do you think it is responsible to make no tax-hike pledges? If so, are you willing to make one?

ANSWER - No, I will not make such a pledge. During my previous terms on County Council, I never voted to raise taxes but that does not mean I can predict the future. We must work to keep county costs down by pledging to do our best.

5. In a 2011 plebiscite, voters told Council not to sell Gracedale for 5 years. The annual County contribution is currently in the $5-7 million range, so voters effectively voted for that contribution. But what if it grows? Is there a red line at which you would agree it is necessary to sell Gracedale?

ANSWER - The voters spoke overwhelmingly to keep Gracedale. Now we must work as hard as possible to make Gracedale as cost efficient as possible. Over the course of the next five years we will assess the situation and make an honest accounting of costs and services to the public. I am not in favor of “red lines”, as we currently are spending money in other areas that, while not mandated by the state or Federal governments, are providing important services to the community. In county government, one could have a multitude of “red lines.” I prefer sound judgment and facts. I will do everything in my power based on my knowledge and experience to make Gracedale an effective and efficient county nursing home.

6. In 2007, County Council voted to set aside 1/2 mill of real estate tax (about $3.5 million) for a pay-as-you go open space plan for preserving farmland, environmentally sensitive land and municipal parks. On Council, will you vote to continue funding open space? Do you consider this a core county function?

ANSWER - While not necessarily a “core function” of county government, open space has been part of the county lexicon for decades. In the early nineties I sponsored County Council’s first Farmland Preservation Resolution. I continue to believe that open space is a high quality of life issue and deserves the county’s support.

7. There are 11 unions county-wide. What efforts would you make, as a member of council, to encourage unions to consolidate and reduce the amount of time administrators and unions must spend in contract negotiations?

ANSWER - This is an executive branch responsibility. Having said that, I would be supportive of the executive branch and the unions discussing this idea. It may result in less red tape and benefit both the administration and the employees. However, it is an idea that must be pursued by the unions and administration willingly and without any interference from County Council.

8. What is your position on laying off County workers? Would you support layoffs to balance the budget, or vote to increase taxes to provide the same level of services?

ANSWER - First, I believe Northampton County has historically been very judicious when it comes to creating county positions. In my experience as both a former county councilman and the Director of Human Services, we had to deal with some very tight budgets. I personally never saw any real benefit from layoffs, as the result was often backlogs and disrupted service. I do believe that if it were absolutely necessary to look at jobs we should first look at employee attrition. Even in tough economic times people leave their jobs for a variety of reasons, such as retirement or relocation to name but two. We must do a better job of ‘cross training’ throughout the county in all departments. With proper planning and training, I find it highly unlikely that there would be a need for layoffs as the demand on county services grows every year.

9. Northampton County, like Lehigh, has privatized the management of Gracedale. But there are those who would like to return administration to the County. Where do you stand on this issue?

ANSWER - I believe we need to realize the reality of the situation. We have a mandate from the public to keep Gracedale in county hands. In order to do that we must find ways to hold the line on costs and increase revenue without hurting the quality of service. This firm just started, I think it is counterproductive to already consider having them leave. Once on County Council, I will personally review the firm’s reports and discuss their plans for Gracedale. This is an area where I believe my experience will be particularly helpful. For now we must let them do the job we are paying them to do and evaluate as we move along.

10. Some Council members would like to amend the Home Rule Charter to return to elected row officers. How do you feel about this proposal?

ANSWER - I do not agree. As a past member of the County Commissioners Association of Pennsylvania, I saw first-hand the non-Home Rule county operations. They are not as open and transparent as we are. I also think our form of government is more in tune with the present and future of Northampton County. A return to elected row offices would fundamentally change the nature of our county and in many ways eliminate the need for an executive branch of government. I do support the county revisiting our current Charter as it is now almost forty years old. I would support a committee made up of all parts of county government to review how it is working and see if any suggestions come out of such an examination. However, I would not deviate from the central core of the Home Rule Charter.

11. Would you support a ban on guns by people using any County facilities, even off the courthouse campus, like at the new centralized Human Services Building?

ANSWER - Yes. A ‘no guns in county buildings’ policy.

12. Will you support or reject a County Property Tax Reassessment?

13. Would you support the proposition that the Prothonotary, Clerk of Criminal Court, Clerk of Orphans Court and Register of Wills should be transferred under the Administration of the Courts instead of the County Executive (through the Director of Court Services) much like the higher courts currently administer its own clerks?

ANSWER - I have been looking into this since I have become aware of some facts. It does appear to make sense and, at least on paper, I would say it could very well go a long way to solve the problem of collecting the millions of dollars owed the county in fines, fees, etc. So, yes, I am generally supportive and would like to hear more about the proposition once on Council.
Posted by Bernie O'Hare at 9/05/2013 12:00:00 PM