Gracedale's New Wing To Be Co-Ed 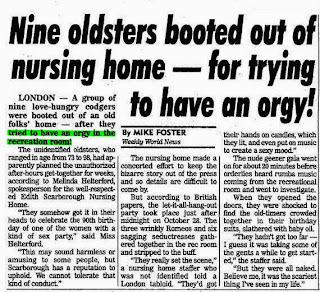 Wait 'til they go co-ed!

But it's still unclear whether the nursing home has improved financially, despite making some positive strides. A 2% increase in reimbursements, which was supposed to occur in July, has not happened.

In the meantime, Lehigh County's Cedarbrook nursing home is $3.1 million in the red. And according to Council President John Cusick, Franklin County sold its nursing home yesterday.
Posted by Bernie O'Hare at 9/20/2013 12:01:00 AM

Keep beating that horse, O'Hare. Who knows, maybe one day it will actually run.

Floors there are already co-ed. And the workers there deserve a raise. Try to do a nurses aide job or any job in nursing.

Floors there are already co-ed."

True, but not all.