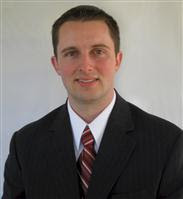 Iraq War vet Seth Vaughn, a Republican, is one of ten candidates seeking five at-large seats on Northampton County Council. Though he initially decided on the business world, Seth found work as a Physician's Assistant to be more rewarding. He is currently employed in the ER at St. Luke's Anderson Campus.

Seth has run for office before, taking on Ken Kraft in the heavily Democratic Bethlehem District two years ago, and coming much closer than anyone thought possible. But in this Spring's primary, he finished fifth out of five Republicans.

Below are his answers to a questionnaire I prepared for all ten Council candidates.

Because some people have been hostile to candidates, I will not permit any commentary with these questionnaires.

By way of full disclosure, I have already decided tentatively that I am supporting Jerry Seyfried, Ron Heckman, Deb Hunter and Peg Ferraro.

1. Lehigh County Commissioners and Bethlehem City council have both toyed with the idea of rejecting pass through grants based on objections to the federal deficit, money owed to China and antipathy to charter schools. Would you reject pass through grants?

ANSWER - The addition of charter schools creates academic diversity in our educational system and gives parents increase choice with regard to their children’s education.

Although the Obama administration does not want to talk about it, the federal budget deficit in this country is staggering. I cannot even within my generation see over the horizon. We should be concerned for our children’s future because nothing operating under such poor financial management can be sustainable, not even the US government! In regards to pass through grants, I believe there should be scrutiny involved in the approval of pass thorough grants. Regardless of where the money is from i.e. state or federal, the deficit is growing and the money comes from us through taxes. So, if the grant is an excessive waste of money, then I believe the grant should not be approved. While we are on the topic of taxes, school taxes and their yearly increases are killing our fixed income seniors. All to often I hear while talking with voters the concern for relentless school taxes. They seem to increase yearly without limitation. Seniors who have not had children in the school system for years continue to pay rising taxes yet do not see equivalent increases in their SS. If you think about it, we truly never own our home as long as the sheriff can continue to seize it for back taxes. I believe its time for sensible property tax relief and HB 76 is a good start.

2. Most of Council's work is done at its busy Personnel and Finance Committees, at which every member of Council is encouraged to attend. How do you feel about participation at Council Committee meetings? Will you attend?

ANSWER - . I feel that if someone chooses to seek public office and is successful at achieving that office, has an obligation to serve the public as best they can. It’s an embarrassment when a public official skips committee meetings and does not show up for work all the while collecting money from the public to work for them. What’s worse is the public which is primarily uninformed regarding local politics trusts these individuals to do the right thing and show up for work and assumes they are even if they aren't.

3. One candidate has rejected the concept of regionalism as one big mess that is harder to manage than a group of smaller messes. Do you support or oppose regionalism, and what regional projects would you endorse on Council?

ANSWER - Regionalism can be debated on a case by case basis. For example, regionalizing our emergency responders system i.e. 911, we can centralize incoming calls and route to the most appropriate responders available. However, a regional project such as the bi-county health department is a project that is not cost effective and creates expanded services already provided in the larger cities and private health institutions.

4. During the Executive primary, one candidate made a no-tax hike pledge. Do you think it is responsible to make no tax-hike pledges? If so, are you willing to make one?

ANSWER - . I think it is appropriate to hold the line on county taxes. We can see clearly that school taxes and even city taxes increase almost yearly. We cannot allow county taxes to increase so leisurely. County government must live within its means.

5. In a 2011 plebiscite, voters told Council not to sell Gracedale for 5 years.The annual County contribution is currently in the $5-7 million range, so voters effectively voted for that contribution. But what if it grows? Is there a red line at which you would agree it is necessary to sell Gracedale?

ANSWER - The voters have rejected to sell Gracedale. Therefore, a concerted effort needs to be made to find ways to make Gracedale sustainable. Examples include: marketing our services to local hospitals, keeping the census up, adding billable services in house vs. transporting out (which costs money), reducing county transportation costs (recent issue county council voted against), improved accounting for debt collection, also holding our local legislators in the state accountable for finding ways to increase county owned nursing home reimbursement rates.

6. In 2007, County Council voted to set aside 1/2 mill of real estate tax (about $3.5 million) for a pay-as-you go open space plan for preserving farmland, environmentally sensitive land and municipal parks. On Council, will you vote to continue funding open space? Do you consider this a core county function?

ANSWER - . Although I do not consider this a core function, as a referendum, it was passed and is funded. I believe the program is successful and an added benefit to a county that takes pride in itself and its appearance. However, I do not think raising taxes or cutting services to gracedale or human services to fund open space is responsible. Council can be effective at preventing overdevelopment of farmland in other way besides buying up land.

7. There are 11 unions county-wide. What efforts would you make, as a member of council, to encourage unions to consolidate and reduce the amount of time administrators and unions must spend in contract negotiations?

ANSWER - . I do realize the benefit of unions for today's modern worker. I do not see the benefit of excessive increased cost of labor to the benefit of union administration. Unions all to often on a local level undercut the fair market with their political influence. We as a country have been founded on a free market and labor laws today are far more advanced than they were during the industrial revolution. Even the most common union employee has no idea where their union dues are going. Unions buy up local candidates with the intent of favorable legislation. This kind of political meddling is what unfortunately produces representation that is favorable of a select few and not the majority of the taxpayers. If the executive decides to intervene on the consolidation of unionized services, I will entertain the conversation.

8. What is your position on laying off County workers? Would you support layoffs to balance the budget, or vote to increase taxes to provide the same level of services?

9. Northampton County, like Lehigh, has privatized the management of Gracedale. But there are those who would like to return administration to the County. Where do you stand on this issue?

ANSWER - I supported the privatization of gracedale management. It is in councils best interest to adhere to the recommendations that private mangers put out otherwise, there is no reason to even employ them. Council cannot tie the manager hands behind their backs in regards to efficiency. Private management is a non-subjective third party whose exclusive function is to provide effective management services to Gracedale. Benchmarks on progress and long term planning for Gracedales future are the key to its sustainability.

10. Some Council members would like to amend the Home Rule Charter to return to elected row officers. How do you feel about this proposal?

ANSWER - All to often in local politics the uninformed voter will sway an election of a more qualified candidate due to partisan politics. With appointments we gain people with specific knowledge of management, accounting, facilities, marketing, healthcare, trades, banking, teaching, farming, etc..which are all an added benefit to our county not always available in an election.

11. Would you support a ban on guns by people using any County facilities, even off the courthouse campus, like at the new centralized Human Services Building?

ANSWER - . I support the 2nd amendment in that it states; the right of the people to keep and bear arms, shall not be infringed. It can be argued that even gun free zones are not safe as evidenced by the sandy hook massacre. The courthouse, which is by nature an area of increased emotion, has strict security in place. Tough verdicts or judgements not favorable to an individual can increase the likelihood of violence. However, the courthouse provides armed security and metal detectors theoretically minimizing the risk with regard to violence committed by firearm. Prospects of gun violence is limited in the courthouse with such measures. With respect to other county facilities, they would also have to provide the same protection as the courthouse. I do truly believe that if an individual wishes to conduct acts of violence, restrictive laws will not stop them. Ensuring armed security in our other buildings equal to that of the courthouse is the only way to enact such a measure. The second amendment is a hot topic right now so I will leave the question with this quote from one of my favorite founding fathers...
Congress, by the power of taxation, by that of raising an army, and by their control over the militia, have the sword in one hand, and the purse in the other. Shall we be safe without either? Congress have an unlimited power over both: they are entirely given up by us. Let him candidly tell me, where and when did freedom exist, when the sword and purse were given up from the people? Unless a miracle in human affairs interposed, no nation ever retained its liberty after the loss of the sword and purse. Can you prove, by any argumentative deduction, that it is possible to be safe without retaining one of these.
Patrick Henry June 9, 1788.

12. Will you support or reject a County Property Tax Reassessment?

ANSWER - I would support a tax reassessment as long as it is done properly and in a cost effective manor that is fair and balanced. In our county, we have neighbors living next to each other who pay substantially different taxes with respect to the time of home purchase. At this time, I believe there are more pressing issues facing our county government but discussion should be opened and public opinion should be encouraged.

13. Would you support the proposition that the Prothonotary, Clerk of Criminal Court, Clerk of Orphans Court and Register of Wills should be transferred under the Administration of the Courts instead of the County Executive (through the Director of Court Services) much like the higher courts currently administer its own clerks?