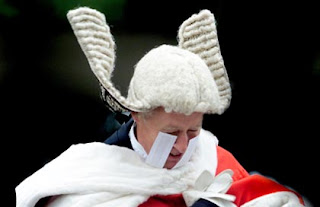 In a letter to Chief Justice Ron Castille, President Judge Steve Baratta stands by the plan already approved. But he still submits the Magisterial Realignment Plan proposed by a bare majority of Magisterial District Judges Association. "[M]y opinion is not infallible," he concedes. "It may be that the political concerns of our [District Judges] in avoiding an election contest between sitting District Judges should be the most important consideration in any redistricting plan."

Baratta criticizes the plan proposed by District Judges because "it sets irrational and unreasonable boundaries that are not convenient for the public and law enforcement." He argues that the consolidation of the Magisterial Districts in the northwestern corner of Northampton County is the only fair solution, even though it has the unfortunate side effect of requiring a run-off election between District Judges Robert Hawke and Diane Marakovits. "[A]ny plan that would avoid the election run-off could only be achieved at the expense of convenience, rationality and gerrymandering."

According to an informative story in The Express Times, the Administrative Office of Pennsylvania Courts states it would be "unusual" to consider a second realignment plan. But Baratta's letter to Castille notes that the Chief Justice did agree to consider a revised plan.

Reporter Tom Shortell also reports that District Judge Jackie Taschner, which at least was the President of the Magisterial District Judges' Association, refused to provide a copy. That plan is a matter of public record, and was provided by the Court Administrator on Friday. You can review it here.

Here are some other documents I have obtained:

Letter from District Judge Jackie to PJ Baratta, indicating that magistrates adopted their own realignment plan.

Letter From PJ Baratta to Chief Justice Castille, opposing the realignment plan in a rather clever way (He argues that maybe the Chief Justice thinks politics should trump the public interest).

I guess one of them is going to have to go out and get a real job.

if the problem is monetary then get rid of one of the supremes.

It seems that there are exactly eight people in favor of this jobs protection realignment. Everybody else is running from the scheme like it's radioactive. Let's publicly shame the eight schemers.

Hard to publicly shame them when they took the precaution of a secret ballot....