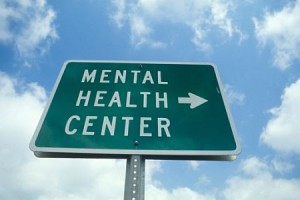 Just last month, a mentally ill man in nearby Ross Township loaded a rented car with guns and ammo, and began firing away during a municipal meeting. Three dead were not enough. "I wish I killed more of them," he said as he was taken away.

Yesterday, a mentally deranged man who had all kinds of clearances was able to gun down a dozen people before he himself was stopped.

Anybody see a common theme here?

Bans on so-called assault weapons and magazine clips mean very little if we are arming lunatics. Even the most strident gun rights advocates tend to agree with me on this point.
Posted by Bernie O'Hare at 9/18/2013 12:00:00 AM

Prior to the current statute which states -

"Sheriff to conduct investigation.--The sheriff to whom the application is made shall conduct a criminal background, juvenile delinquency and mental health check following the procedures set forth in section 6111 (relating to sale or transfer of firearms), receive a unique approval number for that inquiry and record the date and number on the application.",

This is what I keep telling you, but you keep deleting me or making fun of me or ignoring me. I can't keep the voices at bay any more longer. They keep getting louder and louder. Before, I used to enjoy your blog. It was the only thing that kept me from going over the edge. Now I can't stop shaking or the voices. I told my friends on the bus, but they laugh at me. I don't want anyone to laugh at me anymore. I am sorry Bernie.

The above statute, 6109, is for LTC firearms, not for sales, which is found in 6111 in relating to sales and transfers. 6111 still maintains that firearms dealers contact PICS using the same PA State Police database, and not that found locally with MH/MR.

And who pray tell shall make4 this determination? some liberal court appoi8nted Psychologist???

This is just another Obama sponsored bullshit way to keep guns out of the HANDS OF LAW ABIDING CITIZENS.

This has nothing to do with liberal or conservative. It has everything to do with keeping angry and unstable people away from guns. We need to strengthen the way we look at mental stability so that a person who claims she is incompetent to stand trial is not allowed near a gun.

Hey O'Hare, if you are so concerned about the "LAW", why no word on your buddy Ross Marcus. If the county is giving any money to CACLV, they are breaking the law.

Any concerns about that? If it is certain people it is OK to break the law, right?

You are OT and can make your concerns known to Council, where you'll have to ID yourself.

No one is going to let those unqualified yokels at the local county MH Department say who can and cannot carry a weapon. Anyone who knows the caliber of the morons that work there, know that is bullshit.

"Anybody see a common theme here"

Could another common theme be that the attacks were directed at locations where those targeted would not be armed and able to defend themselves.

Background checks are nothing but a big joke.
Here are a few reasons why they don't work.
Prior to the 90's, if you were arrested for a DUI, you may not have guns in your possession. After 1990 (1993 to be more exact) you can have three DUI's before they revoke your right to carry or ban you from having guns.
Another big flaw in this gun control issue is that anyone presently owning a rifle can sell that gun to anyone without a background check. If I own handguns, I can give those guns to any family member without a background check. Any responsible person would go to a gun dealership and do the transaction there, but, the dealerships charge you for this service and some of them outright rip you off. While the background check costs only $2.00 (two dollars) the dealer can charge you anything he wants. Most charge you twenty dollars ($20.00)and I heard one story of a dealer charging $35.00. Also, if the gun isn't registered with the gun manufacturer, you can't even trace that gun to the original owner because the law states those background check records must be destroyed after six months. Yes, even the gun dealer by federal law is prohibited from maintaing a gun registry. If the police want to know who owns a certain gun, they must go to the manufacturer and if the manufacturer wasn't given a record of the local dealer selling the gun it cannot be traced. I personally support background checks and will not sell a gun to anyone unless they agree to a background check, but it isn't necessary. It isn't the law.

Are you aware that there are federal laws that prohibit doctors from revealing to authorities that they are treating mentally ill patients and what their names are? Why don't you anti gun nuts get a life already. More laws are not the answer.

The common thread is how dangerous so-called "gun free zones" are. Thank God for the DC cop who shot the guy as he tried to reload. With our First Amendment, it's wisest to oppose unwanted and distasteful speech with more speech. The Second Amendment requires the same logic. This is because nUtZ have Constitutional rights.

why not just shoot the insane - problem solved, money saved

I find it interesting that if You ar convicted of certain summary offenses yOU CANNOT buy a handgun however if You are convicted rapist You can...how does that work Bernie????

Stay on topic or start your own blog.

Good government is really about who you are talking about, isn't it?

Great! Just what I need! A gunless, caffeine addicted individual in search of the caffeine jolt! Starbucks is not allowing people carrying their weapons into their cafes. Coffee and guns just don't mix! Just say no!!!

I carry My gun into starbucks everyday...No problem..

I 'm not suggesting banning anything. You'll have to come up with a new argument to demonstrate your stupidity. i am saying that crazy people should not have guns. And really, I don't think stupid people should carry, either.

Here is the newspaper column about Starbucks. Then decide if you want to patronize them with or without your weapon on your person.

It is one thing to rail about gun rights in your home or vehicle or own business. it is quite another when you start imposing your will on others.

That's why I refuse to participate in any movements to boycott businesses who either do or do not allow guns. We don't have the right to impose our will on others, and there is such a thing as property rights.

So Starbucks has the right to decide what they want to do inside their own business?

Smoking is a proven health hazard and the state has an overriding interest in protecting nonsmokers at public establishments, just as it outlaws shooting people and fornicating in public. There are no absolutes.

Next thing to happen is that restaurant in Bethlehem Township, the artsy fartsy one called Blue, is going to outlaw guns and not allow them in? Right?

Yeah, that was cRaZy Mezzacappa's idea. Now I like the Blue and plan on wearing ascots soon.

Screw you and the horse with no name named Wilbur Mezzacappa you rode in on. You hairy lowlife! Go back and talk to you buddy up on West Broad Street that sells the hot dogs. Maybe he will let you and your "friend" from Bethelehm share one?

I'm sorry, but do they allow guns?

Once I hit the big one tonight on the Powerball, I don't care if they allow guns or not. I am going to buy Starbucks for everyone, even for you and all of your "friends" Bernie. Hava na tequila!

I carry a gun everywhere I go and I don't care who likes it. I don't fly so screw dem people and if you ask me to leave, I take my money with me and spend it somewhere else. That's also my right. there's over 400 million guns in America.. Why are you people fucken with us?

If your demand of a court ordered psychological evaluation of people to get a LTC is honest, then Ron Angle should be the first to have one. His emotional issues are well known to the court and the community.

Will you be pushing for that, or is it another exception to your rule of subjective law.

Bernie, Thanks for stating the obvious. Crazy people should not have guns.

Why are crazy people shooting people? 1) People are pushed to the limit emotionally, 2) There is no mental health system to speak of in this country, 3) Everyone has a gun.

The crazy people with guns are not the only crazy people. There are also the ones in charge.

Why do we let the people who are in charge make these decisions for us that put us in grave danger?

Should emotionally unstable people be permitted to have firearms?

I once spoke with an attorney who defended criminals. He believed that everyone has a breaking point and that given the right circumstances, anyone would do anything.

If you've lived any length of time, you realize that we have all been pushed to the limit and felt "crazy" at some point. Let's make sure that there are adequate social/emotional supports in society for people so that shooting guns at others is never the obvious solution.

Smoking is perfectly legal and the public can protect themselves. It is clearly obvious when an establishment allows smoking.

My point is not to debate the merits of smoking, as I am a non-smoker. But we sure have double standards when it comes to what a business has a right to regulate on its own property.

Maybe you should start bc your brain cells are not functioning. Smoking is NOT legal in most restaurants or business establishments because the state has said so. The public cannot protect itself from obnoxious people who refuse to stop.

"If you've lived any length of time, you realize that we have all been pushed to the limit and felt "crazy" at some point. Let's make sure that there are adequate social/emotional supports in society for people so that shooting guns at others is never the obvious solution."

Look, I'm crazy myself, but i don't think about shooting people. I'm not wired that way. Most of us, even at our craziest, would never hurt another person. But there are mentally unbalanced people who are dangerous and act violently. They are rather easy to spot, and should not be allowed near guns.