The Table of Knowledge 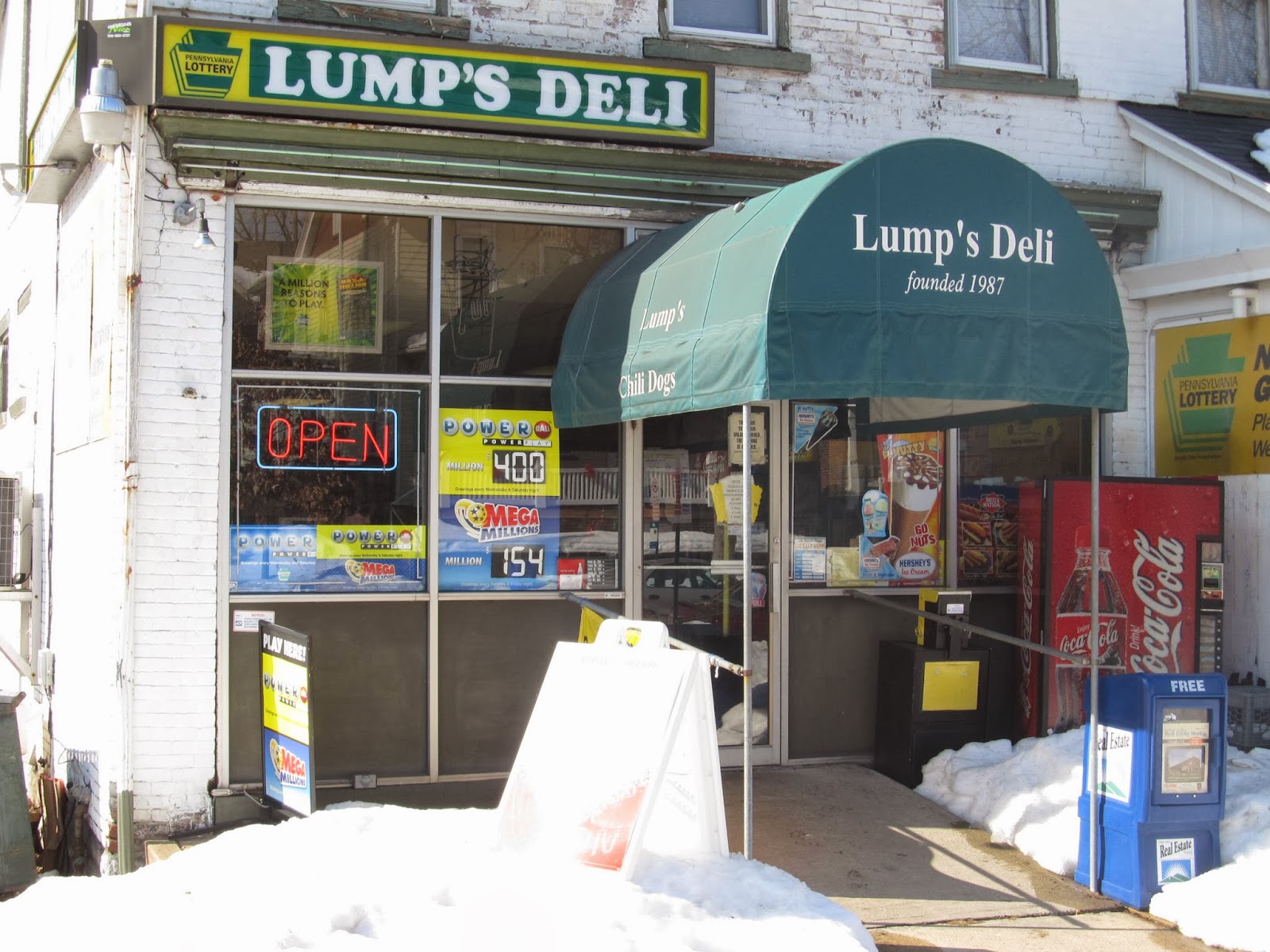 Lump's Deli, located at the corner of Center and Goepp Streets, is the oldest deli operating in Bethlehem. The snow has hurt most other businesses, but not this one. The worse things get, the more people come. "They know it's a working man's store," owner David "Lump" Sanders told me. "They can came in with their dirty boots." But that's not what drew me. I had to visit this place to see and sit at the Table of Knowledge, which nearly every City Council member mentioned in awe when Sanders recently applied for a vacancy on City Council.

Ordering two chili dogs, I sat at the table, waiting for the knowledge to ooze in. There was nothing at first, then Dave told me that City Parks workers had just won $1 million at the lottery. This was hours before the story hit the papers.

I was waiting for more knowledge to sink in, but instead of that, I heard the door open and the deep, booming voice of one of my most fierce enemies, Democratic party strongman Joe Long.

"I can smell him," Long roared, as he made his way towards me. I told Long to leave me alone because i was trying to gain knowledge. "That's not going to work on you, Bern.. You have a blister on your shoulders instead of a head."

Then Long, try as hard as he could to keep his mouth shut, told me that Jay Paterno was running for Lieutenant Governor, hours before it hit the papers.

This really is a Table of Knowledge. And the chili dogs are pretty good, too.

Unfortunately, when I left, all my tires were flat. Long stood at the door, laughing.

It is a process. Joe Long has never mastered the process. The table is inoperative when Long is present. Too much negative energy.

Move over Bernie!~ If there's one thing I need, it's knowledge. Actually Mr. Sanders would be a good council member. He is loyal to the city, loyal to customers, operates a successful small business in downtown. He is an excellent choice.

A process? And yet we can't figure out what that means? It's not like government on any level is even a hint of a well oiled machine. So what exactly is the process? Stupidity, greed,corruption,wasteful, and so much more.

Maybe someone like this man has just figured at the process as it pertains to his private life and wonders why it is so difficult to figure out.

He makes a mistake, he pays for it. He wants to get ahead, he figures out how best to do it. He waste or steals a dollar, no matter it is his. He wants to hire all family, he can. He is so much wiser then what he is seeing in elected officials.

He may thing simpler, but his process works.

Should have went on a Saturday, much more knowledge is issued.

Did you sit at the table reserved for paramecium? Simple cell forms have a greater interest in truth than you do.

"Should have went (sic) on a Saturday, much more knowledge is issued."

Indeed. Proper usage of gone and went will be reviewed this Saturday.

Anon 8:24 the "process" comment was about Long no lumpy.

Lumpy is a great guy who should be on city council instead of the St. Elmo's brat pack.
Long is an angry old egomaniac that thinks he is still relevant or has any knowledge worth sharing.

Thanks for explaining. Sorry.

Did the Table of Knowledge predict that Hulk Hogan is coming back to WWE?

Watch out for the last supper.

It did predict that Ultimate Warrior would be back!

reminds me of the "wisdom table" at the local diner....

DS is a good fellow. Heart's in the right place; has the back of the average working man. Not everyone does.