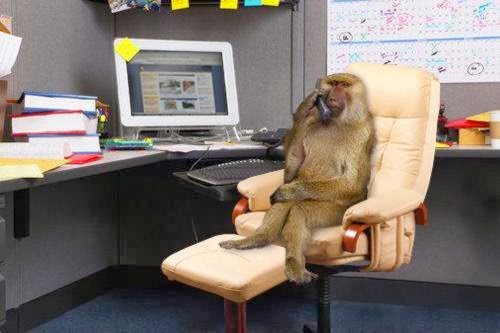 If nothing else, Deana Zosky proves that there's a big difference between a sole source contract, which often is a chummy arrangement, and one derived from considering different proposals. She can provide an example of both.

You already know about Zosky's $715,200 deal for "comprehensive business consulting services" to Northampton County. I told you about that on Friday.

What you don't know is that Zosky already had her foot in the door last year.

In the waning days of the John Stoffa administration, Northampton County's Industrial Development Authority (IDA) sought and got four proposals to administer the taxes in the Chrin TIF.  Zosky, associated with Compass Point, provided one of them.

As you probably have already surmised, the IDA went with a lower bidder in January.

That's what happens when there's competition.

So why did Executive John Brown sole source her for a much more crucial role? Why not seek proposals from other business consultants before asking Council to approve a deal that will include $715,200 in fees and hundreds of thousands more in IT costs?  Will he tell Council that there's something unique about Zosky? That's just not so.

There is little doubt in my mind that NIZ twins J.B. Reilly and Joe Topper, who funneled a whopping $50,000 to Brown's campaign through the state Republican party, urged Brown to hire the very person they have collecting their NIZ taxes. I'm sure they'll deny it if asked, just as they made sure they did not contribute to Brown directly.

They just happen to be the only two individuals to contribute to the state party in the election cycle leading to Brown's election.

They'll say it's just a coincidence.

Zosky and her unnamed "team" will give the County three days a week from her unnamed "Lehigh Valley offices". After a year, this drops to two days a week. At the same time this is going on, Zosky will continue to collect Allentown NIZ taxes and work out a plan for CRIZ compliance in Bethlehem and Lancaster.

As if this were not enough, Zosky is also a consultant with "Green Performance Strategies," which appears to be a Compass Point spin-off.  Her profile fails to specify any governmental experience at all, in start contrast to her proposal claiming to be a specialist.

This is not business consulting.

The voters voted a straight ticket and they got a straight ticket. The Lehigh Valley partnership is running Northampton County now. If you have any questions address them to the Saucon Valley Country Club.

Who needs experience or real hands on knowledge when you have "dashboards" "paradigms" and
"horizontal management modes".

Bernie,
Though you can be a dick more often than not sometimes you do all of us a great favor in exposing the bullshit that is going on at the county level. I had high hopes for Brown when I voted for him. Not any longer. I am completely disgusted with the entire Valley.

It's a shame that Brown went about this consultant this way. Such a study would be useful. The county needs to identify what needs to be privatized, how to capture outstanding receivables, what fees should be charged in relationship to costs, departmental reorganization and savings, etc. It needs a competent study done over several years. Because such an undertaking is so massive, only proposals should have been taken with public debate and then a choice. The fees may eventually be high, but the problem here is the fees are high and the work product is unknown. I understand the emotions with Gracedale, but if Stoffa would have handled it differently, the outcome would have been much different. In a sense the same mistake is being made all over again. And the taxpayer is the one who suffers.

Don't kid yourself, he haven't even discussed it with County Council Members yet.

I hear what 11:15 is saying but how is she going to "reform" Human Services for example. That place is a mess and not very easy to understand. If she talks to the people in the department they will just air their own peeves and wish lists.

So it is hard to imagine her being very useful there at all. No depth, no knowledge and no experience to weigh what she sees. It sounds like that is her problem in the other areas as well. Reform is great but done in a vacuum of knowledge and experience is useless

Let's avoid the anonymous personal snarks, shall we?

I don't think even Reibman had a three quarters of a million dollar consultant. However, excellent attempt at diversion.

Why can't the Fiscal Dept. headed by Doran H. along with some the more experienced auditors (not the current controller) perform a detailed cost study?

Why can't the Fiscal Dept. headed by Doran H. along with some more experienced internal auditors (not the current controller) perform a detailed cost study?

He is a CPA and I can think of no one who would have a better guage than he.