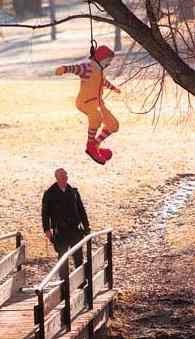 Once again, it's time to break out the Birkenstocks. It seems like only yesterday, liberal elitists were complaining about Bethlehem's plans to move some community garden to make room for some evil developer. They lost that battle, but another front has opened up in Forks Township. This time, it concerns Ronald McDonald's plans to open up a fast food franchise in a shopping center complex in Forks Township. There may be some parking and signage issues, but the use is permitted. Nevertheless, at yoga centers and green-tea shops all over Easton, our betters are outraged.

Scott Haykin, an alternative energy expert, started the ball rolling with a petition to keep McDonald's out of Forks, zoning ordinance be damned. As of 8 pm yesterday, there were 336 signatures.

This was also discussed in great detail at Facebook's Easton page. Here are some of the comments posted by our enlightened superiors, who deny they are NIMBYs or snobs.

"It's poison food and we don't need one. Not in Forks. Not anywhere."

"McDonald's is just the beginning. All the other fast food chains will follow and who knows what else" 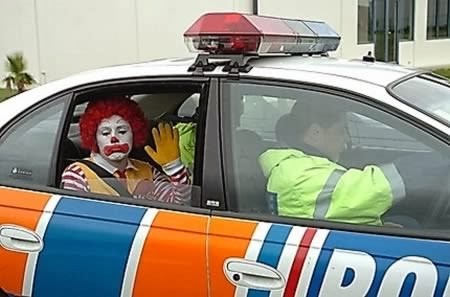 "I haven't yet agreed that corporations are people with Constitutional rights."

"I really don't want to have children someday and have them playing with dangerous toys they received in their happy meal. Did anyone really know what McD's is interested in? They are the largest toy distributer [sic] in the world."

"While your [sic] at it, we can get rid of the one in dt Easton as well... toxic waste dump anyway... food will kill ya. Forks doesn't need another one... we got enough fat bastards in the world, and now that we all have to pay for each others health insurance, I would rather not have my share wasted on other peoples poor eating habits."

A few of us think a McDonald's is just fine.

From the Neanderthal camp: 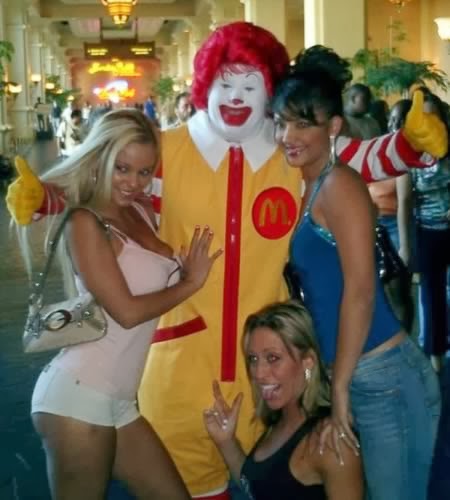 "Why doesn't anyone ever complain when they open a new bar?"

"This petition is utterly pointless. You can't exclude a particular business. If the land is zoned for a restaurant and the plans meet the zoning requirements, the township can't exclude McDonalds in favor of Chipolte, Starbucks or a mom and pop burger stand. If you don't like the food, just don't eat there."

"I'm trying to inject a bit of rationality into a discussion among people who, frankly, should know better than to try and block a business on the basis of ownership. If they don't have enough parking or the sign is too bright, fine. Tell them no. But if you personally wanted to open a business, you would want all of the property rights and due process that the McDonalds Corp. or franchise owner is going to exercise. And if McDonalds really thinks its worth the effort, they'll do what they need to meet the zoning requirements. If you go to the snootier parts of NJ and Connecticut, you'll find fast food chains built to look like stone farmhouses. I'm no great fan of fast food, and I go out of my way to avoid eating at chains when I travel, but this knee jerk opposition to anything corporate is naive and shortsighted."

How do you get a lawyer down from a tree?

Ronald McDonald is a college graduate (Burger College) and serves a better quality coffee (McCafe) that Starbucks. Those Forks phonies will line up down the block when McRib comes back.

I'm going public, anonymously: I love McDonalds. LOVE IT. If calories were no object, I would order a 20 piece nugget and just eat the batter off that fried pink slime. That said, I almost never eat there. I am too vain for the caloric load. My son eats there about once a month, which is just fine and won't kill him. (My daughter saw the pink slime video and was so repulsed she'll never eat anything there ever again.) Everything in moderation.

I don't think the anti-McDonalds crowd understands that you cannot dictate personal choice and taste in America. It may be BAD taste, but we still do have the freedom to choose it. Thank god. (But of course, they have the freedom to protest, so I guess it's all good.)

Bernie, you outdid yourself choosing photos for this story. Love them all!!

You are against citizenry petitioning their government?

That being said, I see no reason to exclude any business unless it is the will of the people.

OKAY! Bernie! Angle is ready to broker a deal! Upper mount Bethel will trade its shit sludge fiasco for a Ronny McANGLE! See what you can do!

Oh My God..... what next?? A DOLLAR GENERAL right next to my Yoga place? who could even think of such a travesty and the ruination of our quality of life..... Bring in a Starbucks.... but not Mceeee Dee's...

Starting a petition is imposing their will?

Check the Constititution out, it's fascinating!

"Congress shall make no law … to petition the Government for a redress of grievances."

Don't be such a sophist. Stopping a lawful business is imposing their will.

The anti-McD crowd forgot to mention the crime rate will go up.

The Hamburgler will have a new base of operations.

When did you dress up as ronald mcd? Did the branch break from your overweight pumkin head?

Who cares? If you don't like it then don't go there. End of story.

Starbucks?? Overpriced ripoff.DD's and even McCafe coffee better. Get your snob nose out of the atmosphere, Birkenstockers.

I love coffee and would take it intravenously if I could. I'd rate McD's coffee very high. It's very good and very inexpensive. I also like Wawa coffee for some reason. But my favorite is Starbucks Sumatra. I can only afford it rarely, but really enjoy it.