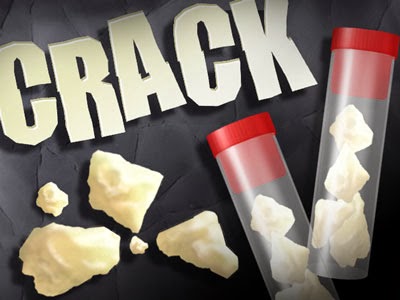 This time three years ago, Northampton County District Attorney John Morganelli was hot on the trail of an alleged black market at Northampton County jail. It was a $10,000 per month contraband ring, in which some corrections officers and inmates were suspected of smuggling in anything and everything for the right price. That investigation ended prematurely when the Morning Call published a story based on a sealed search warrant that was left unsealed in the Clerk's office.

Months after the DA ended his probe, an inmate was brutally assaulted. According to him, it was because he unwittingly stumbled onto a smuggling ring that included everything, from tobacco to cellphones.

To combat this perception of corruption, Corrections Director Arnie Matos conducted a surprise inspection at the jail last year, using K-9 units from several municipal forces. No contraband was located, which is a very positive sign. But when a corrections officer is found right outside the jail, in a drunken stupor and coked up, it makes you wonder.

I believe that's what happened just two weeks ago.

According to The Express Times, Pocono Township resident Brian Michael Peters, age 34, was found unconscious in the "300 block of South Fifth Street in Easton." That's about a block from the jail. In addition to being slumped over in an idling car, cops couldn't help but notice a powdery substance atop a decorative plastic license plate on Peters' lap. It tested positive for cocaine. They also found a baggie of crack cocaine in the car.

Peters was charged with driving under the influence, as well as unlawful possession of a controlled substance. His Preliminary Hearing is scheduled for March 4.

Is this the same Brian Michael Peters? Yes. Corrections Director Arnie Matos told me was unable to discuss personnel matters.  But in response to a Right-to-Know requests, I learned some additional identifying information about Brian Michael Peters, i.e., birthday, which matches.

Peters worked until 2 pm at the jail on January 26. That's just hours before Brian Michael Peters was found by police.

Anonymous said...
This comment has been removed by a blog administrator.
February 6, 2014 at 8:05 AM

Deleted some vicious comments. All anonymous. One was completely OT. Another anonymously vilified the wife of someone. If you want to accuse someone of a crime and even name that person's wife, you better identify yourself.

Bernie boy between the Courthouse and Jail Northampton County should be ashamed, so happy Brown canned Miller and we can start to rebuild

That does not surprise me. People who delight in the misfortune of others pretty nasty people.

Oh, and posting this blog doesn't delight in others misfortunes? Wake up and smell the coffee, bernie and while you're at it, take an honest look in the mirror and throw stones your way. All you are is viscous.

No, it does not. It casts a public spotlight on a corrections officer doing drugs a block away from where he works. It raises a question whether there is a black market. It points to a problem that has not been reported and could be brushed under the rug. It performs a public service, which is the last thing on your mind, Tricia Mezzacappa.

Anonymous said...
This comment has been removed by a blog administrator.
February 6, 2014 at 5:33 PM

Let's not be naive here. The jail economy is what it is. IF..you can afford the price..you can obtain most anything. Anyone who denies this fact is being less than honest. Is there a black market within the jail? My opinion is that the answer is in the affirmative. It just goes with the turf and jail society/culture.

Drug sweeps do not occur within the jail w/o prior notice to those holding. Too many people know too many secrets behind the walls. nothing happens by surprise there. Too much is at stake to leave to chance.

Bernie, I don't understand why some people live to criticize you for reporting. It's like the fascination with criticizing Obama, regardless of what he does. If he says white, bashers say black. If he says black, bashers say white. Here you brought something important to light to inform the public, and you're being bashed for being viscous, casting stones, yada yada. I think someone is jealous because you get your RTK requests filled without filing appeals and lawsuits.

This became a problem under Stofa and Harp but has been brushed under the rug. I hope Mr. Brown takes on the corruption.

When the County allows a convicted criminal - for supplying alcohol to minors none the less - to hold a position of authority at the Prison, it is just asking for problems.

Mr. Brown is well aware of all jail issues. Time will tell..

"This became a problem under Stofa and Harp but has been brushed under the rug. I hope Mr. Brown takes on the corruption."

First, I don't know that there is a problem beyond one corrections officer who was using close to the jail and not long after he got off from work. Second, I have reported what I do know bc I think the public has a right to know that a guard at least appears to have a serious drug problem, although he is presumed innocent. Third, it is counterproductive to make this political and assign blame without knowing the facts. But that's what you do.

Post 7:57 I hope you are implying that some of these positions at the prison will be done away with by Brown.

Maybe Morganelli should be fired for incompetence. He knew about the problem 3 years ago and ....did nothing.

Tricia take your drug cocktail and go post somewhere else. Give a pig a massage or something.