Who's The Real King of Allentown? 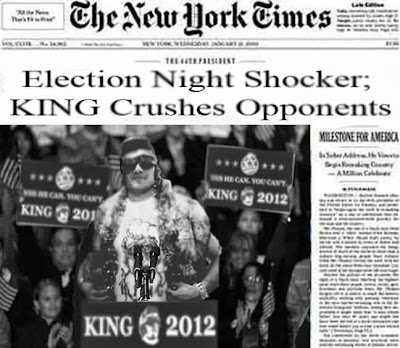 I had always thought Mayor Edwin Pawlowski was the King of Allentown, but during last Summer's Allentown Fair, his throne was usurped by King LegendStatusAllentown. Though he has yet to make his way to City Hall, I suspect it's only a matter of time.

Near as I can tell, this guy plays hockey, drinks beer, wrestles professionally, drinks beer, performs in a band called Atown Sluts, drinks beer and seems to pop up in the strangest places.

"My future wife probably hasn't even been born yet".

"Last night I got kicked out of someone's house because I 'talked for 45 minutes straight about myself and didn't once ask them how they were doing.' What is wrong with people? When a LEGEND comes through have some respect for a LEGEND & be grateful he's even at your house."

"Got slapped in the face 4-5 times tonight by a chick, to me that's still a successful night".

"DID YOU KNOW?: At my last social security meeting they tried to give me lithium."

"Everyone in my car is on LSD".

His band is performing Sunday, 3 pm at Hava Java.

He must be out on work release. 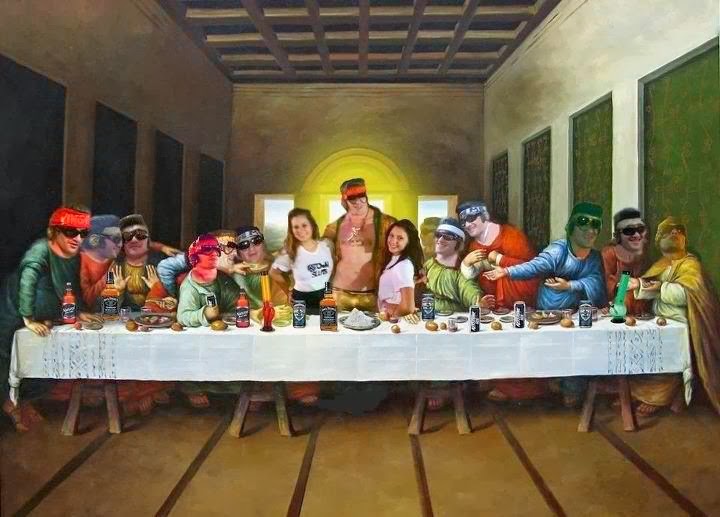 His name is Lee kastalsky and he graduated from in 1997. And yes he is a very weird guy....very weird!!!

The worst beating a ever saw was when I was about 13 years old (1986.) A group of us trouble makers were hanging out downtown on a street corner late one summer night. One of our buddies walked up to one of Easton's finest's cruisers somewhere on Northampton street and a numerical street that will remain anonymous; because if I name the street, you will know the group of kids.

Anyway one of our local knuckleheads, who was much older than I, walks up to the cruiser and taps on the window and politely remarks, "Psst. You want a little pot?" And he brings out a little saucepan. I never seen nightsticks move so brilliantly. Plus we all got chased out for laughing. Until this day, we never let him live it down.

Those cops are all gone now. Most of them dead or retired. But Easton always gets a bad rep. Things were much simpler then.

What the hell does your comment have to do with anything?

Check to see if he pays his taxes and workers compensation. Failure to pay w/c IN PA. IS A 3RD Degree Felony-- Old Peter!

I don't know what's going on

Here we go again with the shady hires in NorCo.

Bernardo you must wrote on the million dollar consultant deal Brown wants to pull. Is consultant the middle name of these republican types.
I really want to see a great resume. She is form RENew LV and that scares me right out of the gate.

We have so many experienced people and very knowledgeable people who would help Brown out if he only asked but that would cost next to nothing.
Just can't get over it.

I am working on the story.

Brown already has a consultant his name is Dave aka sbeltfan togather they know everything. Ask a question they have am answer. They could both sell Upper Mt. Bethel black gold. When will someone research Mr. Browns background, What occurred when he worked on Wall Street? How many past employers fired him any bankruptcy involved?

King Allentown is an Iconic Messiah of extreme magnitude.,