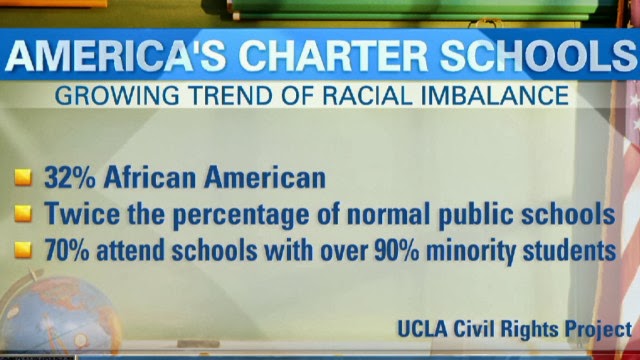 Kevin Easterling, publisher of Lehigh Valley Black News Network, is unhappy with me for reporting that an Easton charter school founder and future CEO is currently on ARD for a sexual offense. You see, the guy happens to be black. Here's what Easterling wrote.


hmmmm...could be circumstantial...who knows...I'm not sure you have all the details (or tried to get them)...trying to find the connection of this post as it relates to a political Blog. (Public School Funds I guess)...sometimes it's not as Black and White as it 'is what it is' maybe... that's why the Express Times didn't touch it, or maybe they don't know....If 'folks'feel comfortable reading an imbalanced Blog post... that's their call...I believe some of your post are not motivated by racial bias but this post is suspect.

Basically, he played the race card.

Now that both The Express Times and Morning Call have "touched" this story, and in far more detail than I, perhaps he thinks they are racists, too.

In fact, maybe the NAACP is racist. One thing that neither daily has told you about this charter school application is that it was opposed by Easton NAACP President Bonita Crowe. She appeared in opposition at the school board hearing last week.  Though pressured before the meeting to keep silent, she responded, "This ain't no social club."

You see, the NAACP is philosophically opposed to charter schools. As Crowe explained to the school board last week, it drains funds from tight school district budgets. There is no "rigorous oversight," as the Vincent Ford debacle makes abundantly clear. She even worries that charter schools could result in de facto segregation. That seems likely in the Easton experiment.

Though Crowe was cut off before finishing her speech, she provided the rest of it to me. It ends with this paragraph.

"Based on the current realities of the charter school experiment in Pennsylvania, PA NAACP has concluded that the most efficient approach to thoroughly educate our children is to put the public's tax dollars and efforts into supporting and improving the traditional public school settings across the Commonwealth."
Posted by Bernie O'Hare at 2/11/2014 12:00:00 AM

It's fun to see the race card pulled on you, a frequent puller of the race card. They and you are why race relations will not get better any time soon.

To the above. I have not heard or read racist remarks made by Bernie. Seems to me you are the racist. It's always so transparent when someone makes accusations of this nature. All they need is a mirror. Look in yours. You aren't convincing anyone with a shread of common sense.

Sounds like Ms. Crowe has her head on straight. Things would run much smoother with a thoughtful, straight forward approach like hers.

How many charter schools would we have if they had to be self-supporting with no public money input?

Esther Lee of the Bethlehem NAACP spoke before our board last night saying the same thing. NAACP is opposed to any and all charter schools.

I attended one of the early presentations for that Bethlehem Charter school and was unenthusiastic. The lead proponent of that one was a gentleman with no educational background and who seemed to be looking for a way to make a living. Having said that, I do support charter schools tyat really offer something different and are run by people who really know what they are doing. I believe the funding mechanism has to change, and there needs to be greater accountability.

For balance of the NAACP position, you should have sought comment from the KKK. Esther Lee is hateful and a strain on race relations. Nothing will improve until she's dead and buried with all the other racists of all ages and colors.

It's no secret (or if it is, it's a bad one) that this is Shiloh Church's way of establishing a private school. The only difference is that, unlike other private schools, which pay their own way, this will be funded by the EASD.

Let the NAACP send reps to be hall monitors in any public school and at Allen at closing. Love to hear their solution for all the brouhaha, many times unruly behavior. As far as their leaders, they should be just that.LEADERS. No parent of any race wants their kids exposed to all the distractions and lack of discipline presently in our public schools

That's crap Bernie, The credibility issue of any school administrator IS important. The color of the man's skin at this point is not an issue.You were not picking on them or him, you were as you usually do reporting the fact that occur in public record. The face that no one else said anything and someone knew is a public trust issue now for those that did know,and said nothing Now my NAACP membership is up for renewal-member id 108116861. My Grandmother Cochran-not here maiden name- would sit in on her Uncle Clarence's court proceedings,watch him smoke cigars with wires in them and do cross word puzzles during cross, he was white too like me, and the first council for the NAACP. You are not a raciest.