Another Shitstorm in Upper Mount Bethel 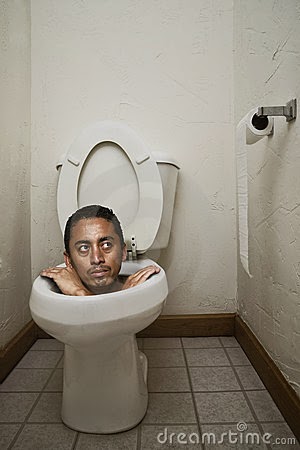 Just when you think there couldn't be any more shitstorms in Upper Mount Bethel, another one comes blowing in. This one involves a Bangor School Director who apparently loves Wagner, and thinks everyone else should, too.

Lump's Deli is home to a Table of Knowledge in Bethlehem, but there are several such tables at The Upper Mount Bethel Diner. There's even a Table of Shit, which is where Ron Angle and his sludge-slinging friends dine every morning. Yesterday was no exception.

One of Ron's friends, Mark Thatcher, was there yesterday, eating spam and eggs, and pontificating on coyotes or something when in blew Bangor School Director Toni Lynch. He's got a new cellphone, and has it programmed to play "Ride of the Valkyries" whenever he wants.

Unlike Lynch, Thatcher is no fan of Wagner. He warned Lynch before that, if he stuck that phone in his ear one more time, it was going in the toilet. So of course, that's precisely what Lynch did.

Thatcher grabbed the phone and tossed it into the toilet, even though it was full of shit chunks. He then returned to his breakfast.

"It was self defense!" exclaimed Angle, who told me he would testify for Thatcher if necessary.

Red-faced, Lynch was unwilling to retrieve the phone. But Angle tells me two of his friends put their snorkels on and dove in. They also photographed it, although I don't have the picture.

"All it needs now is a bowl of rice and it'll dry right up," explained Angle, as he collected the shit from the toilet.

Thatcher offered to buy Lynch a new phone, but he stormed out of the diner and went to the staties. Thatcher has been charged with criminal mischief.

"That idiot doesn't even know what a Valkyrie is," Thatcher told me from his home in the Valhalla section of Upper Mount Bethel. Oden lives right next to Angle, by the way.
Posted by Bernie O'Hare at 2/04/2014 12:12:00 AM

Christ Almighty! Is it something in the air up there or in the shit or toilet paper but that place is laterally and figuratively on the toilet!

I know. Can't stop laughing, especially when Ron gave me the self-defense argument. The bit about the Valkyries is true, too.

You've outdone yourself, Bernie. Did cancellations of town meetings free up time to dedicate to shit?

I deleted a few anonymous compliments.

How is this even a crime? why didn't Lynch just take the new cell phone offer? So now we are gonna have our courts again sludged up with Angles shit? why is it wherever he goes its.. just all SHIT

I don't think it was Angle's shit. He didn't eat breakfast yesterday.

Just saw tony lynch standing out front of penn jersey on the pay phone. Must be calling his lawyer.

I hate when people talk on phones when I eat and have to pay for it! This is 'poetic justice' Oden or Odin the Norse God, and "voluspa"from "valhalia" .No matter,I bet cell phone will not play again at the table ,the Valkyrie's have 'chosen the dead' phone. Great story,worth the price of the fine.All in good fun.

The phone thrower is a jerk. No wonder he s a friend of Angle.

No wonder this happened... look at Angle... and his narcistic friend Thatcher. If he would have grabbed my phone I would have cleared the diner with his face. The two that are hurt by this is the family that owns the place as well as Lynch. Angle himself should have gotten he phone out of the potty as he is the shit mister of the area so one turd hand deep with other turds wont matter.....Does Angle have any creditability anywhere but in his own mind? Perhaps he can get Thatchers head out of his own butt? Thatcher should have bought the man a new phone and apologized to all parties involved and been done with it.

Wagner was a composer whose music inspired Adolf Hitler.

Believe me Anon 3:29, Thatcher's head is up no ones butt!

This all comes down to RESPECT, you have it or you don't. You want to talk on the phone while your in front of your boss , or the Governor,your a jerk off or don't have any respect and then your both! AND, I would submit that Anon 3;29 is right about the owners of this nice diner,they don't deserve problems.Add'l; Wagner, pronounced Vaugner inspired Hitler, but everyone else ,even today.We all have had exposure to his music.

Peter, all I know for certain is that the Valkyries rode right into the toilet bowl, where the music gurgled for a time before fading away.

As for the diner owner, she is a very nice lady whose restaurant is very popular. People go their to get Angle's autograph.

Bernie, inform Ron Angle I will be up when I take my mutt to the vet. I want an autographed photo of him on his shit throwing tractor!

Throw the book at him