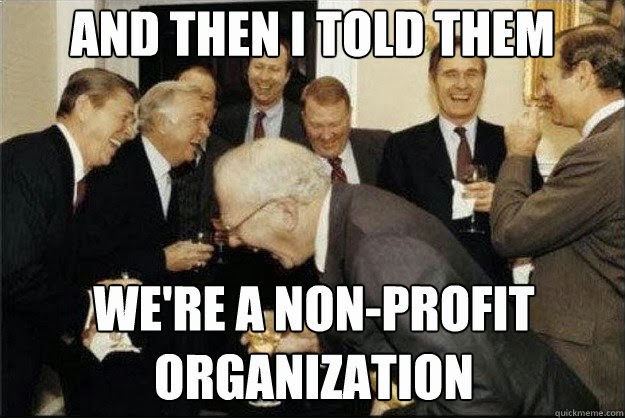 On Thursday, a Northampton County Grand Jury painted a disturbing picture of the Steel Museum, which after 17 years, has yet to open its doors. It pays former Bethlehem Steel V.P. Steve Donches twice the going rate for a executive director. Board director Lee Butz has directed $2.8 million to his own construction management firm. But instead of being embarrassed by these findings, Donches and his Board have circled the wagons, accusing Northampton County District Attorney John Morganelli of  "personal antagonism." Their reaction demonstrates the need for much closer scrutiny of area nonprofits.

First, salaries need to be monitored more closely by the state. Former Properties of Merit Executive Director Sam Bennett once commanded an annual salary of $110,000 at a nonprofit whose annual budget was only $351,000.

Third, service on a non-profit board should be term limited. This prevents any one incumbent from becoming an unequal force and influence over other board members. It also prevents the non-profit from becoming too comfortable and chummy. Board members should be prohibited from advertising membership on a board in any way that might lead to personal financial gain. They should also be barred from accepting contracts with or having a financial interest in any entity that does business with the nonprofit.

Donches and his supporters have pointed to a bad economy as a reason for his organization's failure. But over less time and in the same economy, Artsquest has blossomed on the City's south side. Even though its focus has been music, it has done more to preserve this area's industrial history than the foundering Museum. It is the logical and proven choice for preserving Bethlehem Steel history, and can accomplish that without giving any golden parachutes to the former steel execs whose bad business decisions resulted in the collapse of the area's largest employer.
Posted by Bernie O'Hare at 2/03/2014 12:00:00 AM

Email ThisBlogThis!Share to TwitterShare to FacebookShare to Pinterest
Labels: nonprofits

And don't forget Bernie-we were the VERY FIRST affiliate designated by the Smithsonian-and yet over 180 locations who got there affiliations after us,including P.R. and Panama have open since. It's a shame they can't legally tackle this guy. Good job though Mr Morganelli.

It is about personal integrity and honesty with other people`s money. Shame on this Board , especially Lee Butz.

Indeed Artsquest knows how to make money. And there presence on Bethlehem's South Side has been a success But as far as historic preservation of the former Bethlehem more credit much go to the Bethlehem Redevelopment Authority which has provided much of the money for the historic stuff going on. The Bethlehem Visitor's Center was not developep by Artsquest but it benefited by allowing its offices to be located there. The upcoming Hoover Mason Trestle historic interpretation was not done by Artsquest but its a product of the Bethlehem Redevelopment Authority and the Historic coalition in which we have not seen any Artsquest input. But I admit that the managers of Artsquest are good at doing things and taking things over that are hot. The ongoing tours of the former Bethlehem plant whether they are conducted by the Historic Bethlehem Partnership or The Steelworkers' Archives are not Artsquest in origin but Artsquest serves as a middle man.

But I do say one would think there would be an open National Museum of Industrial History on the South Bethlehem complex by now. NMIH has plenty of collections in storage at Noble Avenue near the airport and every day these are in storage it is costing them as well.

Please give credit to the Steelworkers' Archives for what we accomplished. We offer the public steelworker led tours of the former Bethlehem Plant and will add a motorized tour of the plant and South Bethlehem Churches. We also record the stories of former steelworkers and their families and preserve these stories for posterity. We accept memorabilia and art from the same group to display in public when we get an opportunity. And finally our speaker's bureau goes out to various groups to tell the story of those who worked in steel.

Indeed we are only a small niche in the Bethlehem Non-profit scene. Indeed we know that our active membership only has a few years to get this all together before handing off what we have to others because of mortality factors. But we do it willingly and without salary.

The Hoover Mason Trestle project will have a place for people to record their Bethlehem Steel stories. But as I am said the Archives is already going that.

Many of our ideas are being adopted by the planners for Historic Interpretation of the former Steel Site. Let us hope we are allowed to tell the story.

This whole, sordid episode is a microcosm of Washington, D.C. At the very least, Mr. Donches should resign with apologies.

Over 17 years, one would think a temporary exhibit could have been open to the public that included artwork, photos, small artifacts, and a schedule of speakers. Did such a place exist?

The Bethlehem Visitor's Center on the SteelStacks campus is a microcosm of that. The Steelworkers'Archives and other non-profits donated picture now shown on the wall. We played a role in identifying each picture and contribute memorabilia to a small display case.

At our office on the 2nd floor of the Casino we have a small display as well. And we have interviewed over 150 people and desire to do more. Every day we lose people to interview by death as people hold off in giving their story and experience.

That board has something to hide.

I don't think that the answer is tightening the reins on non-profits is the answer to those who take advantage of the public. The issue is not non-profits, it's these individuals. Many non-profits already operate under a lot of regulations and w/a skeleton administrative staff. The bottom line is that Mr. Donches was not asked to account for his actions for many years, and his board was complicit. The Attorney General should definitely look into this entity, how they spent their money and whether they conformed w/their tax exempt status. It's a travesty.

The problem is easy government money.

Instead of just convincing a congressman, or state rep, or other politician to throw their group a grant, imagine if that group had to actually make its pitch - and find its funding - in the community. The increased scrutiny that would come from a thousand pairs of eyes would be immense!

I'd love to see a chart on how many non profits exist now vs 50 years ago. The number has surely mushroomed!

I'll leave it to others to decide if the increase in non profits has made things better, but somehow people managed to survive without a non profit on every corner.

Given it's large staff and budget, you are completely full of shit. You speak out of jealousy, not reality.

Here is an excellent Op-Ed in the ET:
http://www.lehighvalleylive.com/opinion/index.ssf/2014/02/letter_museum_allegations_are.html#incart_river

You mean to tell me that after Priscilla Payne Hurd donated $10M, that was not enough to fully fund a museum? Donches and all the rest were out to grab as much of these funds as possible. Come on --- 17 years and nothing to show. What other explanation is there???