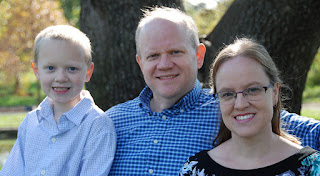 Geoff Brace, who incidentally is the Lehigh Valley's first ever blogger, is seeking re-election to his seat on Lehigh County's Board of Commissioners. He represents District Four, which consists of portions of both center city and the west end.

I have very high regard for Geoff, who has attempted to approach governing in a nonpartisan manner. Although he's a card-carrying member of the Jenn Mann Mob (Schlossberg, Schweyer, Thiel, Tuerk, Robinson), he has managed to maintain his personal integrity.

Here's part of his announcement:

“The year 2020 was an earthquake that shook our nation,” said Brace. “In a dramatic way, it exposed the inequities and injustices we need to acknowledge and face.”

Throughout 2020, Brace introduced legislation to deliver aid to small businesses and community groups throughout Lehigh County slammed by the COVID-19 pandemic.  As a result, millions of dollars of relief found their way into the hands of people directly affected by the largest public health crisis in more than a century.  Additionally, Brace led efforts to advance criminal justice reform in Lehigh County by redirecting nearly $500,000 to bolster youth violence prevention efforts, re-entry services, homelessness prevention programs and make more resources available to the public defender's office.  This was all done without raising property taxes or laying off any county employees during an economic crisis.

First elected in 2013, Brace is currently in his second term.  He was unanimously elected Chair of the Board of Commissioners at the January 4, 2021 reorganization meeting.  In 2020, he was Chair of the Development & Planning Committee and Vice Chair of the Governance Committee.  In 2018, he served as Vice Chair of the Board of Commissioners.  When taking office in 2014, Brace was one of two Democrats on a Republican-dominated board.  Since then, he has worked tirelessly to build a stronger progressive majority, grounded in common sense, independent of special interests and focused on serving the best interests of Lehigh County.

Since taking office, Brace’s legislative efforts have included efforts to protect Lehigh County’s environment through a sustainable energy investment program for businesses and clean water through the Lehigh County Conservation District.  He has focused on strengthening the safety net that provides for seniors at Cedarbrook nursing home, human services for children and youth, mental health, intellectual disabilities and the homeless.  He worked with other Commissioners to eliminate pay-to-play politics and supports campaign fiancé reform which ends the influence of big campaign dollars and special interests.

“I am eager to tackle the challenges we face and hope the voters of District 4 will be too,” Brace added.  “I look forward to fulfilling the mission of rebuilding our region in a way that reflects our shared values, where Liberty and Justice for All are more than the concluding part of the pledge we say at the beginning of our meetings. By focusing on a strong economic recovery, strong democracy and safe environment, we can achieve this mission in Lehigh County.”

Brace lives in Center City Allentown with his wife Sara, who is the Administrative Director at the Volunteers of America Children’s Center and their son Isaac, who attends the Allentown School District.  His brother Doug is also a Center City resident.  His parents, Dale and Maria, live on Allentown’s West End.

In the community, Geoff has been active as a volunteer on the Allentown Zoning Hearing Board, Old Allentown Preservation Association, Board of Governors at St. Luke’s Hospital Allentown, Community Action Committee of the Lehigh Valley and the Lehigh Valley Chamber of Commerce (Downtown Allentown Business Alliance).  He is an ordained Deacon at the Zion Liberty Bell UCC in Allentown where he was instrumental in starting a homeless breakfast ministry.

Brace is currently Legislative Assistant to State Representative Mike Schlossberg, where he oversees legislation, policy and communication for the 132nd legislative district. Geoff has developed extensive experience in community and economic development, having worked for the Pennsylvania Downtown Center, Kutztown Community Partnership, Lehigh Valley Chamber of Commerce and the West Chester Business Improvement District. He uses these experiences to benefit Lehigh County and promote vibrant communities.