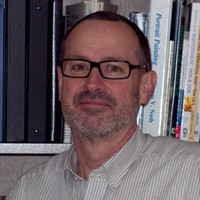 Alan West, 63, of Allentown, was charged with Possession of Child Pornography and Obscene and other Sexual Material and Performances after a student reported seeing child pornography on West’s work computer on campus.

Officers from the Bethlehem Township Police Department were advised from the Public Safety Director at NCC on Feb. 5, 2020 that two female students visited West that Monday, Feb. 3, and observed what appeared to be a young child with her genitals exposed on West’s computer, and that West was feverishly clicking to close the open windows and applications.

In addition, the two students took police to the “lab office” in Communications Hall and identified the computer West was using. West was actively on the computer at this time and was asked to step outside to speak with police. West inquired to police what was going on, and police advised him of the child pornography allegation. Police then asked West if he looks at child pornography on his computer. West’s face turned bright red and while nodding his head yes, he answered “no…yes…no I’m not into child porn.” Police asked what “no, yes, no” meant and West maintained he is not into child pornography.

Later that day, police received a call from NCC’s Public Safety Director who said West admitted to him that police would find child pornography on the computer.

An arrest warrant was served on June 24, 2020, where an arraignment was conducted and bail was set at $10,000 unsecured. Sentencing is tentatively scheduled for May 5 at 9 a.m.

When you destroy your ability to work for others, you turn to "freelancing". Like Mezzaloony.

good mornin pedo! nambla wants you and westy....sign up at pedo peddler insitute on south main in naz.