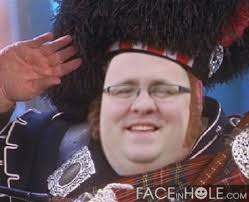 Late last year, NorCo Director of Human Resources Pat Siementioski urged then Executive John Stoffa to dramatically increase employee co-insurance contributions for healthcare benefits.  This is not because she is the Wicked Witch of the West. She was convinced that heavy penalties would be levied against the County in 2018 for having what is called a "Cadillac plan" under the Affordable Care Act (ACA).

Stoffa decided to roll back proposed these healthcare hikes when Council and workers wondered whether this disastrous legislation, designed to make healthcare more affordable, would be changed or perhaps repealed.

Siementioski lost her enthuusiasm for Northampton County after this reversal. She stopped participating in union negotiations. Her appearances at Council meetings also became less frequent.

As a result, Lamont McClure can now call Political Controller Steve Barron to the podium to say the county's healthcare plan is not a Cadillac plan.  For those of you who don't know, Barron is an expert on everything. In addition to being Controller, he's also certified fraud examiner, asbestos expert, nursing home administrator, union activist, college professor, swaption expert, budget analyst and football referee. So it's no surprise that he knows everything about Obamacare. Last week, he floated up there to say that it was his opinion, as an expert on everything, that the County's health care plan is most definitely not a Cadillac plan.

But a few minutes later, under fairly gentle questioning by Glenn Geissinger, Barron von Footinmouth admitted it could be a Cadillac plan after all.

The difference between Siementioski and Barron is that the former is apolitical while the latter's name is signed in at every Democratic club in a 50-mile radius.

Unfortunately, the apolitical Siementioski is leaving. I understand she's scheduled to retire in October.

Executive John Brown has already posted an ad, looking for her successor.

If a majority of Council had their way, she would be replaced by someone who has to be an expert at human resources management and has to be willing to move her for a job that might only last three years.

That is not the entire story on the healthcare impact. I f you don't know that you should not print it until you are sure.

The county does not have a Cadallac plan.

1:40, The entire story is that nobody knows, that the HR Director is leaving, and that Barron managed to say that the county does not have a plan and that it could have a plan in about 15 minutes. If you know details that should be shared, then do so instead of the usual condescending remark.

8:26, Someone posting an anonymous one sentence denial is not really helping the discussion. We need to hear from someone a little brighter than Barron and someone who is not out to burn the Exec at every opportunity, like McClure and Kraft are.

Of course you are joking. Shame about Pat. She is a huge asset to the county and will be missed.

Eventually Pat will be proven right. I would trust her professional opinion regarding the ACA's impact on benefits costs before stooges like Barron and AFSCME. It's unlikely that this law is ever going to be repealed. Another can that was kicked down the road. Something has to give soon because the fund balance is gone. When will someone make tough decisions?

I don't know whether she is right or wrong, but would trust her over Barron any day of the week.

Barron is the all-seeing, all-knowing Carnac of Norco government. At each council meeting McClure opens up the hermetically-sealed mayonnaise jar and sets Barron up with a previously agreed upon response. Dumb and Dumber at work.

Seems the county just wants to push the money on the balance sheet as well as burden the employee instead of actually doing work and seeing what they can do, grouping costs, and seeing what alternatives are out there.

The unions should seek payment from the County for the amount each member costs the County for insurance and then take that money and purchase their own health care. Problem solved.

What the Hell man?? I post some factual information about the county healthcare debate and you dump it. What's up with that man?

I don't know that anything you posted is accurate. I do know you made an anonymous personal attack, and I am fed up with your hatred of Stoffa. What a sick fuck you must be!

Not to worry. Brown will hire an HR director from his corporate past which was anyway? Consultant for whom and when?

I dont think anyone truly knows. i think it is all bs so the county can blame obama care so they can fill up the general fund on the backs of workers. what is the problem with wait and see and if this law is still around in 2018 then change the plan. employees have been loosing take home pay every year. those of us not in a union have been getting the shaft year after year.