Another False Alarm For Trachta 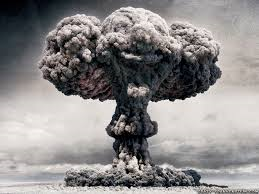 Nazareth Police Chief Thomas Trachta has had one shitty summer. His prosecution of the Sticker Gang, a trio that had dared criticize him, blew up in his face when it was laughed out of court. Now they're suing him for civil rights violations. So is Officer Fred Lahovski, who was wrongfully terminated. Things got even worse on Sunday. While most of us were watching concussions disguised as NFL football games, Trachta had half of the county's police departments scouring the woods around Nazareth Park. Whirlybirds with search lights lit up little Nazareth, scaring all the ghosts away. They were looking for a missing seven year-old girl. But they'd been punked. On Wednesday, Trachta was punked again. Four schools were placed on lockdown while the Chief and 50,000 cops surrounded a vehicle they thought might be connected to the tragic slaying of PSP CPL Bryon Dickson.

All they found were cupcakes.

Trachta and his sidekick, part-time Officer Danny Troxell, want to prosecute the Sticker Gang and yours truly for making false reports. That way they can do another perp walk with new chains. He was daydreaming about that yesterday, when the phone rang, with a mysterious voice on the other end.

Voice: "All right, all right, don't get touchy. It's not like I'm ISIS ready to behead the Mayor at the Indian Tower. Did you want pepperoni on that piz---

Trachta: "Troxell, get in here."

Troxell: "Yes, Chief, What can I do Chief? Can I play the siren again?"

Trachta (lowered voice): "Shh. Get the Pentagon on the line while I keep this terrorist on the phone. This asshole doesn't know I was a New York City cop,"

Trachta (back on the phone): "Now listen, you bastard, you know America doesn't negotiate with terrorists, don't you?"

Voice:  "Dude, I was just asking if you want pepperoni on your pizza.

Half of Nazareth disintegrates and the line goes dead.

Trachta: "Mother of God, What the Hell did you just do??"

Trachta (as sirens wail): "Another false alarm. The Sticker Gang will pay for this!!!"

you are one sick dude. Funny,,,,but sick.

The sticker goons think it is humor.

What do we do?

Give em the screw!

Funny how you are making light of the trooper killed in the line of duty on the day he is being laid to rest!!! You are such a piece of shit I can't wait till the park investigation leads to your front door!!! That's where it's coming !!!!

Haha this should be interesting. Arresting people who have no connection to the park hoax! Be ready to
Pay for another Trachta fuck up coming soon!

You are unbelievable. There is a well armed psycho within a few miles of this area and you want to make a joke out of it.....sick. Not funny. I have 3 kids in those schools. Had the guy actually been here and something had happened you would have had a field day with that too. You should be ashamed of yourself. But I'm not sure that's possible.

@6:48 Wake up and pull the noise out of your ears - the post did not make a joke out of the tragedy in Blooming Grove. In fact, the reference to that incident was appropriate: "the tragic slaying of PSP CPL Bryon Dickson."

Haters like you and 2:23 have nothing better to do than see if you can distort something someone else says for your own purpose. It is so obvious that it just reveals you to be a miserable person with a grudge.

You should be ashamed of yourself.

wow @7:23 you are so blind with hatred of the cops that you have completely missed the point. At no point did I accuse him of joking about the shooting. Jackass.

Holy deputy doggy shit❗💩 batman were back in the town of Nazareth. Looking at the case of the missing cupcake's. Mean while back at Bernie's place . Bernie was busy looking into other wrong doing's by mayor Dinkle Pussy, chief Yosemite Sam,Deputy Dogg, and rubber boy. Stay tuned. For hidden evidence.(In the case of the missing Cupcakes) Da Da Da Da Da. When Batman and Robin finally get to meet Bernie.For coffee and cupcakes. Till then.

Good morning Bernie ❗ Well good morning to you and Robin,Batman. Any more on those missing cupcakes batman ❓ Yes Bernie we believe it is the work of mayor Dinkle Pussy. Are you sure Batman ❓yes but I don't believe he is doing it alone.We think he is just one of many puppet's doing the work of one puppeteer.Bernie do you have any idea who this might be. Bernie eyes stained,then turned bright red,and yelled yes .Mean while back at the man cave. Chief Yosemite Sam,was planning to cut Deputy dogg and Rubber boy's string. I'll drop both of you on your face.If I see one more FT Cupcake .Do you two understand me. Yes sir Hal. Shut up I said never say that around Mayor Dinkle Pussy that hurts his feelings right Mayor huh what. Nothing Mayor close your eyes and go to your happy place. Chief what's Mayor Dinkle Pussy doing to himself OMG.I don't know,get him out of my man cave.Before he gets it all over the place OMG get him to late.God dam it,Dinkle Pussy when you come out of your happy place,your cleaning it up .Not me said Deputy Dogg troxell,Chief Yosemite Sam makes me clean up after I have a n accident.Not me said Rubber Boy.I leave it laying around.Let someone one else pick it up.Mean while.Back at Bernie's place . The Three Crime fighter's are busy planning their traps. Batman asked Bernie doesn't anyone on council have any balls ❓ Yes but she's a woman OMG .till we see the mushroom face Bernie.

Batman look the clown face in the cloud ❗Holy Dogg 💩 your right Robin. Bernie must need are help ❓ let's go see. Mean time back at the Man cave. Dinkle Pussy was just cummimg out of his happy place,where Yosemite,dogg,and rubber boy were crouched in the corner . God dam it pussy. Clean that mess up Dogg.Why me Dinkle Pussy made it . Shut up and get your ass working down there. Afterwards clean Rubber Boys car out Dogg. Why me ❓ Two words Sticker Gang .Oh yeah, great plant evidence a few hundred times,get caught one time,your screwed till the next time.Right cupcake ❗I mean chief.Rubber Boy stop laughing.Or I'll tie it in a knot . Get it Boy⁉ Mean while back at Bernie's place the 3 crime fighters sat down to discuss their next move . I'm glad you saw the emergence signal. We couldn't miss it Bernie. So what do you have in mind . I found,after talking too the great Nazareth people ,they are ready and willing to vote out council. Great news Bernie are you sure ❓Mean time at the Mayors' office.Where the chief was telling all the council members what to say. Now let's go over this again all together. Don't ask the chief,talk to us we will pick an choice what to ask me I mean him ❗ Cupcakes anyone ❓No No get them out of here you you you puppet's. Well Bernie I pray the fine people of Nazareth knows how much you care and love Nazareth. Good by Bernie till next time.