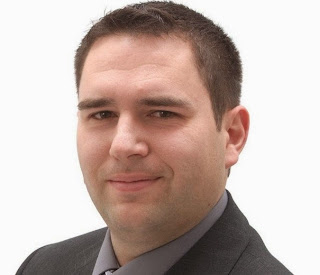 Although I think local parties are virtually useless, I'm no fan of elected officials who serve as officers in their local parties, be they Democrat or Republican. Elected officials represent everyone, and have an obligation to consider all solutions to a problem, not just those offered by their own party. A few months ago, during a conversation with Bethlehem City Council member Mike Recchiuti, I made that complaint because he's also the Democratic City Chair. I expected the usual nonsense, but he told me at that time that he had been seriously considering ending his role as a city party boss.

Well, he's done it. I received word last week that Mike is stepping down. Consultant John Blankstein was asked to run, but has declined in favor of Olga Gonzalez.

I believe this makes Mike a better member of Council.

FYI Mike and Donchez get along. No he was not Mike's choice, but Mike does a fine job with Donchez. Why don't you ask Bob if he has a problem with Mike, before you spew your mouth

I have no intention of speaking either for the Mayor or the Councilman, but 6:37a you are quite simply making things up out of thin air.

Another Callahan flunky. He should be voted out.

Callahan is not around, not in office etc. Neither is Joe Long around or in office. Your references to them are getting so old, you are dating yourself. Most people don't even remember who your talking about.

Everyone in Bethlehem knows what anon 5:08 is talking about. It has torn the town apart. Most of the current office holders are of the Callahan camp. They may jump ship but that only proves they are mercenaries and not legislators. Throw them out and elect real representatives of the people.